'Not worth the risk': Troopers end escorts off US 2 east of Skykomish

US 2 is closed until further notice between Gold Bar and Stevens Pass due to downed trees and power lines. 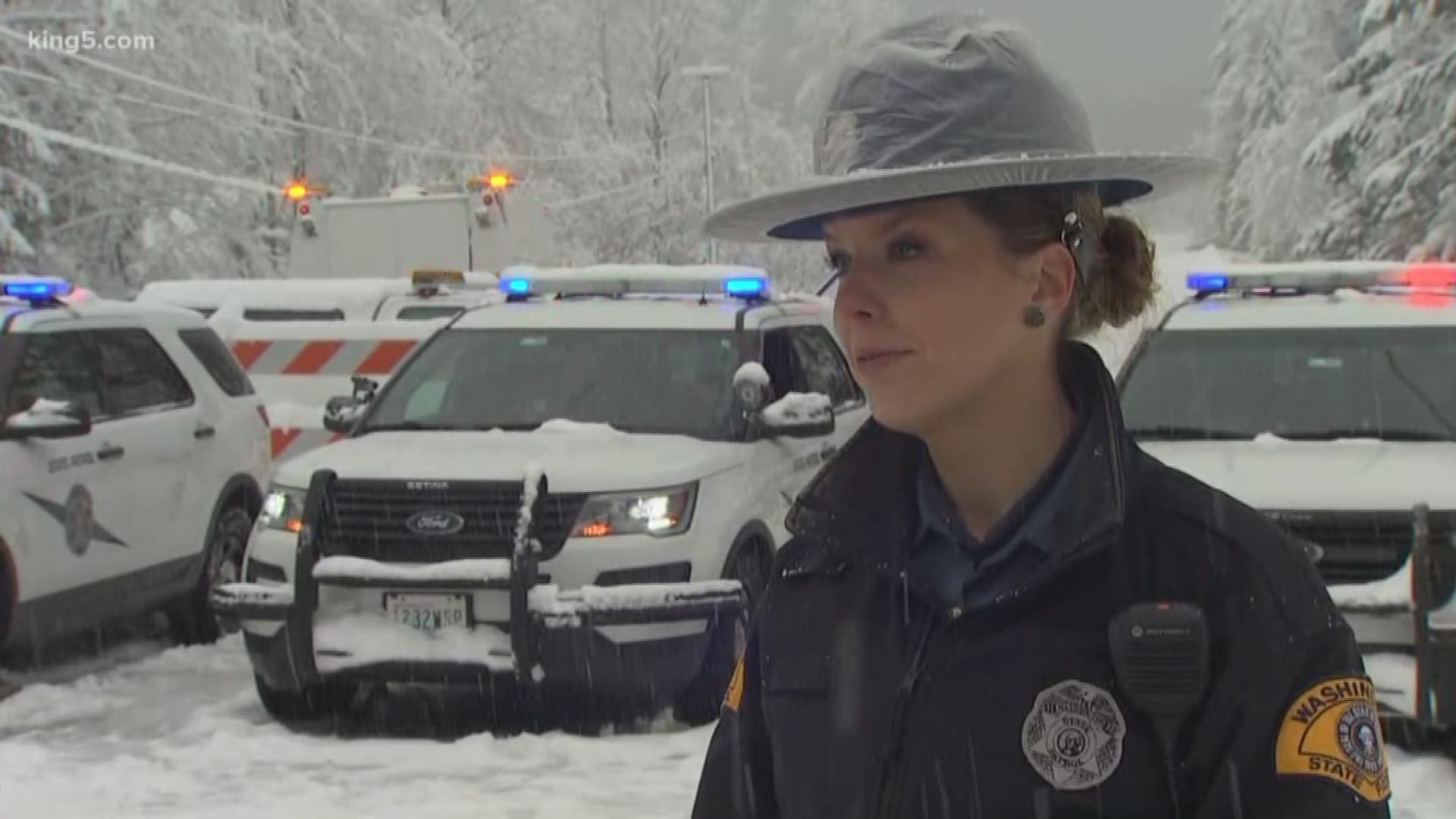 At one point, between 200 and 300 cars were stranded between the cities of Gold Bar and Skykomish, the Washington State Department of Transportation (WSDOT) said.

WSDOT said the road will remain closed until crews can safely clear the area. There is no estimated time for re-opening.

“It’s absolutely not worth the risk,” Axtman said Monday.

WSDOT officials said trees along US 2 are covered in snow and ice and could fall or break onto the highway.

Occasional convoys were arranged Monday to shuttle people in and out of Skykomish and surrounding towns so they could get supplies. Troopers conducted the last escort of cars to Index on Tuesday.

"As we were coming back down, several trees were coming down all around us. We will no longer be conducting escorts," Axtman tweeted.

Troopers said the pass was closed from milepost 32 and that drivers were no longer able to go east from there until further notice.

Buses full of middle school children from Seattle were stranded Sunday after a weekend ski trip. The WSP helped escort the buses and other drivers off the pass in a brief window of clearing on Monday.

The owner of Steven's Pizza opened her doors to the stranded drivers and students, offering food and shelter until 3 a.m. She had no power and operated by the light of a cell phone. 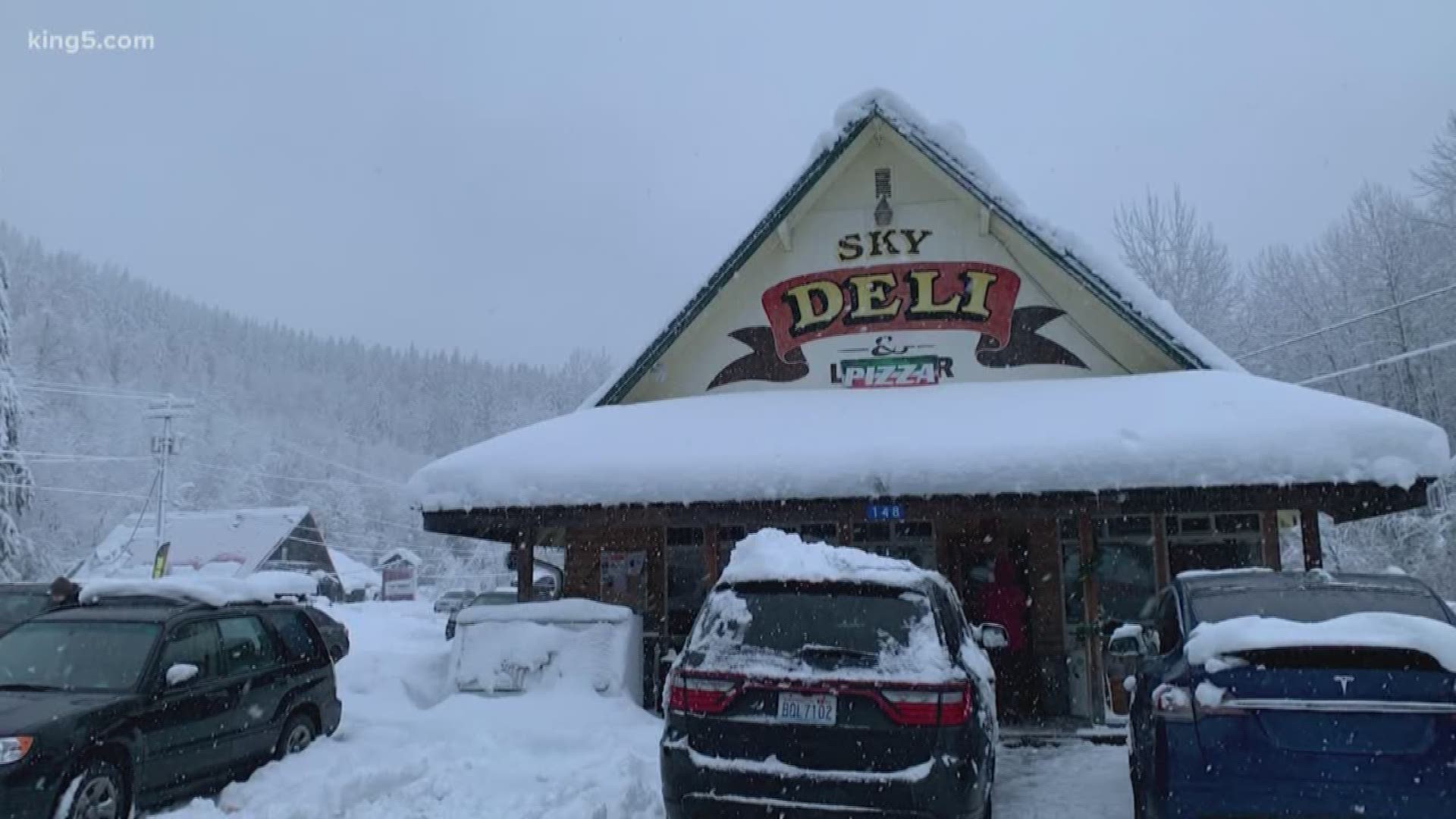 Residents who live near Skykomish said some drivers had to stay in their cars overnight Sunday or find somewhere to stay due to the closure. Anthony Vega, who lives near Skykomish, said he tried to help those who were stranded.

"It's crazy out there," Vega said. "I've literally taken, what two, four, six, eight people off the highway and have gotten them into cabins, like sleeping on couches."

Vega said there were trees on cars that were stuck on US 2 due to the closure.

RELATED: Skykomish mayor explains why there was no emergency shelter open during snowstorm

At around 10 a.m. Monday, Washington State Patrol and WSDOT identified a brief window to open the pass, allowing the students and the rest of the stranded drivers to head home.

Also see | Tips for driving in the snow and ice 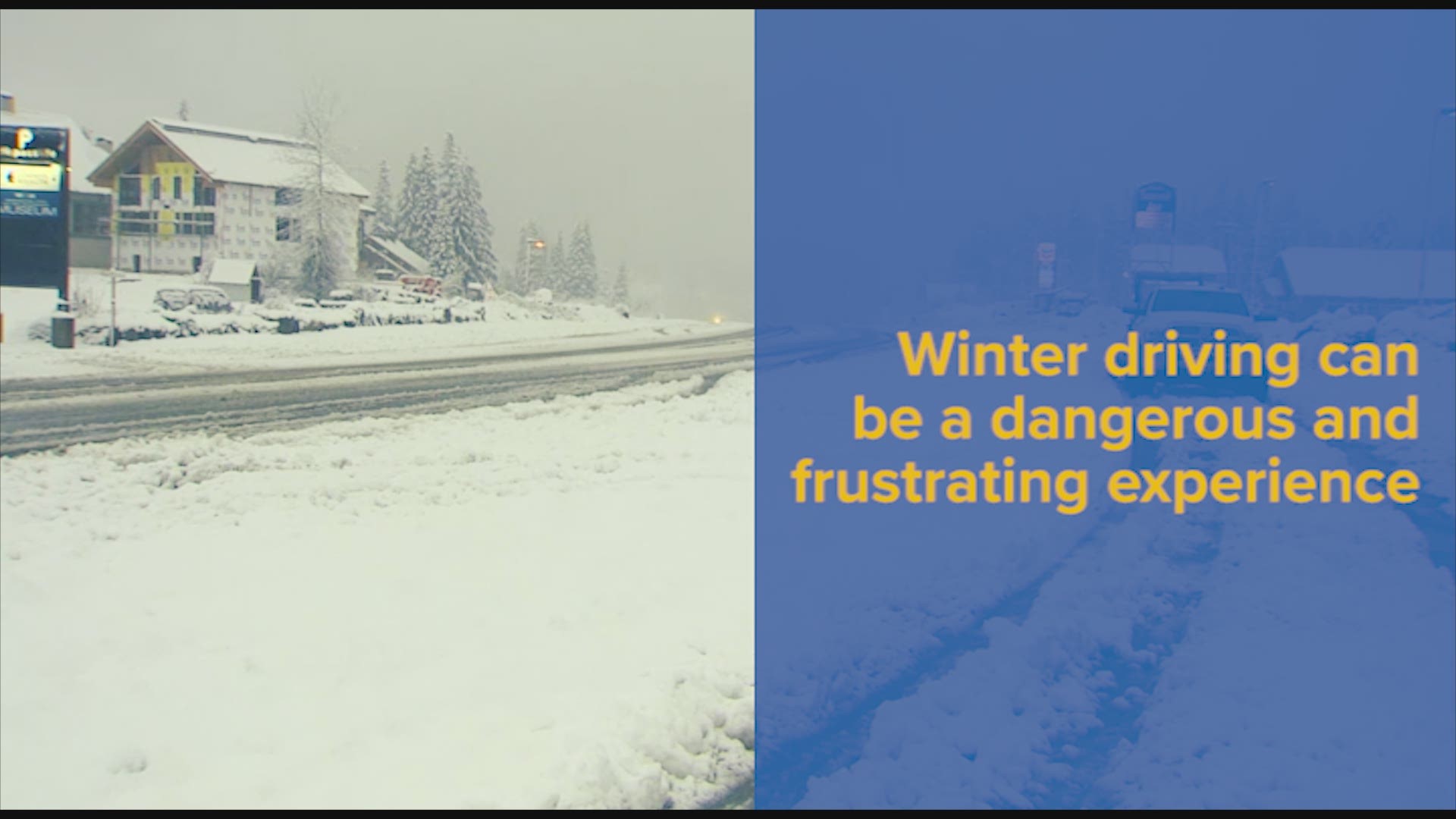