A woman and her adult son died after a large tree hit their vehicle Sunday on Preston-Fall City Road. 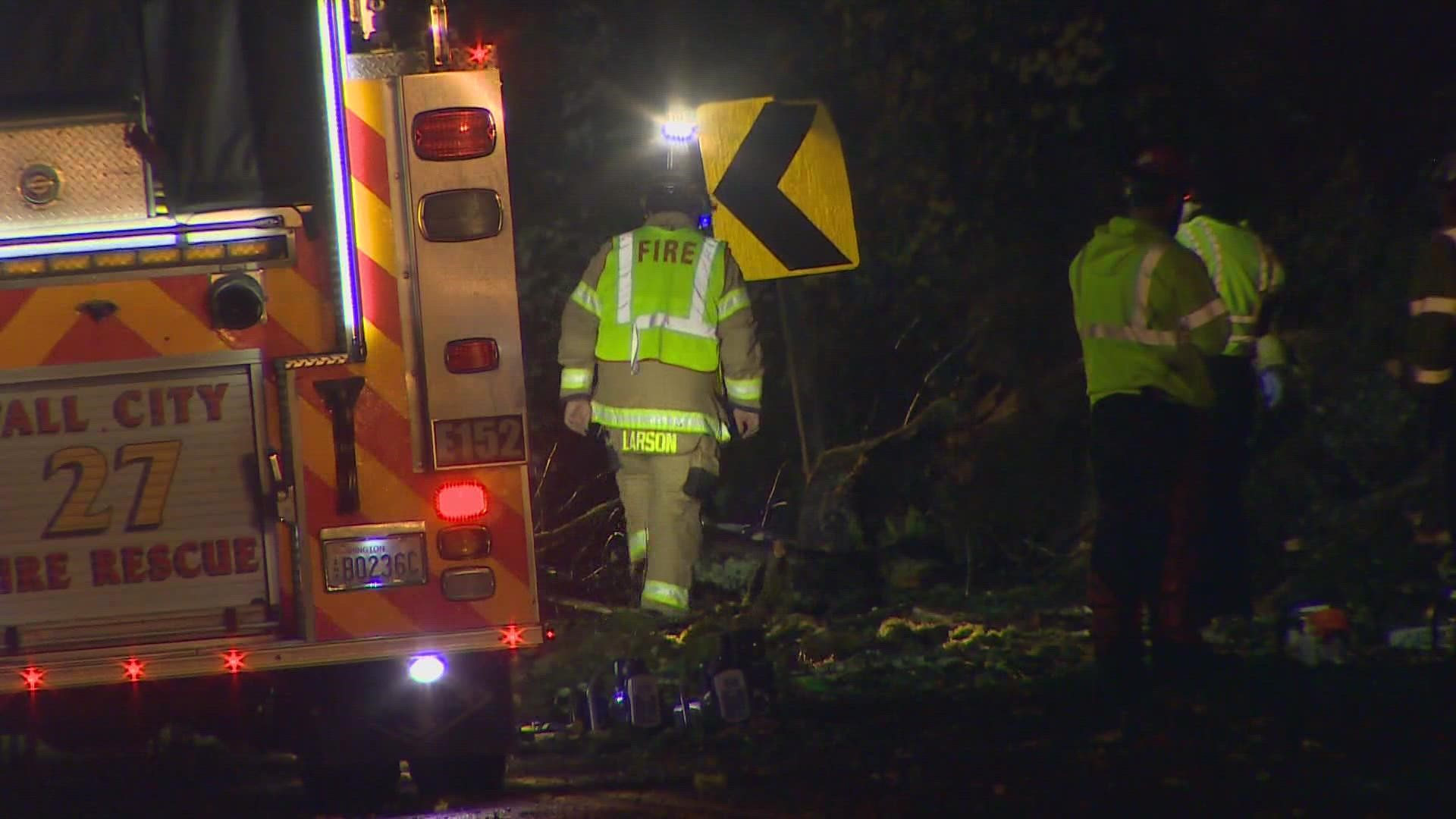 PRESTON, Wash. — Two people died after a tree fell on their vehicle Sunday afternoon in Preston.

Eastside Fire & Rescue responded to the scene on Preston-Fall City Road just after 3 p.m. The roadway was shut down for hours.

The King County Medical Examiner identified the victims as 59-year-old Camile Martlin and 22-year-old Max Martlin. A Facebook post by the man's girlfriend said family and friends were heartbroken to learn the mother and son had been killed by a falling tree.

The tree measured 8 feet wide in diameter at the point where it snapped, according to the King County Sheriff's Office.

A spokesperson with the sheriff's office said it was a devastating scene, especially after noticing two pumpkins in the trunk of the vehicle.

"I see two pumpkins in the back that probably need carving. And my heart goes out to the families..." the spokesperson said.

The incident occurred on a day when the region is dealing with the strongest wind of the season so far. Peak wind gusts reached 61 mph at Paine Field in Everett on Sunday. Gusts reached 40 mph at the Washington State Fire Training Academy, which is about 20 miles east of Preston.

The Puget Sound region will undergo persistent wind blowing and gusting over the next two days as a possibly historic system moves in.

Eastside units are on scene of a fatality incident on the 7700 Blk of Preston Fall City Rd SE. Please avoid the area. pic.twitter.com/Ls3bhYjQv3 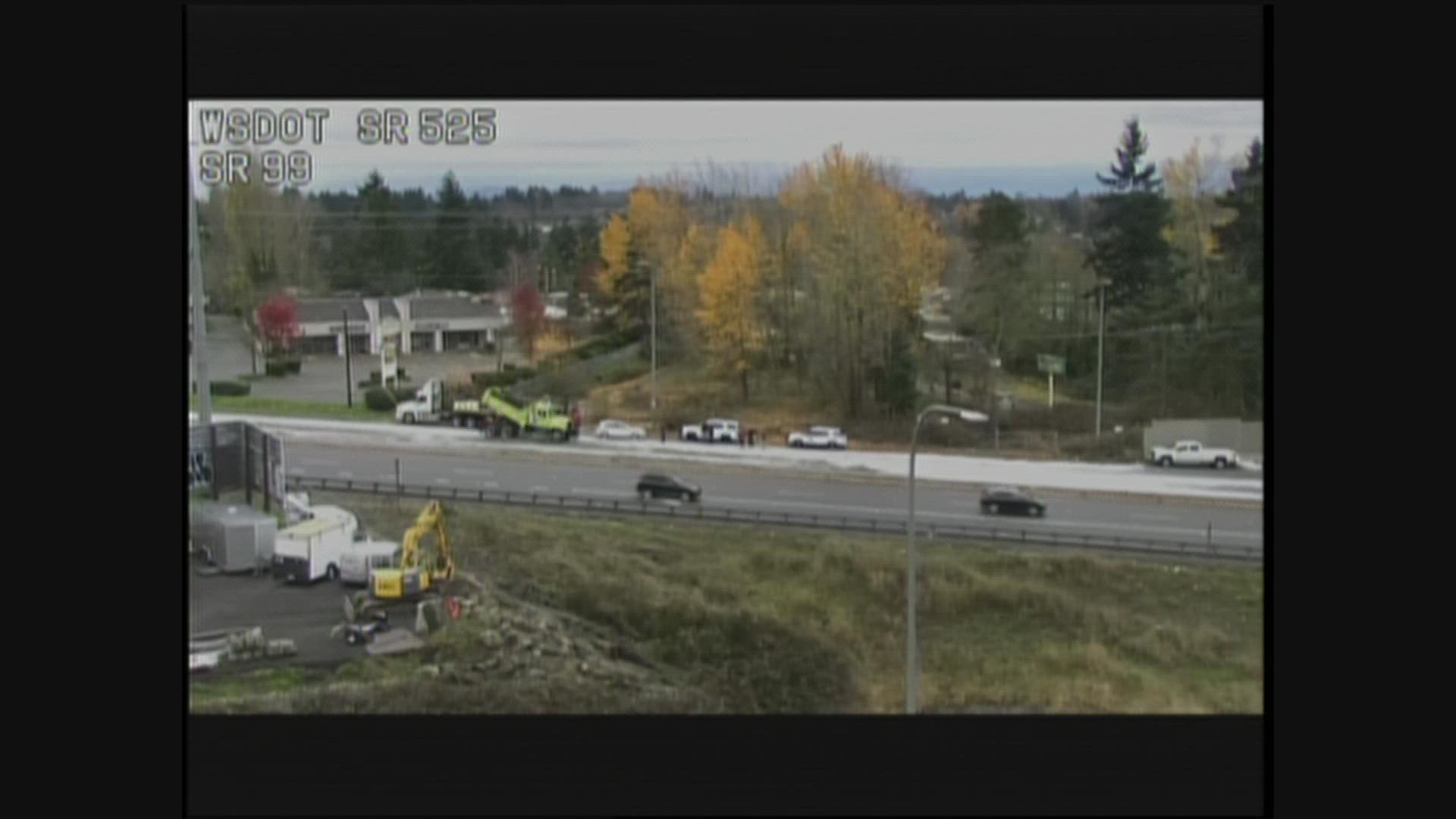