Multiple lanes were blocked for hours after a semi-truck lost control and rolled over on I-5 in Seattle. 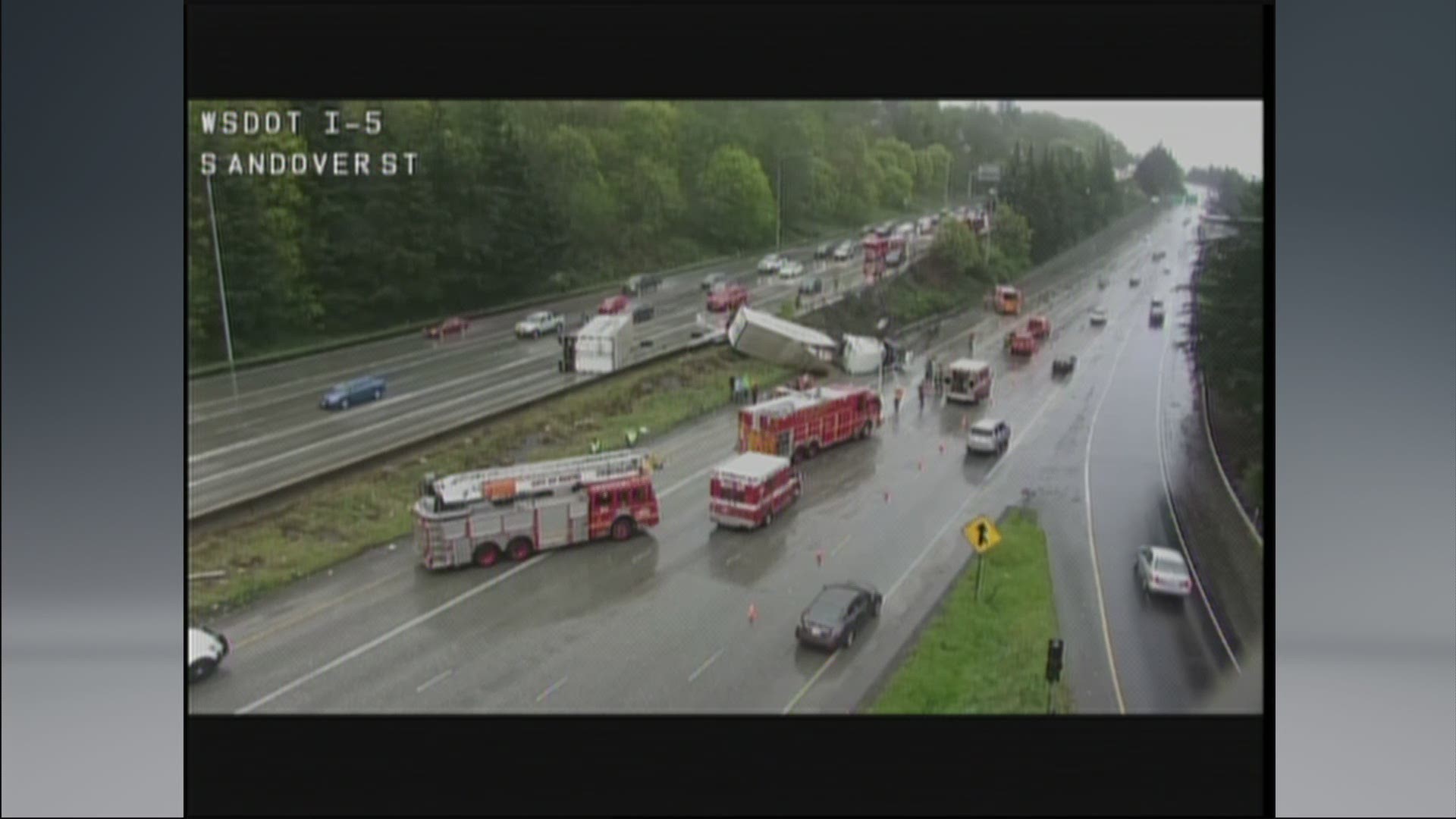 SEATTLE — Investigators have determined the driver of a semi-truck that crashed on Interstate 5 in Seattle on Saturday morning appeared to have fallen asleep.

"Troopers will be looking into how long the driver had been driving prior to the collision and why he was fatigued," Washington State Patrol Trooper Rick Johnson said in a tweet.

At one point, the crash blocked multiple lanes of northbound and southbound I-5 at South Andover Street, just south of the West Seattle Bridge. As of 1:30 p.m., just the HOV lanes were blocked.

The driver has minor injuries, according to Johnson.