At one recent crash scene, it cut the time necessary for taking photos from three hours to 20 minutes. 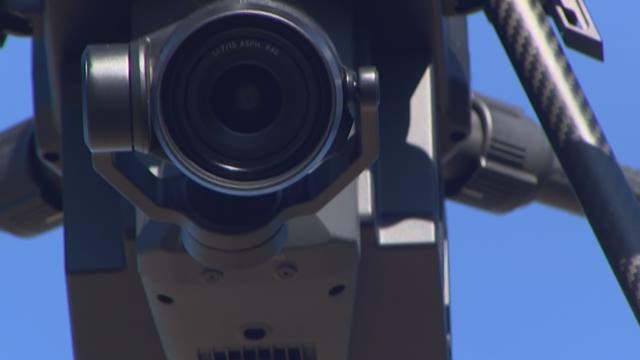 Don’t call it a drone.

He has a nickname for it.

“Effective” is how the state patrol views the pilot program involving three unmanned aircraft on I-5 between Olympia and Marysville.

Since the program started in July, Gunderson said they flown over 20 crash scenes.

Ice Man flew over I-5 in Tacoma last Thursday afternoon when a rollover crash blocked two lanes of traffic.

Gunderson said he was able to take more than 200 digital photos to document the scene in a little more than 20 minutes.

Without the drone, he said that would have taken three to four hours.

As a result, the lanes were reopened and the wrecked cars were cleared hours earlier than usual.

Gunderson said that's saving WSP in overtime costs, as well as reducing backups and accidents that are caused in unexpected slowdowns.

“That’s why we invested the time, money, and effort into this program,” said Gunderson, “We think it’s really going to be a game changer in clearing the roadways.”

Governor Jay Inslee allowed WSP to fly the drones in traffic investigations, as long as privacy concerns were addressed, said a spokesperson.

WSP said the aircraft will only fly over serious crashes and does not have permission to fly above people.