These are the five worst spots in western Washington for gridlock, and here's how we could fix them. 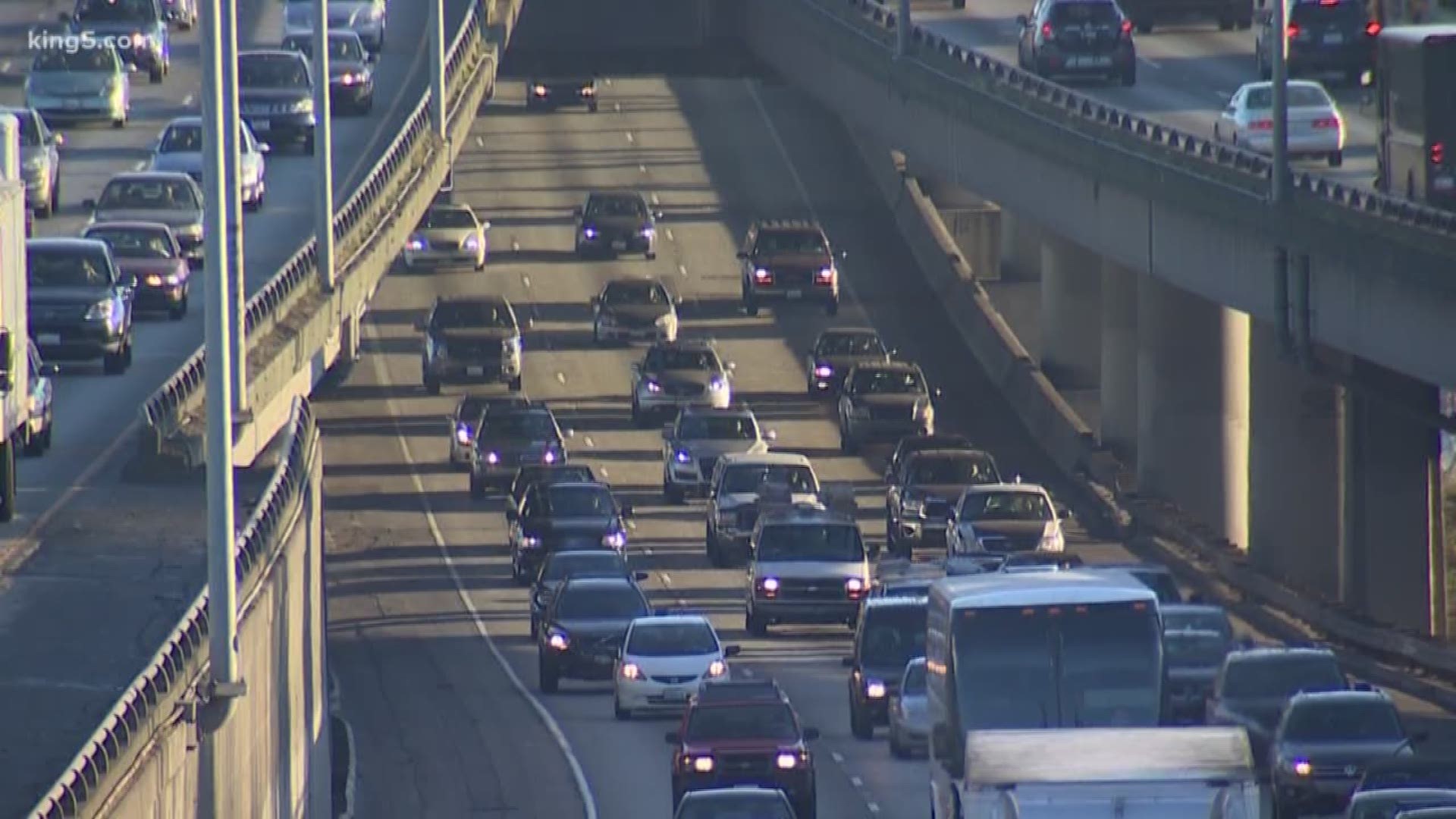 MARYSVILLE, Wash. — We're taking a look at the worst of the worst traffic spots in western Washington – and some of the solutions to the problem.

A problem spot in Marysville has city and state transportation officials working to come up with a fix.

Interstate 5 traffic between Everett and Marysville gets congested during rush hour.

According to the Washington State Department of Transportation, between 1980 and 2017, the population of Snohomish County increased 137%. It's expected to gain another 200,000 residents by 2035.

This explosive growth increased the number of vehicles using I-5 between Everett and Marysville, with around 65,000 a day in the northbound direction alone.

"Just seeing the growth take place, especially out of the recession, it's significant. Certainly home values and all that is driving all of that growth coming up to Marysville. It's more affordable," said Jeff Laycock, Marysville city engineer.

However, drivers rejoice, help is on the way. 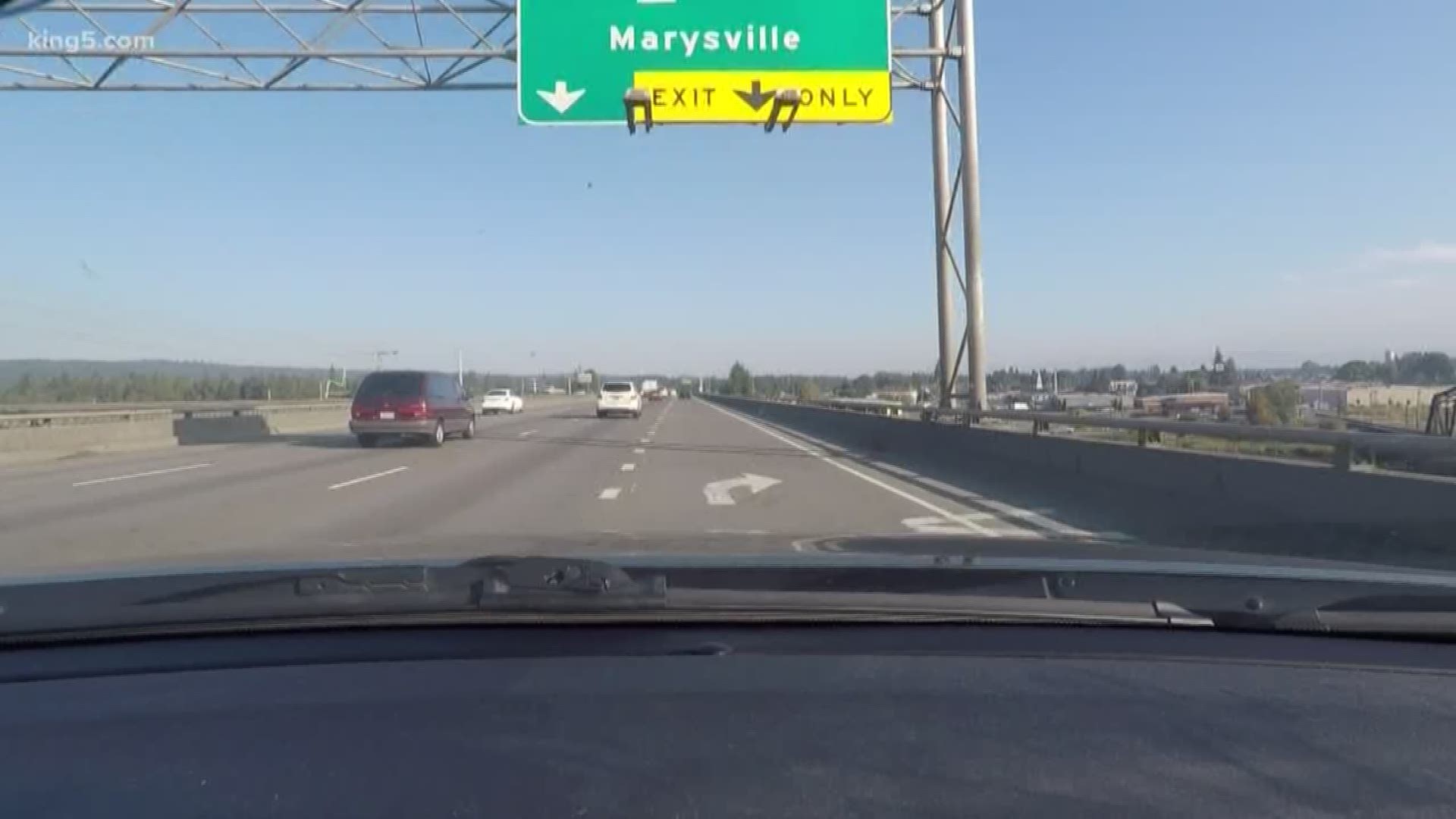 The First Street Bypass is just one of many projects tackling the explosive growth in this area.

The First Street Bypass will give drivers another option to get off of I-5 and head east into Marysville. It includes improvements to provide east-west connectivity from State Avenue to 47th Avenue.

Once complete, it will hopefully decrease congestion downtown and allow people to use First Street instead of having to sit in traffic to get off at the Fourth Street exit.

The project is needed in order to decrease congestion at Fourth Street and to mitigate traffic congestion through downtown as a result of the new state freeway interchange coming at State Route 529 and I-5.

First Street will become an arterial and will include bike lanes and a shared-use path on the south side. The project is scheduled to start construction summer 2019 and is anticipated to be complete by end of 2020.

The First Street project will work right along with the new improvement being made to I-5 in Marysville.

The project also includes a new peak-use shoulder lane on northbound I-5 that will hopefully reduce backups and improve traffic flow during the afternoon commute from Everett to Marysville. 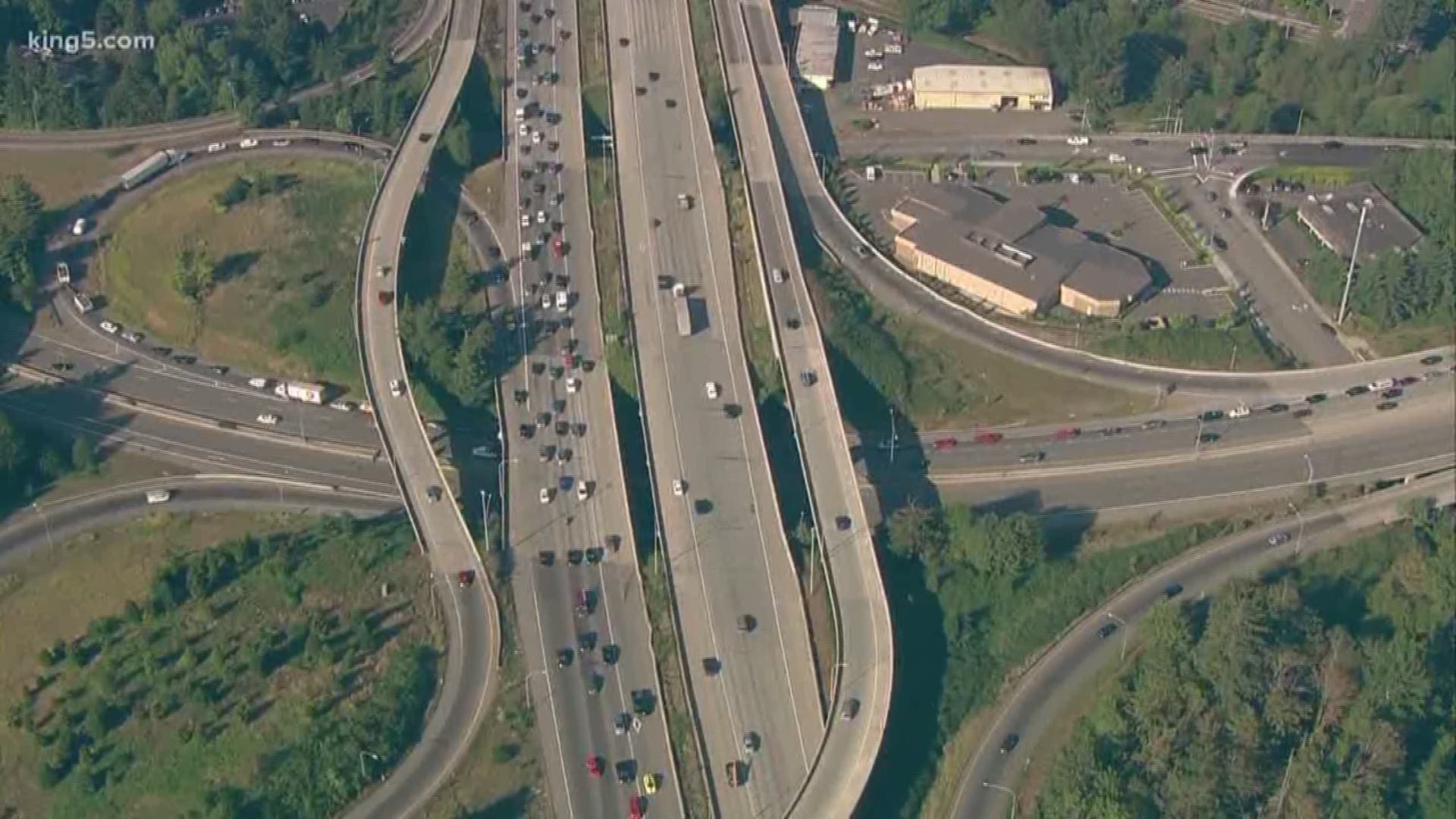 Traffic congestion in Bellevue is hard to miss.

However, a local traffic analyst says the stretch of Interstate 405 through the downtown area is really only a minor part of the problem.

Mark Hallenbeck, director of the Washington State Transportation Center, which researches transportation trends throughout the area, says when it comes to the growing Bellevue area, southbound I-405 sees the worst congestion.

Hallenbeck says much of the congestion is a result of Class C weaving. As cars enter the highway, drivers already on the road start to change lanes, in turn, creating more congestion along the already congested highway.

RELATED: Project to improve traffic flow in Sumner to start on Monday

Hallenbeck says while it appears the issue starts in the downtown area, it actually begins as cars merge onto I-405 off of State Route 520 and Interstate 90.

"The big thing that is going to happen in Bellevue is the same thing that's happening in Seattle, and that is fewer people will drive cars into Bellevue. One - it’s going to take a lot of money to park. In Bellevue, it already does," said Hallenbeck.

Hallenbeck says eventually more people will come into the city on transit, which is what should happen for any major urban area. 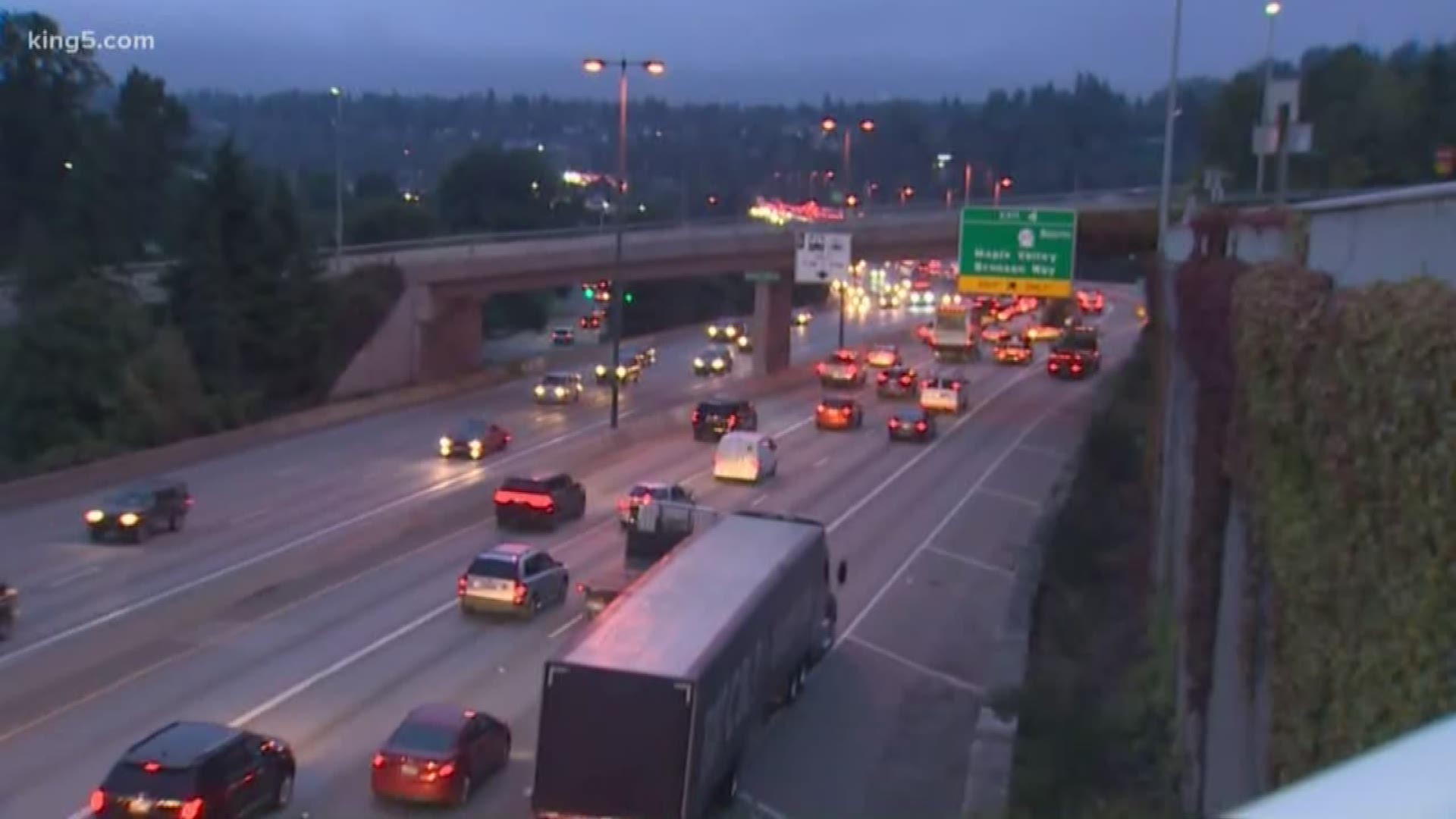 The Washington State Department of Transportation has identified the area between Renton and Bellevue along I-405 as one of the worst commutes in the state.

Thankfully, some relief is on the way.

During peak commute hours, drivers were going about 27 mph, compared to the normal 60 mph without traffic.

Transportation analyst Trevor Reed says the s-curve pattern is a challenge for drivers.

"Those curves are pretty difficult to navigate, so even if you a widening or a lane it would be difficult to resolve the congestion down there," said Reed.

WSDOT is moving forward with the Renton to Bellevue Widening and Express Toll Lanes project, which will add new capacity to create a two-lane express toll lane system between SR 167 in Renton and Northeast 6th Street in Bellevue.

In general, the project will add one new lane in each direction.

The existing HOV lane will be combined with this new lane to create a dual express toll lane system.

This project is currently in the design phase, with construction scheduled to begin in 2020. 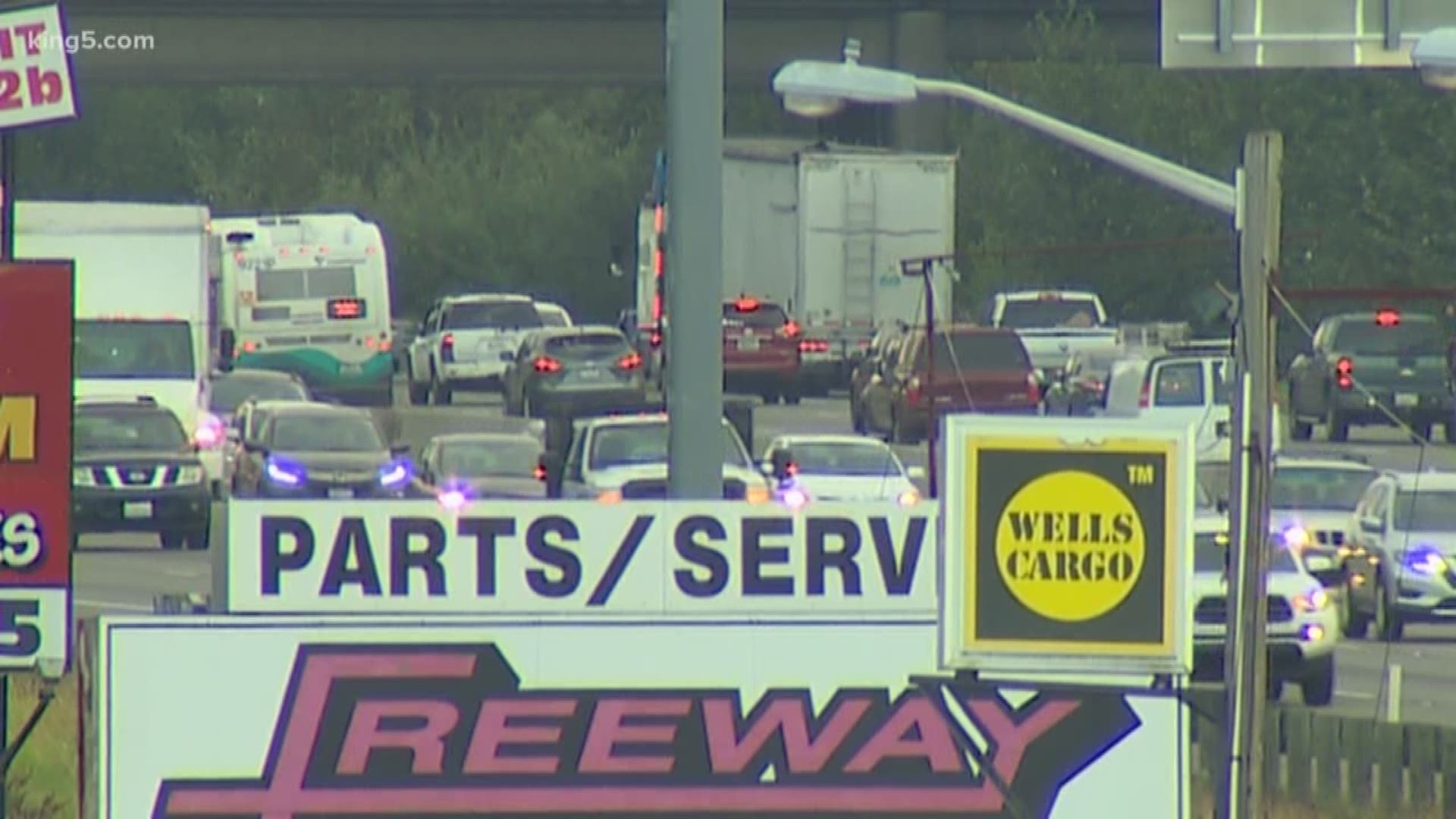 What is known as the Fife curve on I-5 has become infamous for traffic delays.

It's known for traffic backups on I-5 in either direction.

During peak commute hours, speeds can drop to 14 mph, according to data from INRIX.

Southbound backups begin to grow around 2 p.m. It can take several hours before drivers see relief.

Transportation analyst Trevor Reed says the earlier you try to beat the traffic, the better.

"The only way to get ahead of it is to either leave before or after the congestion sets in, and in order to do that you probably need to leave before 7 [a.m.] - probably 6:30 - is when you need to be hitting those curves. And then after 7 [p.m.] in the afternoon," Reed said.

The Washington State Department of Transportation does not have any current plans to change to curve itself, but there are plans to improve congestion in the area.

The SR 167 Completion project will build the remaining four miles of SR 167 between Meridian and I-5, completing a long-planned connection to I-5. The project also includes a two-mile connection from I-5 to the Port of Tacoma. Major construction for the first phase would likely begin in 2019. A second phase would begin in 2025.

The Puget Sound Gateway Program is also expected to help alleviate congestion. It's composed of two projects: the completion of SR 167 in Pierce County and the completion of SR 509 in King County. Major construction for a first phase would likely occur in 2019-2026, and a second stage in 2025-2031. 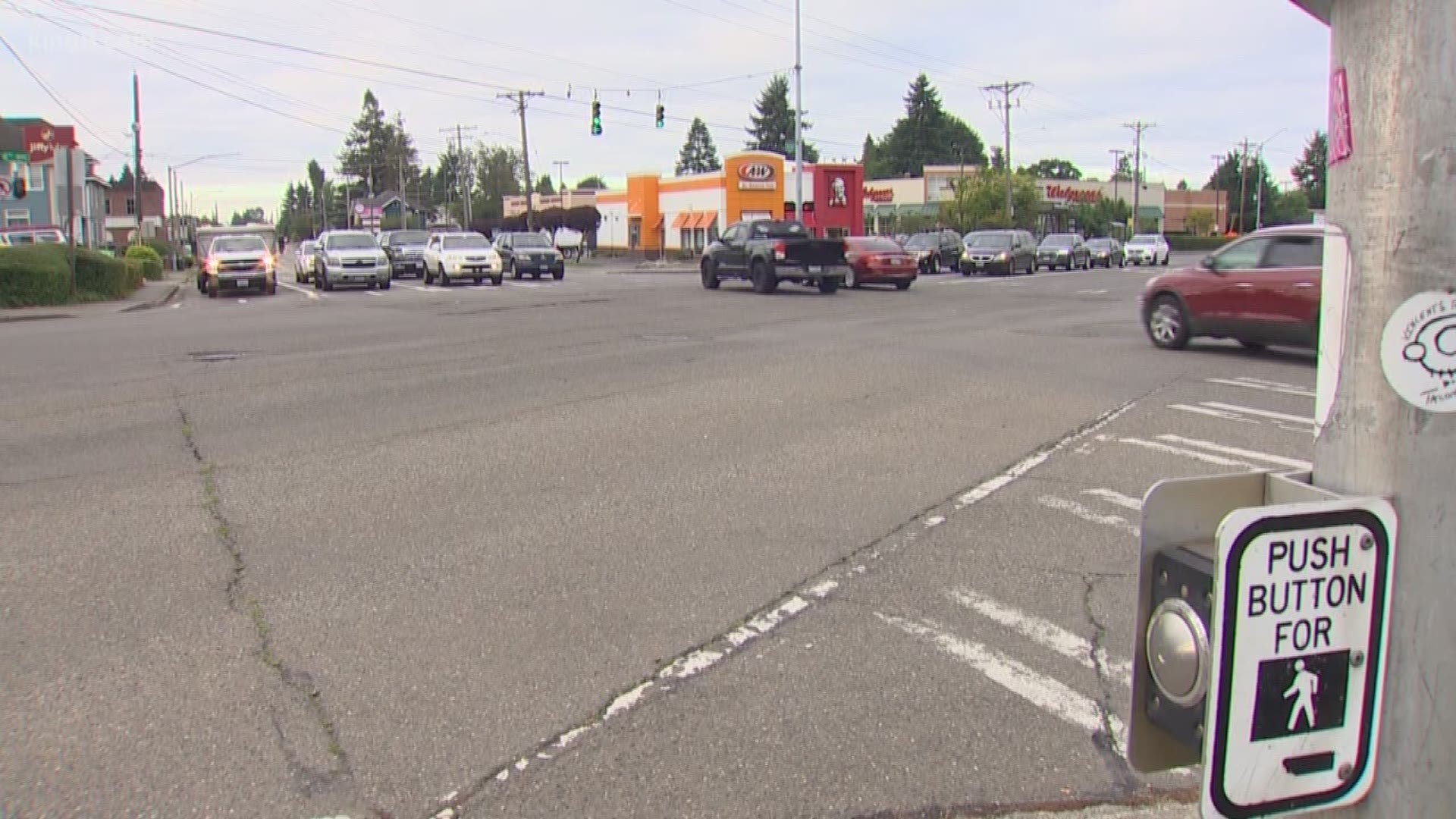 The Tacoma area is seeing plenty of growth. The problem with that is the impact on the city's infrastructure.

A big problem is the city's traffic signals. Tacoma has 335 signalized intersections.

Five of the worst red light delays are at 19th and Sprague, Sixth and Sprague, Marine View/SR 509 and Taylor Way, 19th and Pearl, and St. Helens/Tacoma Avenue and Division.

There are more than 4,000 vehicles that travel through 19th and Sprague. Red light delays there are about 2 minutes and 35 seconds.

Many of the city's traffic signals are old and need to be upgraded with new technology.

“One of the things that does create some of that delay is we have old and broken vehicle detection so if the traffic signal doesn't know where the car is and where the drivers are it's hard to efficiently allocate that time," said city transportation engineer Josh Diekmann.

Relief is on the way, however.

Each location has a project underway - or scheduled to begin - within the next year. Improvements at all five locations are expected to be completed within the next three years.