A semi-truck and seven other vehicles were involved in the collision. One person is in custody for investigation of reckless driving, according to state troopers. 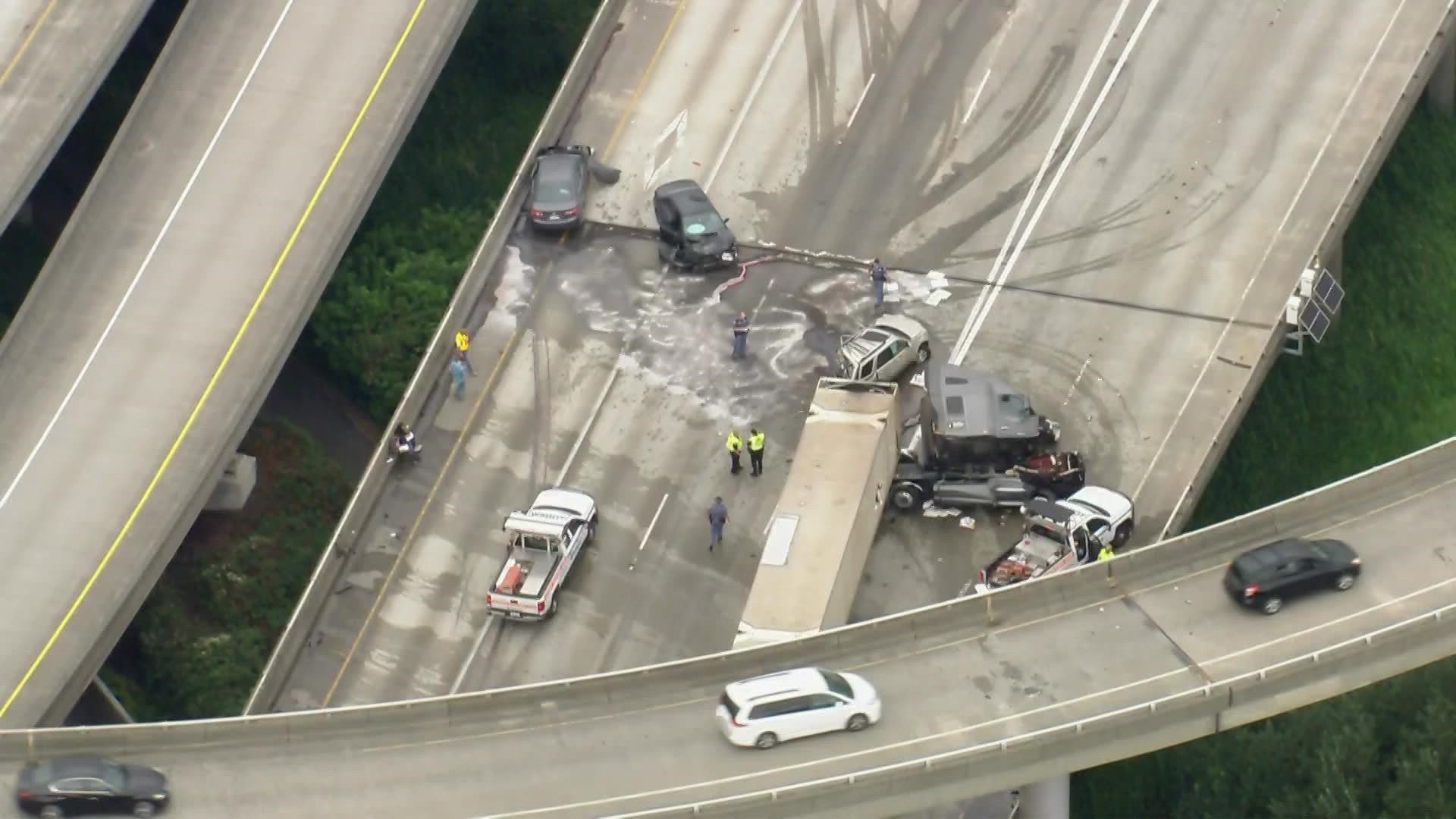 BELLEVUE, Wash. — All lanes of eastbound I-90 near I-405 are back open in Bellevue Friday night after a multi-vehicle collision snarled traffic during the evening commute.

The collision happened just after 4 p.m. on eastbound I-90 at Bellevue Way SE. The roadway reopened hours later around 9 p.m.

A semi-truck and at least seven other vehicles were involved in the collision, according to Washington State Patrol Trooper Rick Johnson. A portion of the front end of the semi-truck went over the side of the freeway and landed in the bushes below.

Credit: WSP
A portion of a semi-truck went over the freeway and landed in the bushes below on Friday, Aug. 20, 2021.

Only minor injuries were reported for the people involved, according to the Bellevue Fire Department.

One person is in custody for investigation of reckless driving associated with the collision, according to Johnson, who added that the suspect vehicle is not the semi-truck.

Our units have been on scene of a collision involving a semi and multiple other vehicles. Fortunately, there were no victims trapped, and there appears to be only injuries. We are working to contain the spilled diesel fuel. @wsdot on scene and @EcologyWA notified. pic.twitter.com/GXdm5pTYk4

Here is a visual of that. Consider taking alternate routes as fire and incident response get to the collision to work to clear the lanes on eastbound I-90 at I-405. pic.twitter.com/jcO0RTfxzN 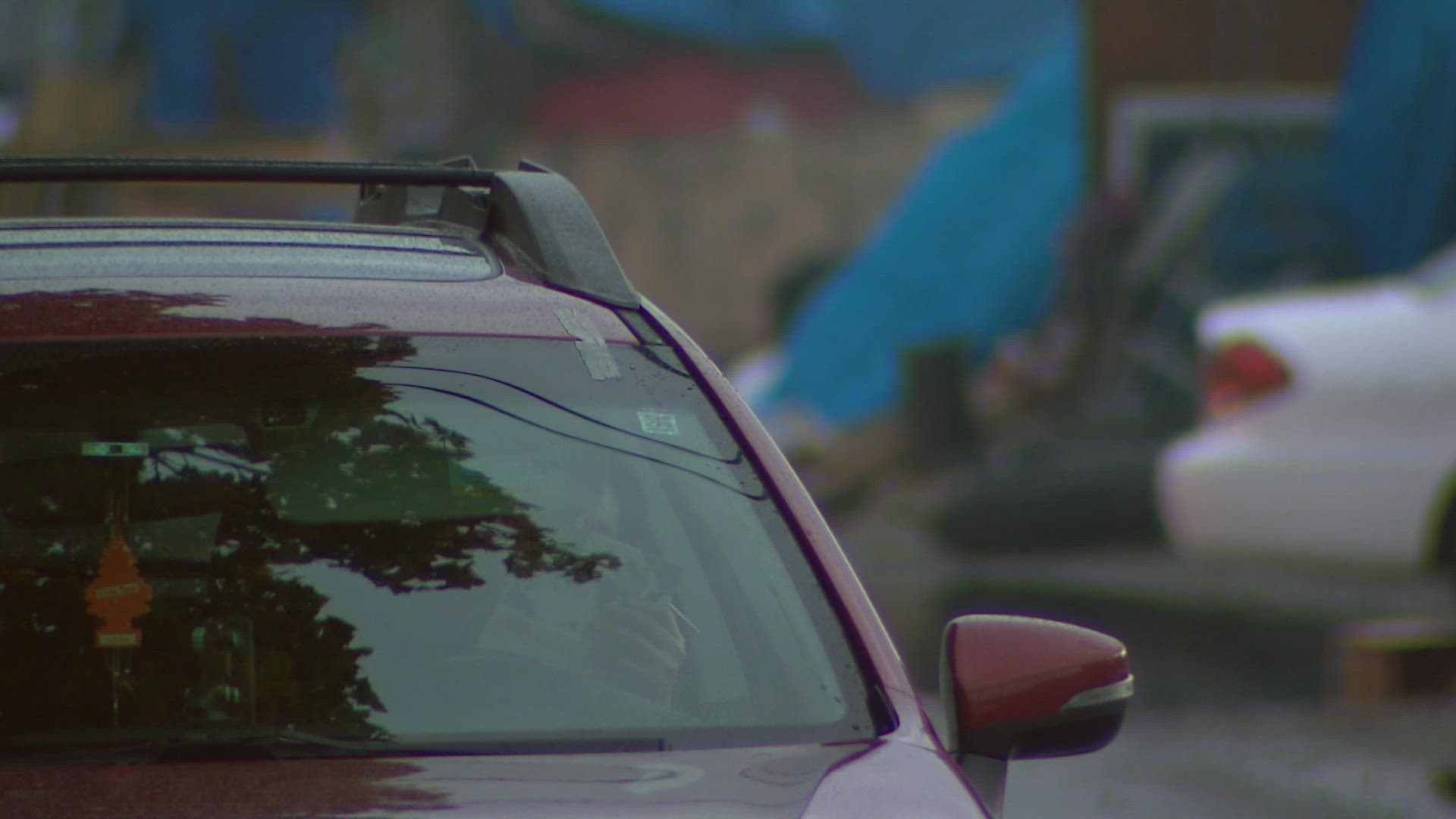