Tolling on Seattle's SR 99 tunnel began on a holiday weekend. For the first three full workdays, the tolls slightly impacted and diverted traffic. 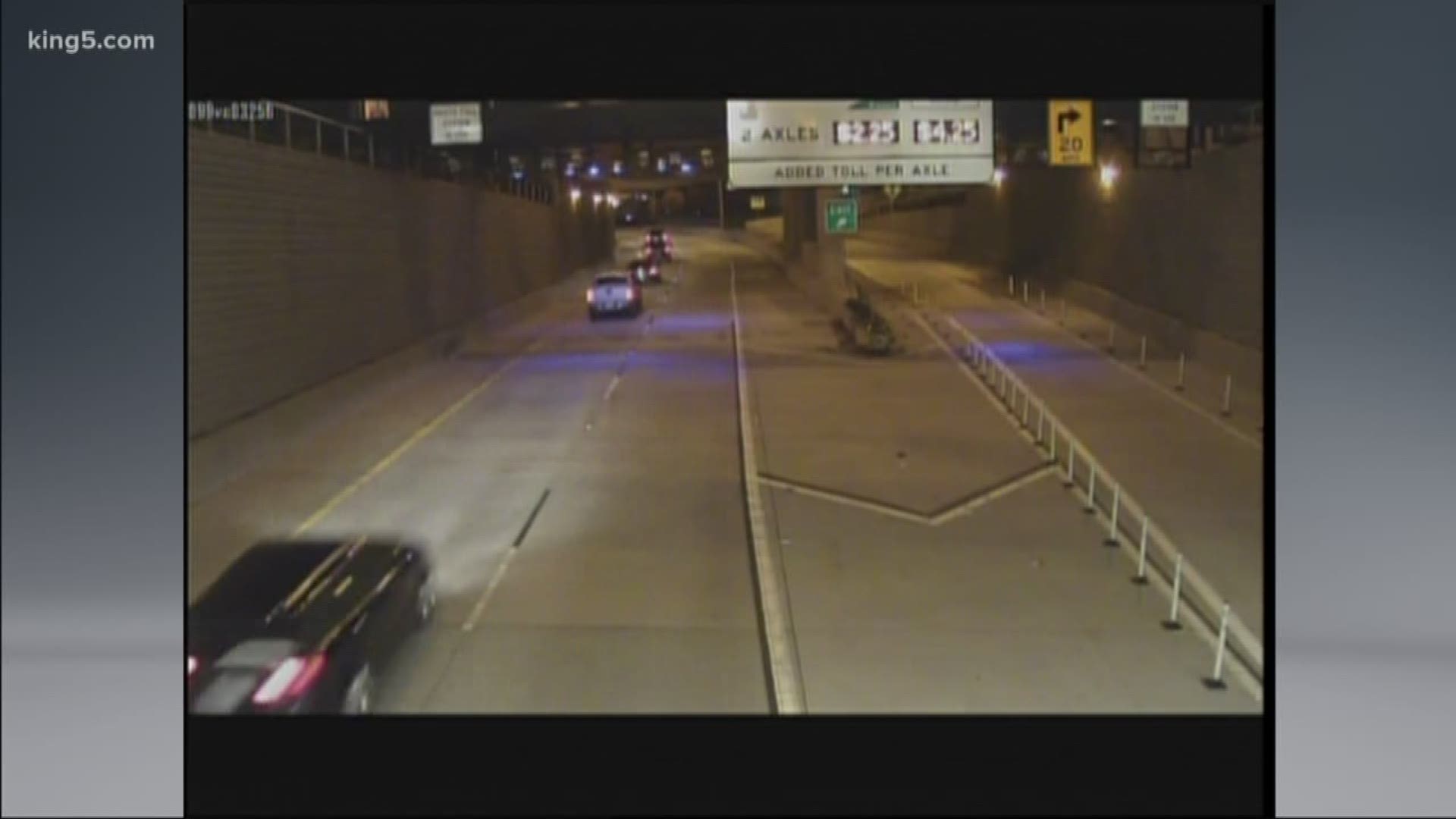 SEATTLE — Traffic through the SR 99 tunnel under downtown Seattle has slightly decreased a week after the tunnel’s tolling went into effect.

Overall, traffic in the tunnel is down 25% to 30%, according to state tolling director Ed Barry. Barry also said that certain times during peak rush periods, traffic has maintained normal levels.

Heather Marx with Seattle’s Department of Transportation said that 25% to 30% of traffic went along Elliott Avenue and Alaska Way instead of taking SR 99.

Traffic on the off-ramps at Dearborn Street going north into the city and southbound at Denny Way has increased, but the state did not provide any specific numbers.

First and Fourth Avenues, which were often major bypass routes when the viaduct shut down, saw typical traffic numbers, according to Marx.

WSDOT said traffic I-5 through downtown showed no noticeable increase.

The numbers released on Friday were from Tuesday, Wednesday and Thursday morning commutes.

State and city transportation officials were initially prepared for a diversion rate of at least 30% and up to 50% of all the vehicles that previously used the tunnel.

Approximately 80,000 vehicles use the SR 99 tunnel daily, according to WSDOT.

You can pay for tolling either through the mail (which is $2 more expensive) or with a GoodToGo! pass. 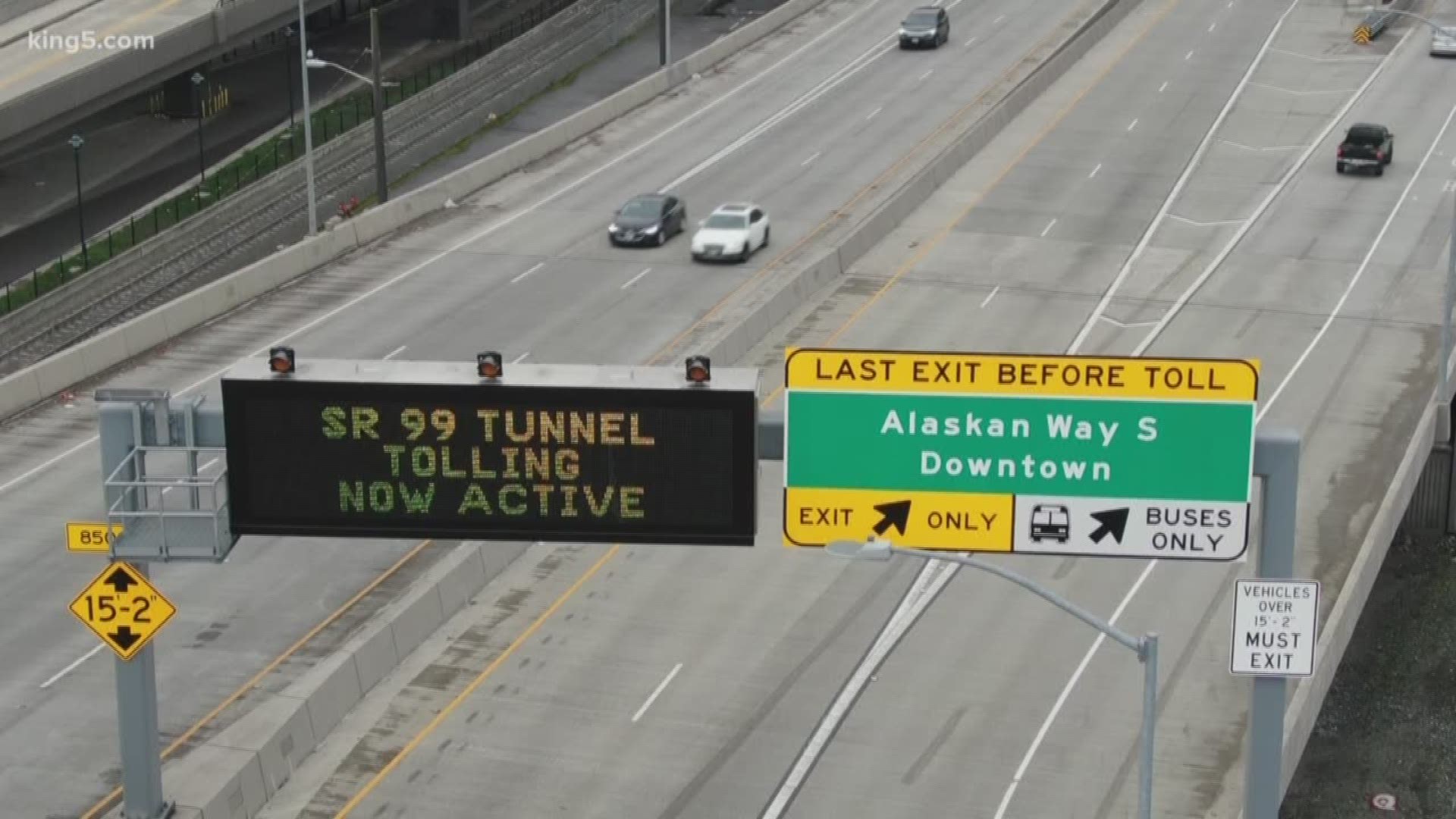