Tolls continue to go up to pay back the loan for the second bridge that opened ten years ago. 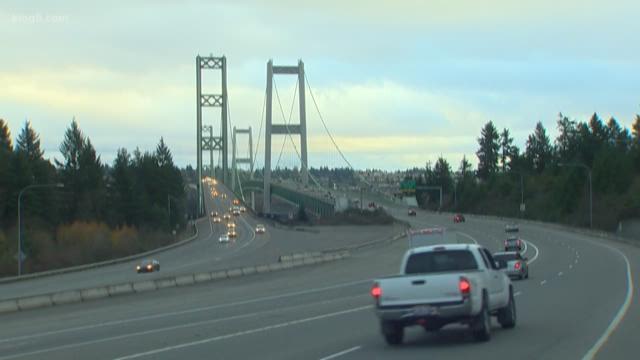 Tolls on the Tacoma Narrows Bridge have continued to increase since the near bridge opened in 2007. Now there's a bill in the state legislature aimed at stabilizing the toll rate so it won't keep going up.

"It's just so frustrating when you can't count on it. It feels like you have no control,” said Sen. Steve O'Ban, R-Pierce County, sponsor of Senate Bill 6547.

O’Ban points out that, initially, the state overestimated how many people would go across the bridge. Tolls continue to go up to pay back the loan to put in the new bridge and the costs associated with maintaining it.

"I think it's time they stabilize the price. I don't think they could raise it anymore," said Linda Proctor who has lived in Gig Harbor for 70 years. She and her husband Larry used to commute from Gig Harbor to Tacoma. Now that they don’t have to commute, they limit their time spent visiting

"It's ironic. The traffic. The impact of driving. It is less stressful than ever. It flows very smoothly. It's the cost it’s just pretty expensive," said Larry.

The bill to stabilize the toll would set it at $5.50 until around 2032 when the bridge is estimated to be paid off. O'Ban said the state will borrow it from the transportation fund and spread out the payments like a longer mortgage.

"It will only add about an extra two or three years to the actual amount we'll pay. But I think people will really be glad that they're not going to be paying $9, $10 a trip on the bridge," O'Ban said.