The crossing, also known as the 1st Ave S. bridge, is one of the primary detours for drivers who can no longer use the West Seattle Bridge. 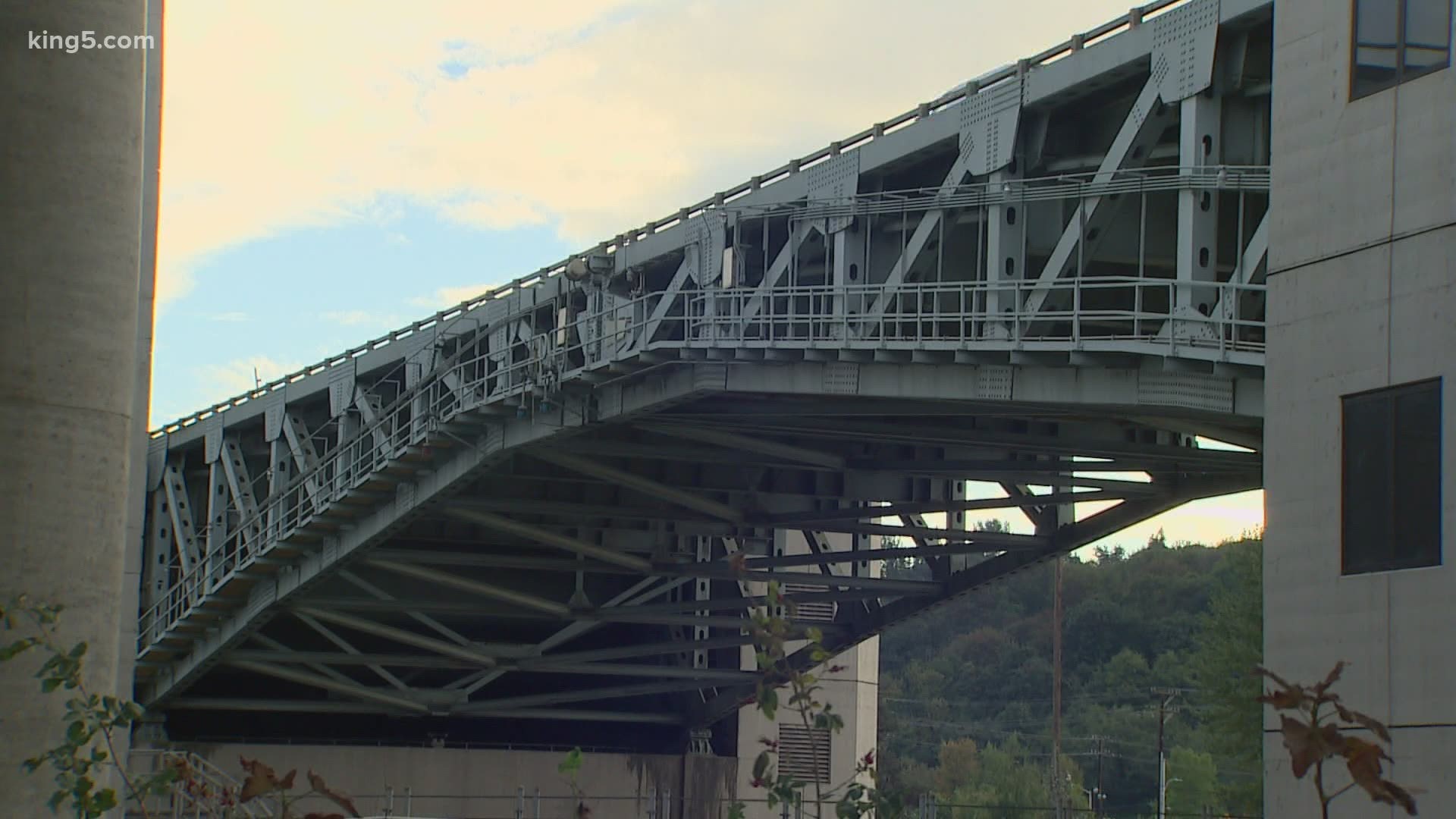 SEATTLE — The southbound side of the State Route 99 bridge over the Duwamish River in Seattle needs repairs and drivers should prepare for temporary closures over the coming months, the Washington State Department of Transportation (WSDOT) said Thursday.

The SR 99 southbound Duwamish River Bridge carries about 50,000 cars a day, according to WSDOT.

The crossing, also known as the 1st Ave S. bridge, is one of the primary detours for drivers who can no longer use the West Seattle Bridge, which closed earlier this year.

WSDOT said structures called bearings, which allow the roadway to move, are worn out and need to be replaced.

“In immediate terms, this isn't too big a deal, but it should be fixed as soon as possible. Left as it is, eventually it will become a big deal,” WSDOT said in a blog post.

The closures should last about as long as it takes for the bridge to open and close when a ship needs to get through, WSDOT said.

WSDOT said it is planning permanent repairs for 2021, which will require them to close two of the four lanes, 24 hours a day, for about two weeks.

Once work on the southbound side is completed, WSDOT said it will do the same repairs on the northbound side.