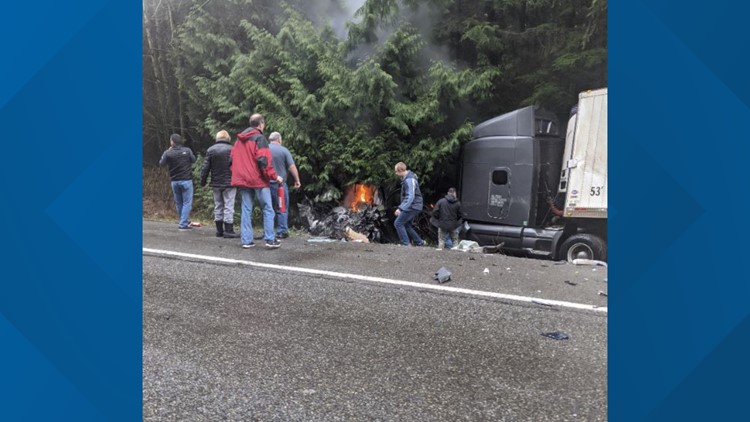 State Route 18 is back open tonight after a deadly crash had the highway closed for about seven hours.

Eastside Fire & Rescue responded to the crash involving a semi-truck and a Ford Escape at about 11:20 a.m. Saturday.

The Ford Escape was traveling westbound on SR 18 just west of I-90 when it crossed the double yellow line and struck the semi-truck head-on that was traveling eastbound, according to a Washington State Patrol report.

The driver in the Ford Escape was taken to the hospital and did not survive. The driver of the semi-truck was also injured, but their condition is unknown.

The crash happened on SR 18 at milepost 27. WSP had SR 18 closed from I-90 to Issaquah/Hobart Road for most of the day.

A person who was near the crash when it happened sent photos to KING 5 showing the semi-truck off the roadway.