A man who recorded a speeding semi-truck before it crashed on I-5 in Seattle said he’s “never seen anything like that other than in the movies.” 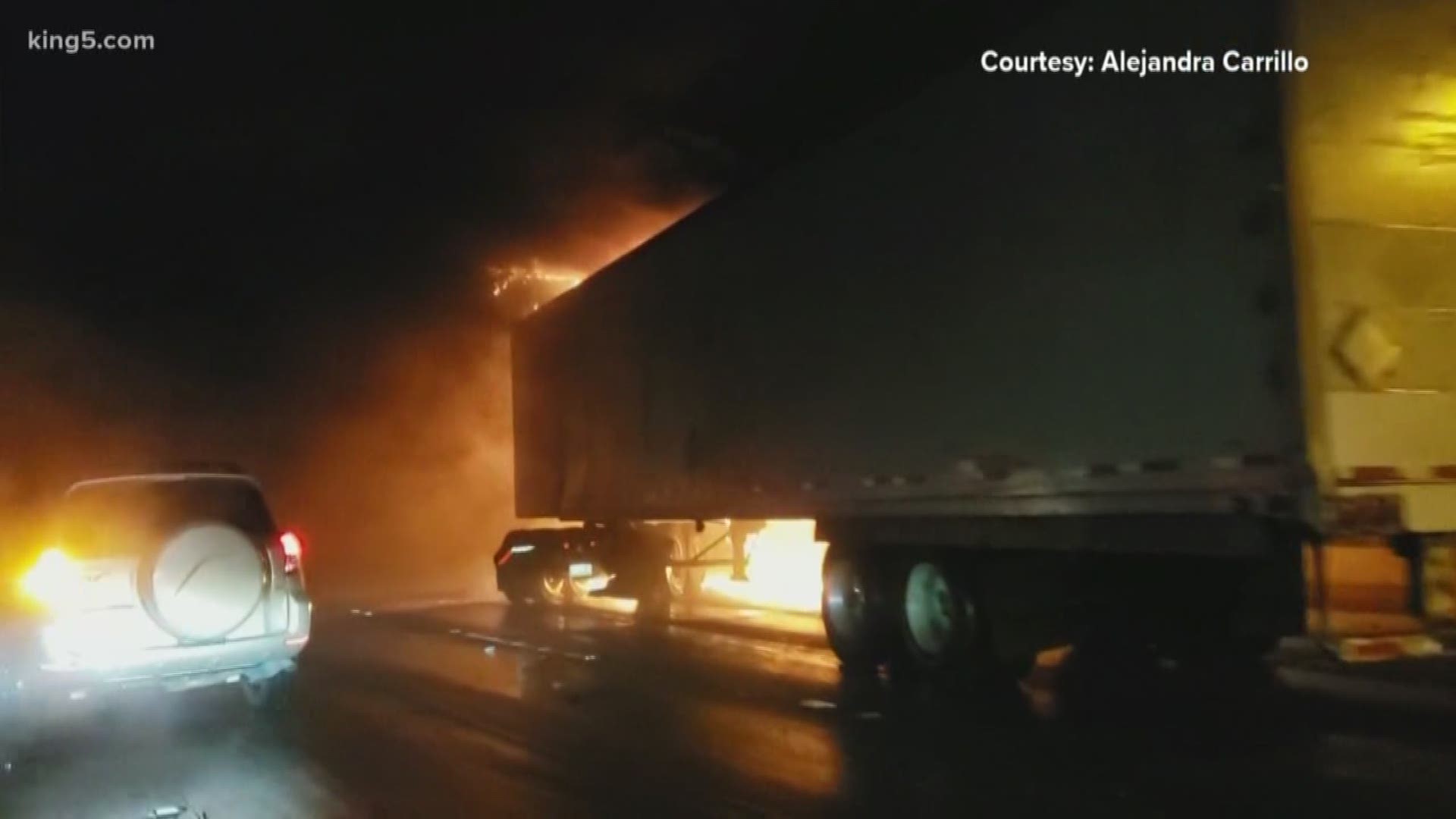 SEATTLE — The driver of a semi-truck was cited for negligent driving in the second degree after the rig crashed and caught fire on the southbound Interstate 5 express lanes in Seattle early Friday morning.

The semi-truck caught fire about 5:45 a.m. after a crash near Mercer Street, according to the Washington State Department of Transportation. Crews put out the fire, but the roadway remained closed for over five hours while crews removed the wreckage.

A witness who wanted to remain anonymous was driving near the semi-truck shared cellphone video with KING 5 of the truck before it crashed. The witness said he watched the semi-truck aggressively change lanes and pass other drivers who were going over 70 mph.

WATCH: Viewer video shows semi on I-5 before fiery crash in Seattle 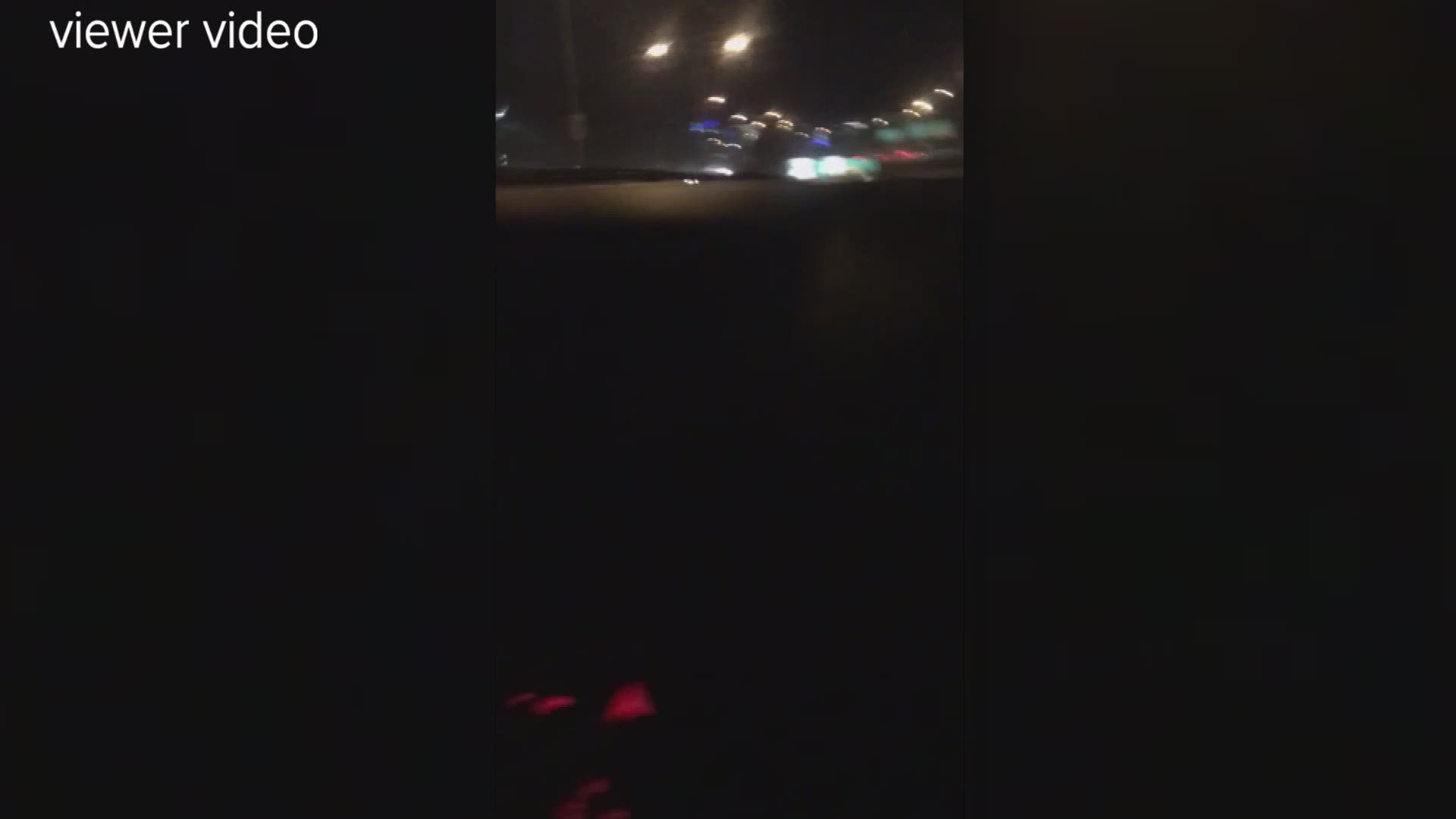 “I was able to get around the side of him and catch the name of the truck. At that point we were doing about 80,” the witness said.

"I tried to give him roughly about a car-and-a-half length and I had gotten in front of him," the witness said. "At that point, he had hit the gas and he almost struck us in the back as he was making his next lane change behind us."

"As the tanker hit the concrete pillar backwards, there was nothing but a fireball," he said. "It looked like you could see right through the cab like it had destroyed that half of the cab."

There were no injuries, and no other cars were involved in the crash according to Johnson.

"I was really glad that nobody else was involved," the witness said. "From the looks of it, it just looked absolutely horrendous."

The crash damaged the railing on the guardrail, and the fire melted some signs. However, WSDOT did not find any structural damage during an initial inspection.

The witness filed a report with Washington State Patrol and sent the video he shared with KING 5 to authorities. 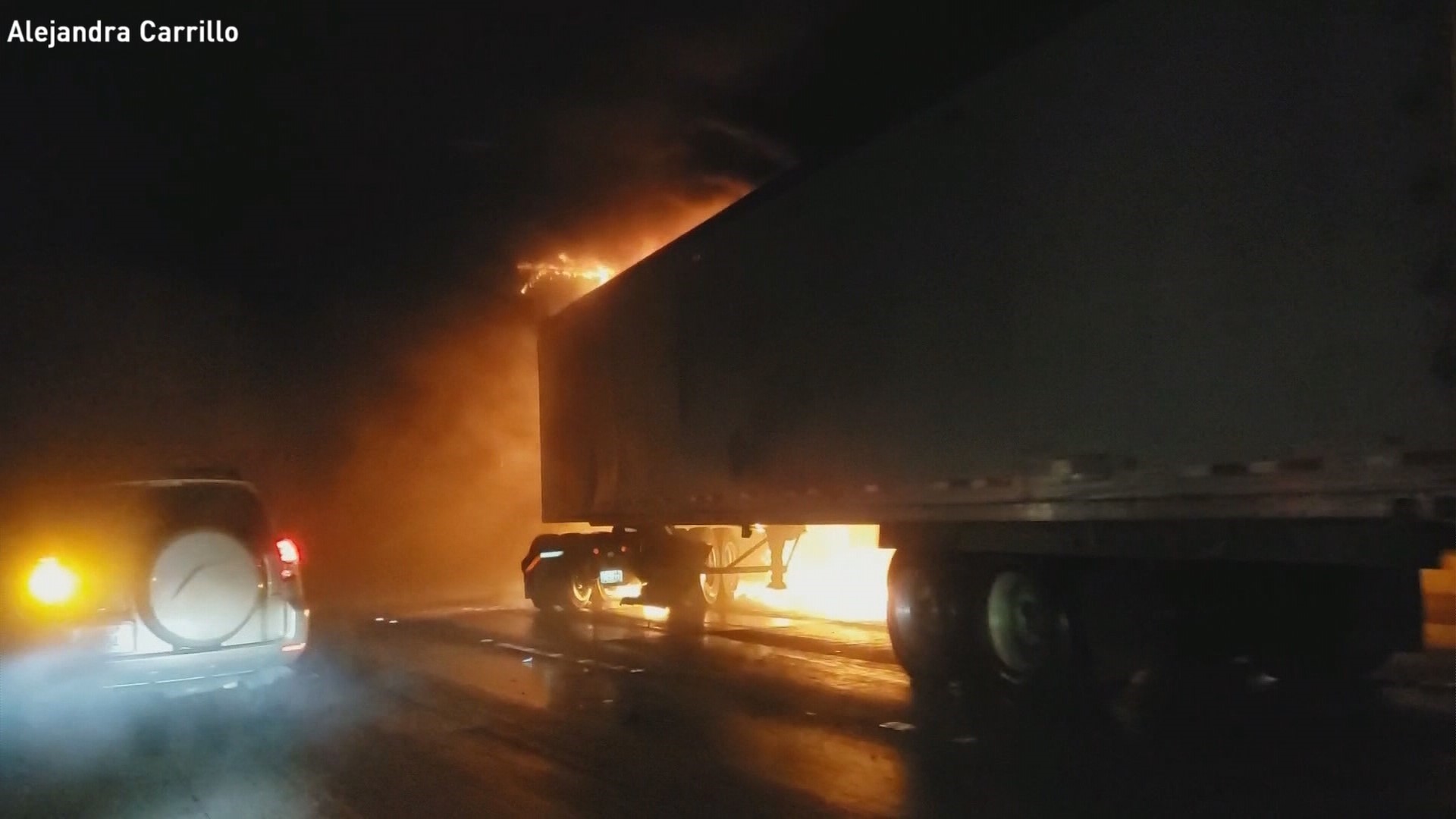