Ramps, express lanes at Mercer Street on I-5 reopen after semi-truck crash

A semi-truck that crashed in the I-5 express lanes Wednesday morning was hanging over the ramp at Mercer Street. Both lanes and ramps have since reopened. 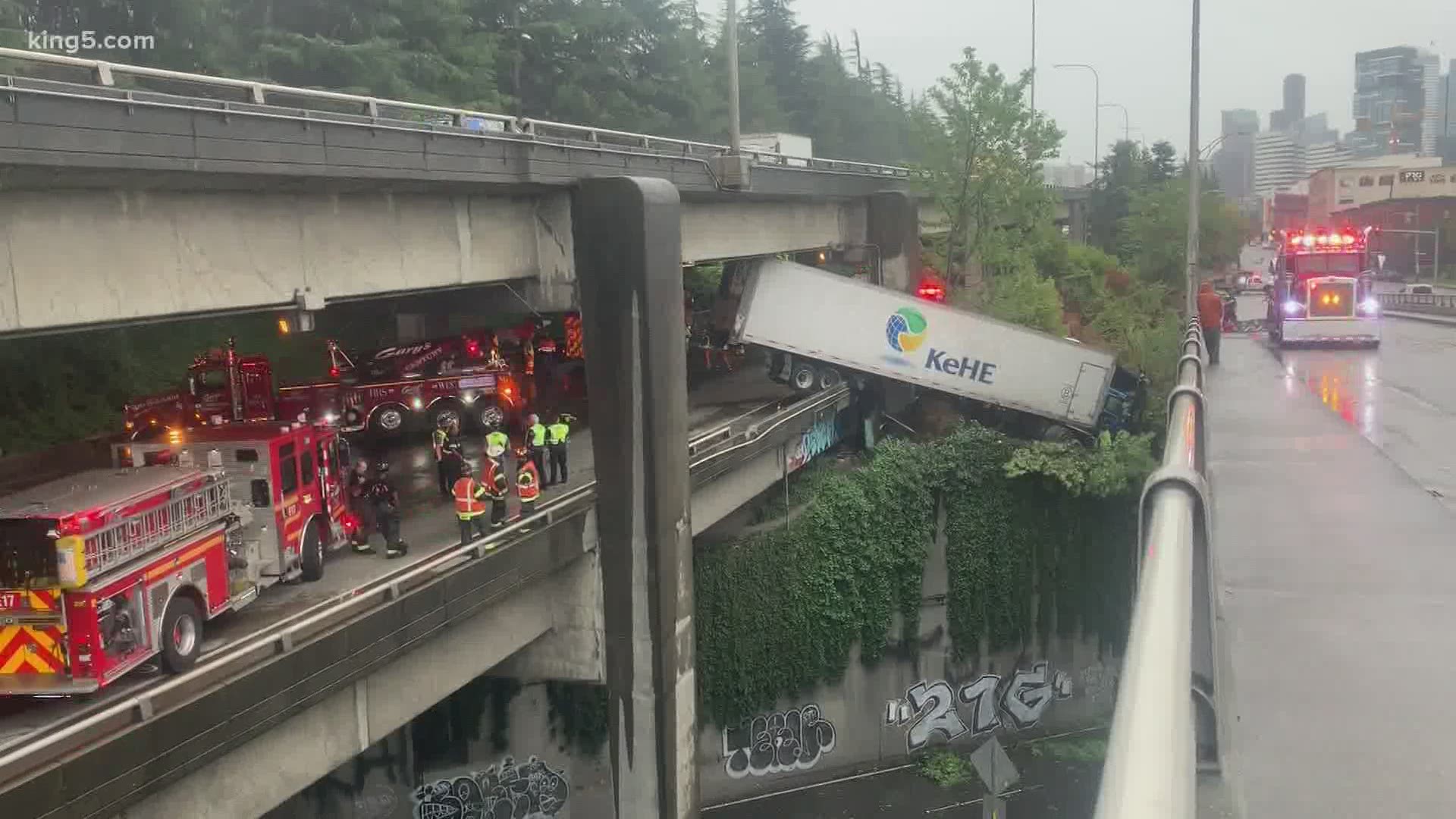 SEATTLE — The I-5 express lanes through Seattle at Mercer Street have re-opened more than seven hours after a semi-truck crashed over the ramp.

The truck was at least partially off the road and hanging over the ramp as well, according to Washington State Patrol.

The truck has been pulled up back onto the interstate, but the cab is still in the trees below.

According to Washington State Trooper Rick Johnson, the preliminary investigation shows the truck went out of control before veering off the road. No other vehicles were involved.

WSP said the driver was going too fast, which was a contributing factor to the crash.

A trooper was able to get the driver of the truck out. She sustained minor injuries but was taken to the hospital as a precaution.

The WSDOT bridge maintenance team did not find any structural damage aside from minor overhead scrapes and railing that will need to be replaced.