Seattle is expected to expand the number of crosswalks where pedestrians get a head start over turning traffic in hopes of curbing pedestrian deaths. 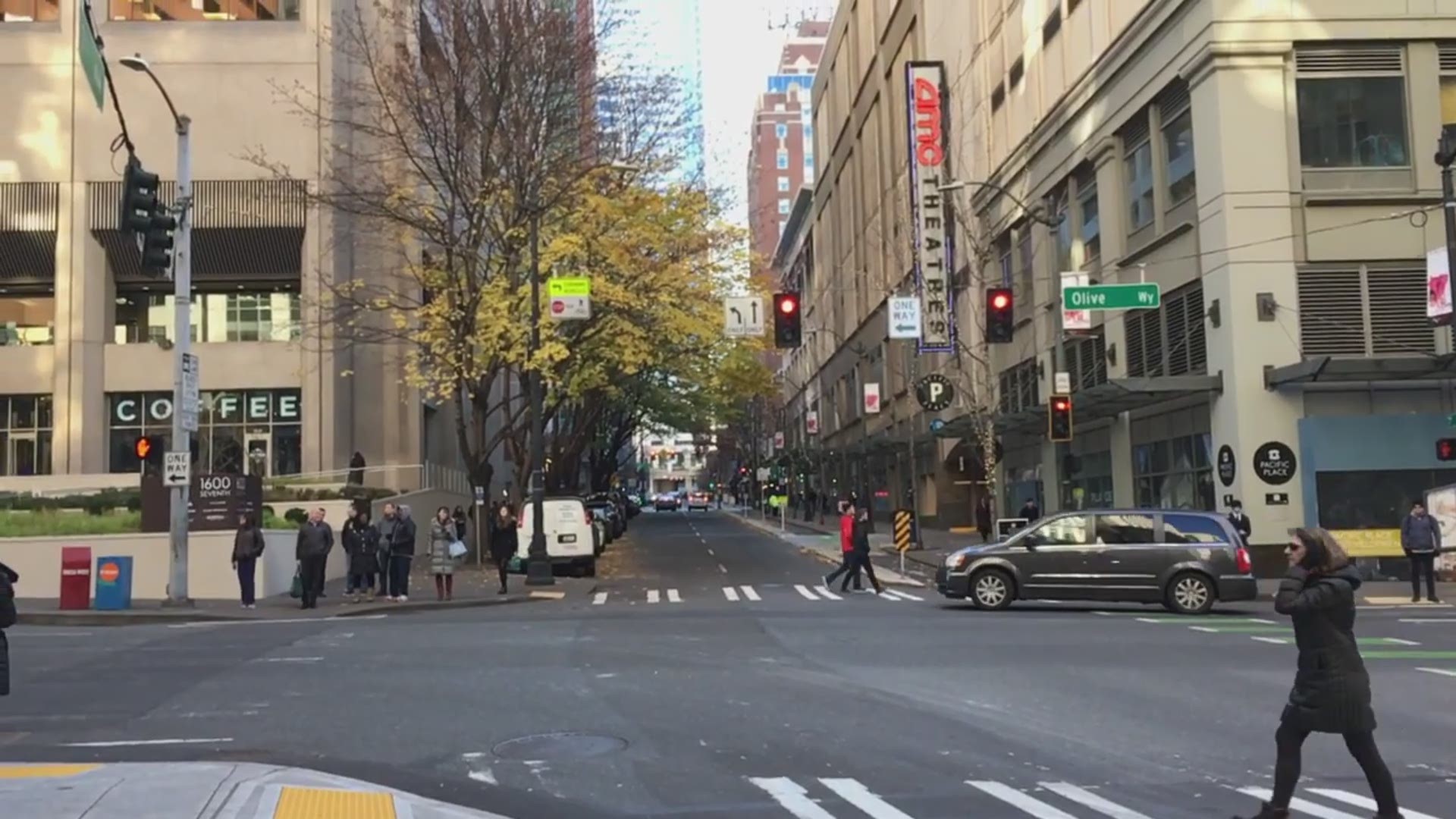 SEATTLE — There could soon be more intersections in Seattle where pedestrians get a few seconds head start before cars.

The concept, which is called leading pedestrian intervals, re-times walk signals to give pedestrians three to seven seconds of time in the crosswalk before turning traffic gets a green light.

There’s about 50 intersections with leading pedestrian intervals now, but the Seattle Department of Transportation hopes to have at least 150 by 2021, according to a Tuesday blog post.

In 2017, 62 pedestrians were seriously injured in a collision in Seattle, and 11 were killed, according to SDOT. While these numbers are the highest Seattle has seen in 12 years, the rate of pedestrian-involved crashes per 100,000 people has declined.

RELATED: 2018 projected to have most pedestrian deaths since 1990

SDOT plans to use $1.65 million in grant money from the state Department of Transportation to fund the change.

Leading pedestrian intervals is just one strategy the city says its using as part of its Vision Zero campaign, which aims to end serious injury and fatal crashes in Seattle by 2030.