SDOT will install the vertical posts on the center line of the State Route 99 Aurora Bridge that separates north and southbound traffic. 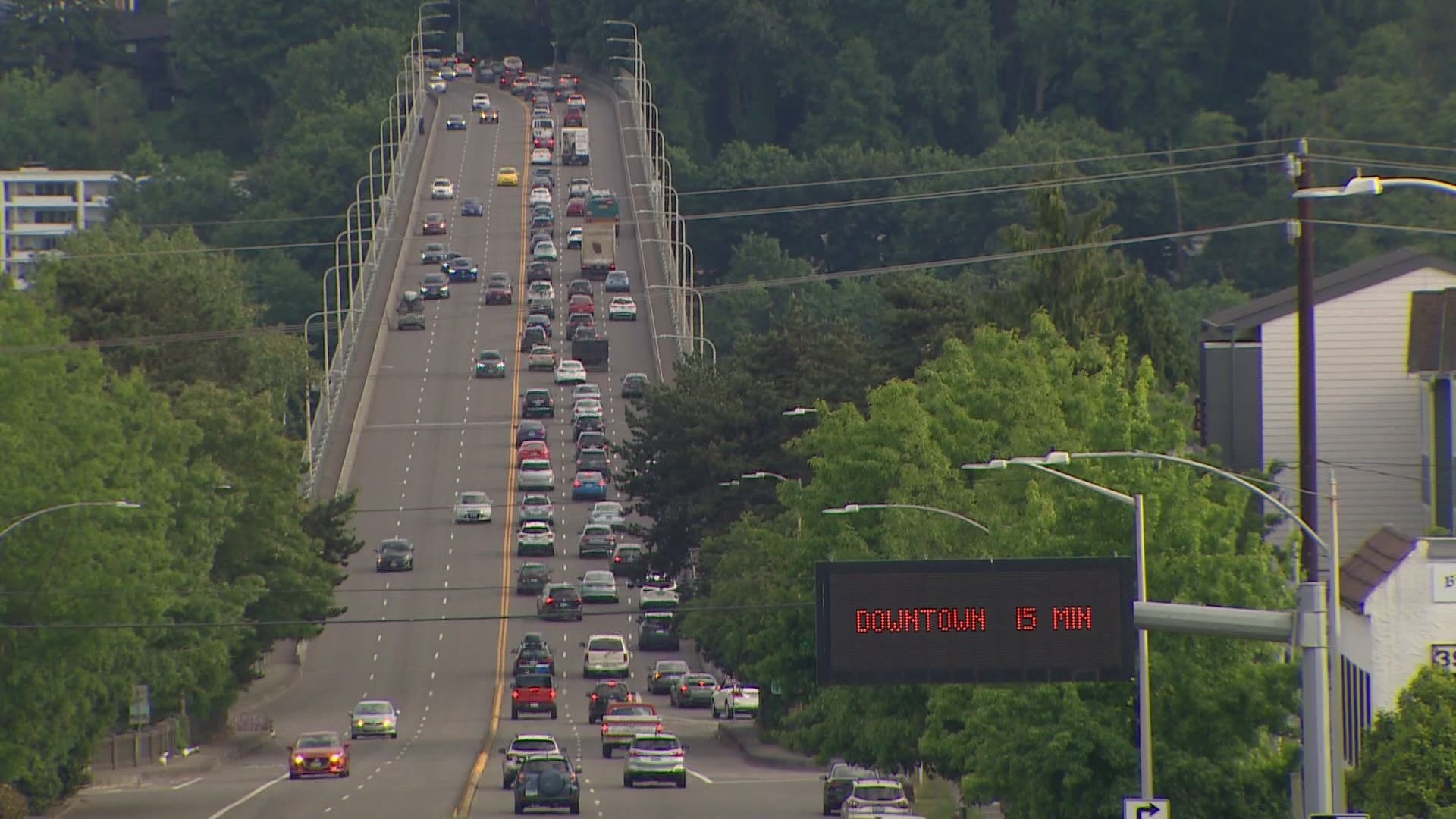 Editor's note: On June 11, the Seattle Department of Transportation (SDOT) announced the installation of the vertical posts on the State Route 99 Aurora Bridge will be postponed due to weather. Crews plan to close the four middle lanes and install the posts next weekend on either June 18 or June 19 depending on the weather.

SEATTLE -- Drivers should plan for some delays on the Aurora Bridge portion of State Route 99 this weekend and next weekend as crews install posts along the center line of the bridge.

The vertical posts will allow for a more visible center line that divides northbound and southbound traffic on the bridge, which serves as a major traffic artery in Seattle.

Traffic on the bridge will be reduced to four lanes starting 10 p.m. Friday through 6 a.m. Saturday as Seattle Department of Transportation (SDOT) crews place markings for the posts.

On Friday, June 11, starting at 10 p.m. through 6 a.m. the next morning, lanes will be reduced to one lane each way as crews install the posts.

The vertical posts, which will be in place for at least a year, will serve as a short-term safety assessment as SDOT gathers speed and traffic volume data that could lead to long-term safety improvements, according to SDOT.

The project is one aspect of a wide scale road safety initiative on the State 99 Aurora Avenue corridor, with speed reductions a large part of the improvements.

The Aurora Bridge has seen its share of traffic collisions, such as the 2015 duck boat crash that killed five people and injured dozens more.

"The Aurora Bridge is an iconic part of Seattle's history, but it's also incredibly dangerous," said State Sen. Reuven Carlyle, of the 36th legislative district.

"Once we had the crisis with the Ride the Ducks, we knew we had to take more meaningful action and this is a step forward. It's not as much as I'd like to see long term, but it's a step forward," Carlyle said.

Speed is a major factor on the bridge, according to Carlyle, who said he would like to see more signage on speed limits on the north and south ends of the bridge.

"I think ultimately we know that we need people to slow down. It's just too easy to get carried away and to go over that bridge at too rapid of a speed," Carlyle said.

During the work, drivers should plan ahead if they're using the bridge or consider other routes along the Fremont Bridge or I-5, according to SDOT.