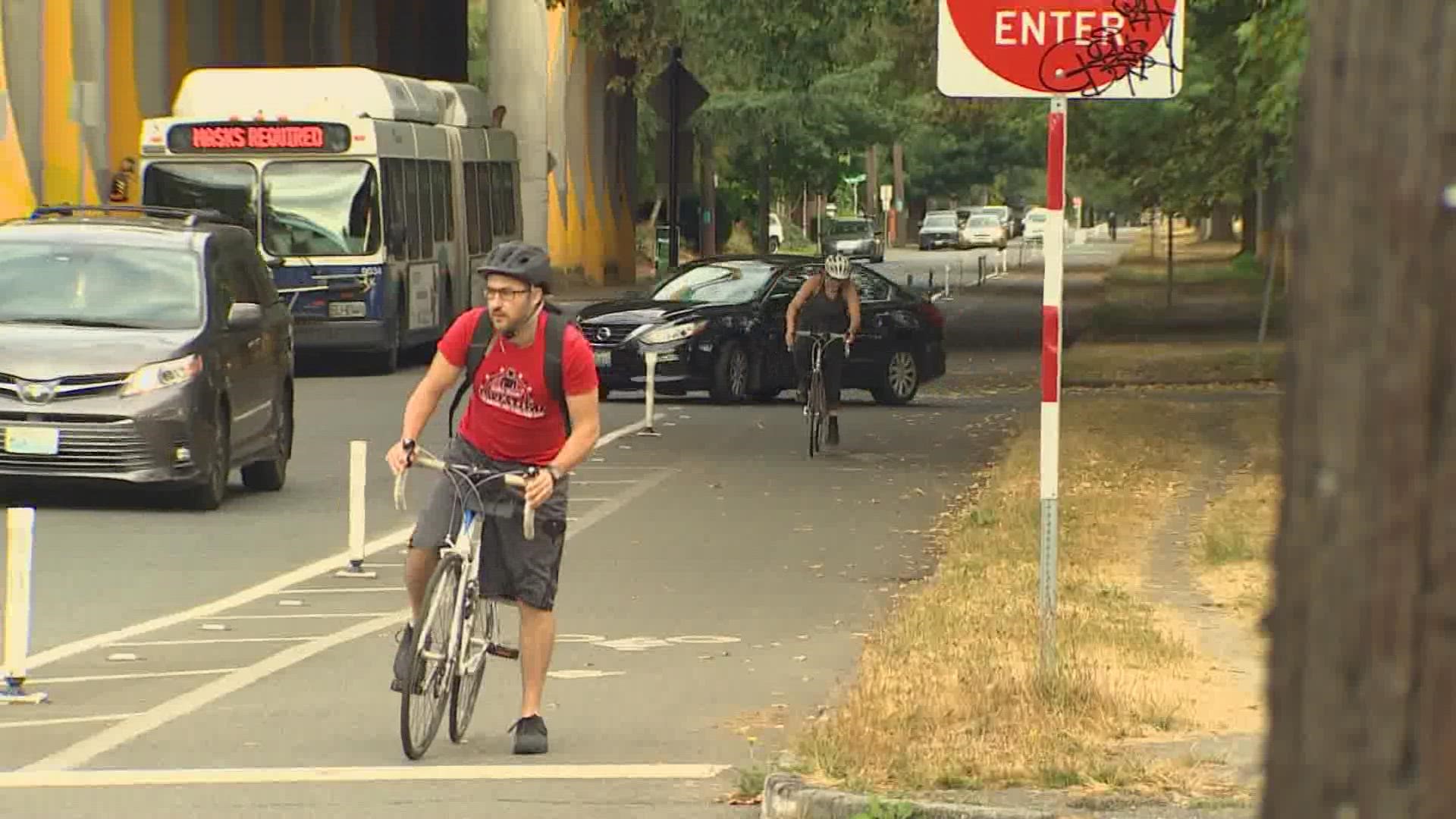 SEATTLE — Seattle Public Schools students have been back to in-person learning for two weeks, and traffic around drop-off school zones is already causing concern for some families.

Tianna Fallgatter has three children, two of whom go to Green Lake Elementary School, and says she has noticed more congestion around the school's drop-off and pick-up area.

"It's frustrating. We all come around to the back. It gets very congested," said Fallgatter.

Fallgatter says she is used to the congestion, but also says the traffic is worth it this year. Bus delays facing some Seattle area schools combined with a lack of vaccines for children under 12 is giving families enough to worry about.

"There's peace of mind in driving your kid. In general, we're all willing to pay the price for traffic to have a little bit of control right now," Fallgatter said.

Experts say school zone traffic has been kept to local roads and off western Washington highways so far.

"We're still in a period of uncertainty with a lot of the major employers and their staff teleworking," said Bart Treece, a spokesperson with the Washington State Department of Transportation.

Data from INRIX does show more cars on the roads during morning peak times since school started. Traffic is up from 83% in August to 96% after Labor Day, but work from home life is causing traffic patterns to be spread throughout the day.

Speeds in the morning run on average 30-40 miles per hour across the Puget Sound with little change from August.

Treece does warn drivers they could see more of an impact on traffic when the University of Washington students go back for fall semester on Sept. 29.