Southbound I-5 will no longer be directly adjacent to the northbound lanes though downtown Tacoma. 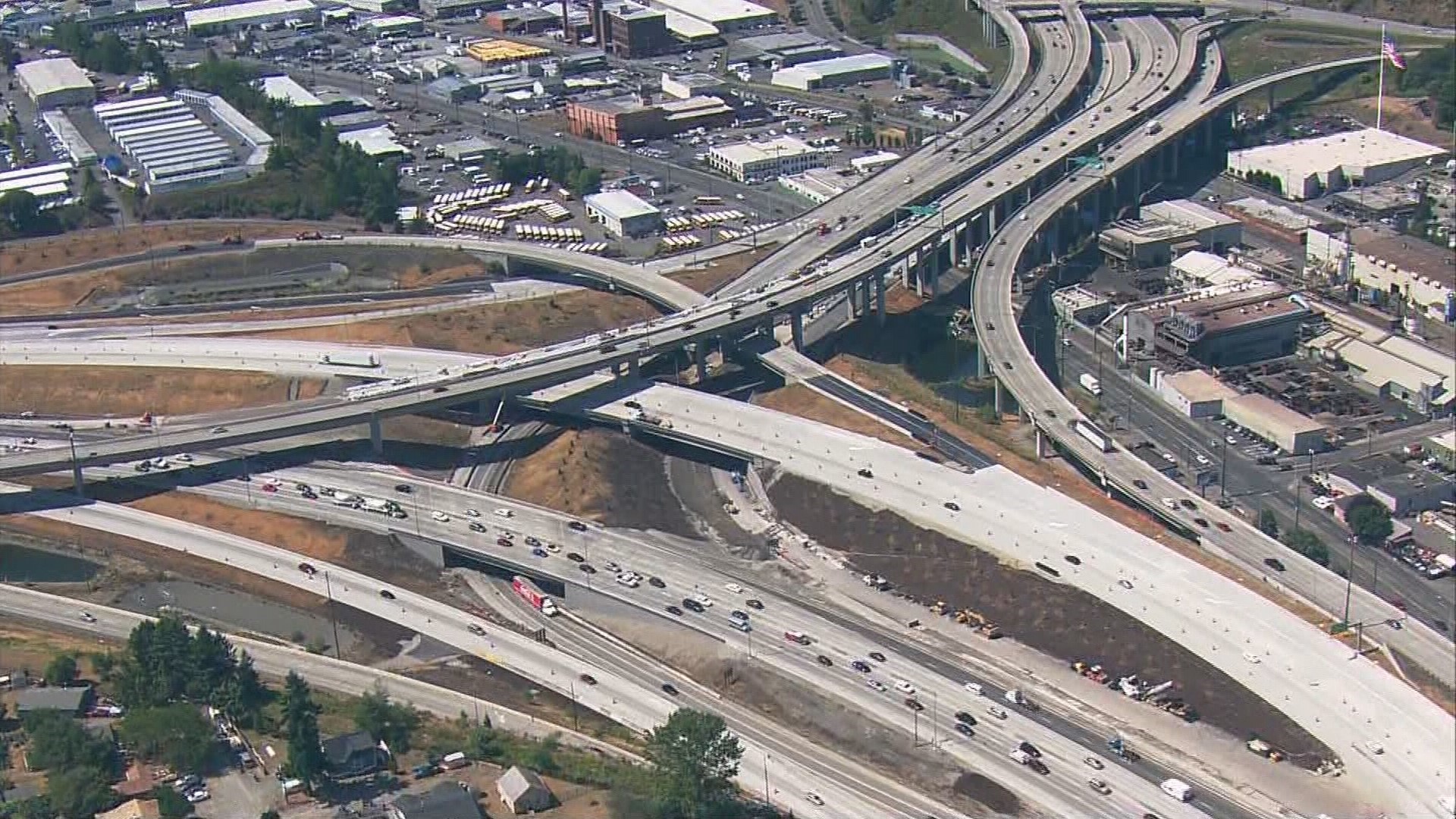 TACOMA, Wash. — Major changes are on the way for Tacoma drivers this weekend.

The final shift requires a series of lane and ramp closures that last until Saturday evening. A full list of closure information can be found on the Washington State Department of Transportation’s website.

RELATED: Lakewood police cracking down on speeding as crashes increase

Right now one lane of traffic travels across the new bridge, but with the new alignment, all lanes will go across the bridge.

Once the lanes have been shifted, contractor crews can begin removing temporary striping and the barrier along the northbound I-5 lanes from 48th Street to M Street. Those lanes will be shifted to their permanent structure with 12-foot-wide lanes and a wider shoulder.

Exit 132A from southbound I-5 to South 38th Street re-opened, making that exit an exit-only lane. Drivers will no longer be able to reconnect with southbound I-5 if they take that exit.

Although it’s a big milestone in Tacoma traffic construction, there’s still more work to be done.

The new I-5 alignment and ramps are part of a bigger project to build HOV lanes between I-5 and SR 16. Those HOV lanes are expected to open this fall, according to WSDOT.