Power was knocked out to about 200 homes Thursday morning after a single-vehicle car crash. 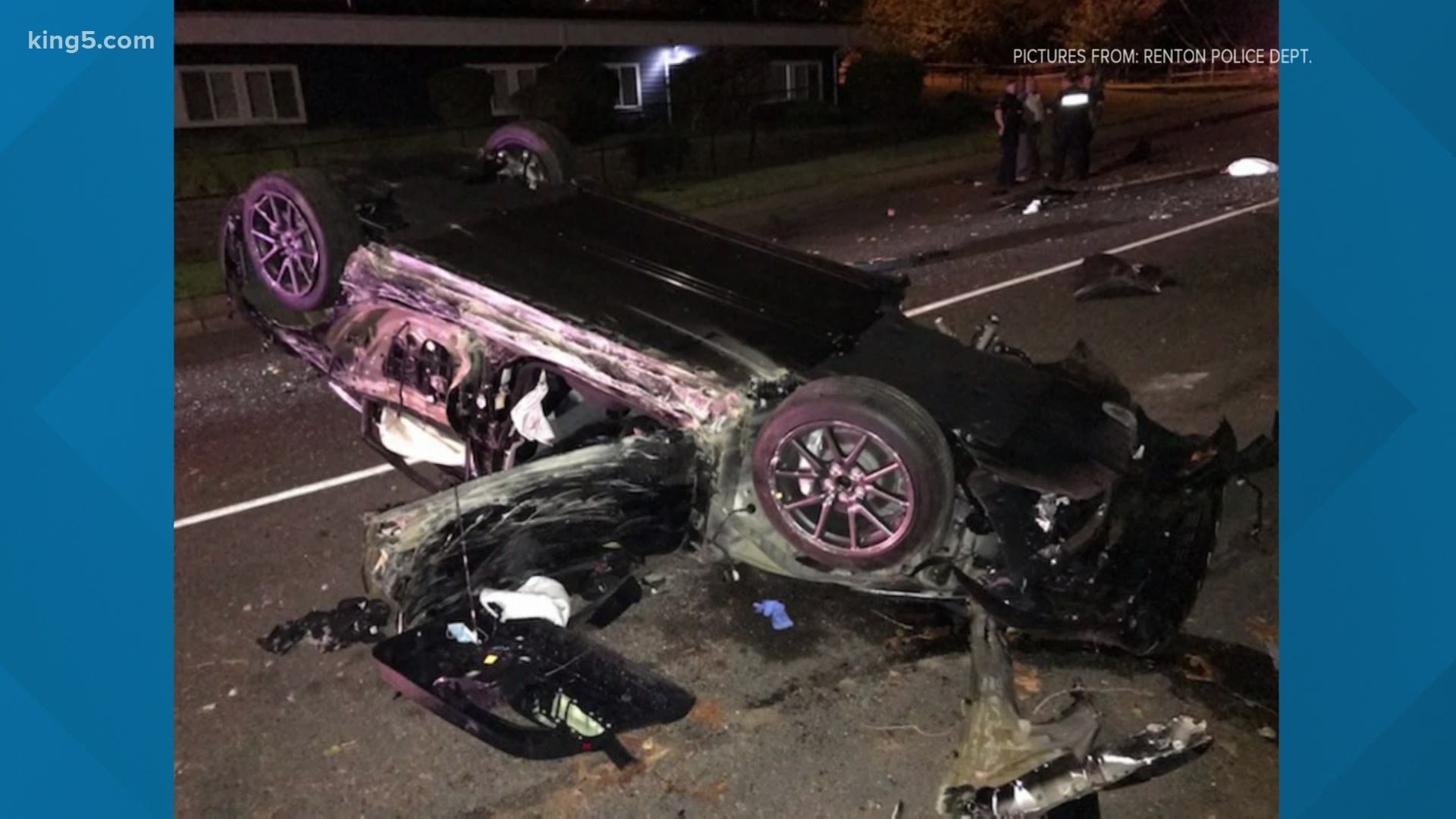 RENTON, Wash. — Two power poles were knocked down by a Tesla that appears to have been speeding before it lost control, according to police.

The condition of the driver is not known.

About 200 Puget Sound Energy customers lost power around 5:30 a.m. when the crash occurred.

According to police, Benton Road South is blocked from South 26th Street to Southeast 168th Street. The road could be closed until Thursday aternoon.

Renton police say the initial cause of the accident appears "likely" due to speed and the vehicle losing control, hitting a median near Benson Road,  and crossing into the southbound lanes before hitting the power poles and flipping.

The two power poles will need to be replaced.