Though traffic volumes might feel like the are back to normal, data shows they are, overall, still not as bad. 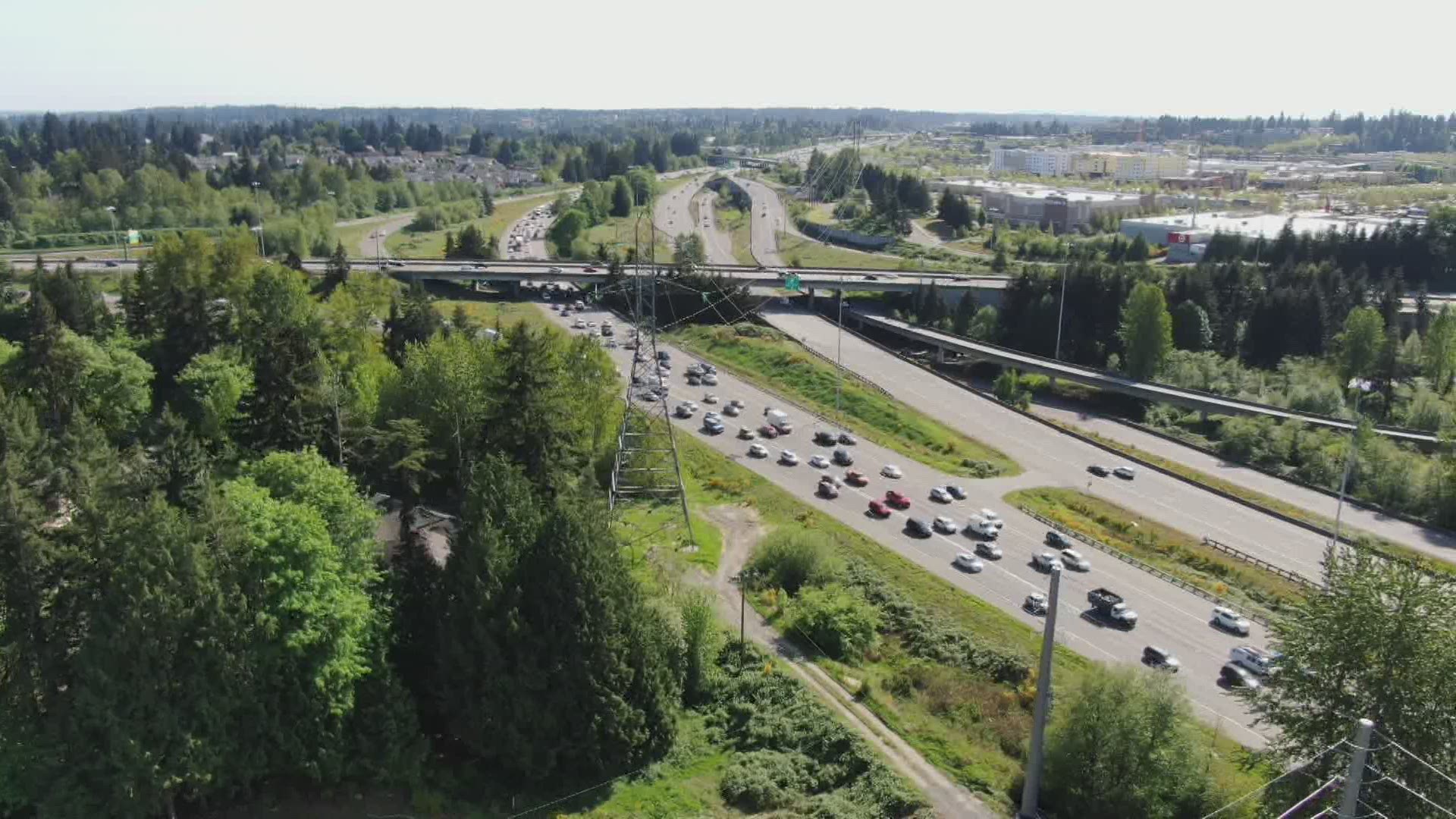 Ask anybody about the commute around western Washington and you’ll get a variety of answers, from not that bad, to worse than ever.  But how bad it also depends on the location you’re talking about.

The COVID-19 dashboard from the Washington State Department of Transportation (WSDOT), which measures traffic as well as ferry, transit, and light rail ridership, shows the pandemic is still depressing all of those forms of transportation.

However, traffic can feel like it is back to normal, or worse.

Take Highway 167 in Kent, home of one of the world’s biggest warehouse districts. Traffic there is up 7% over 2019. 2019 is the baseline WSDOT uses as the last non-pandemic affected “normal” year to determine where we stand.

Highway 16 at the Tacoma Narrows Bridges is up a mere 1%.

Overall, traffic measured on Monday when compared to a similar timeframe in 2019 is down 5%.

WSDOT and INRIX, the global traffic monitoring company based in Kirkland, found that the commute is a bit of a different story.

INRIX tells KING 5 that the evening commute is pretty much back to normal, but the morning commute still lags. Drivers still run into stop-and-go traffic, but the duration of commute times don't last as long as pre-pandemic commutes.

Bart Treece from WSDOT said not to focus solely on the commute.

“Commute trips represent a good portion of trip demand. But a lot of trips are represented by discretionary travel," he said.

More people are taking their kids to sporting events and socializing, he said. The vaccine is expected to bring more of us out of our homes and onto the roads.

There are places where traffic is still running well below the baseline. Traffic on the State Route 520 Bridge over Lake Washington is down 30%.