New rules for bicyclists on water taxis go into effect

King County Metro says too many bikes on board water taxis have led to safety issues. 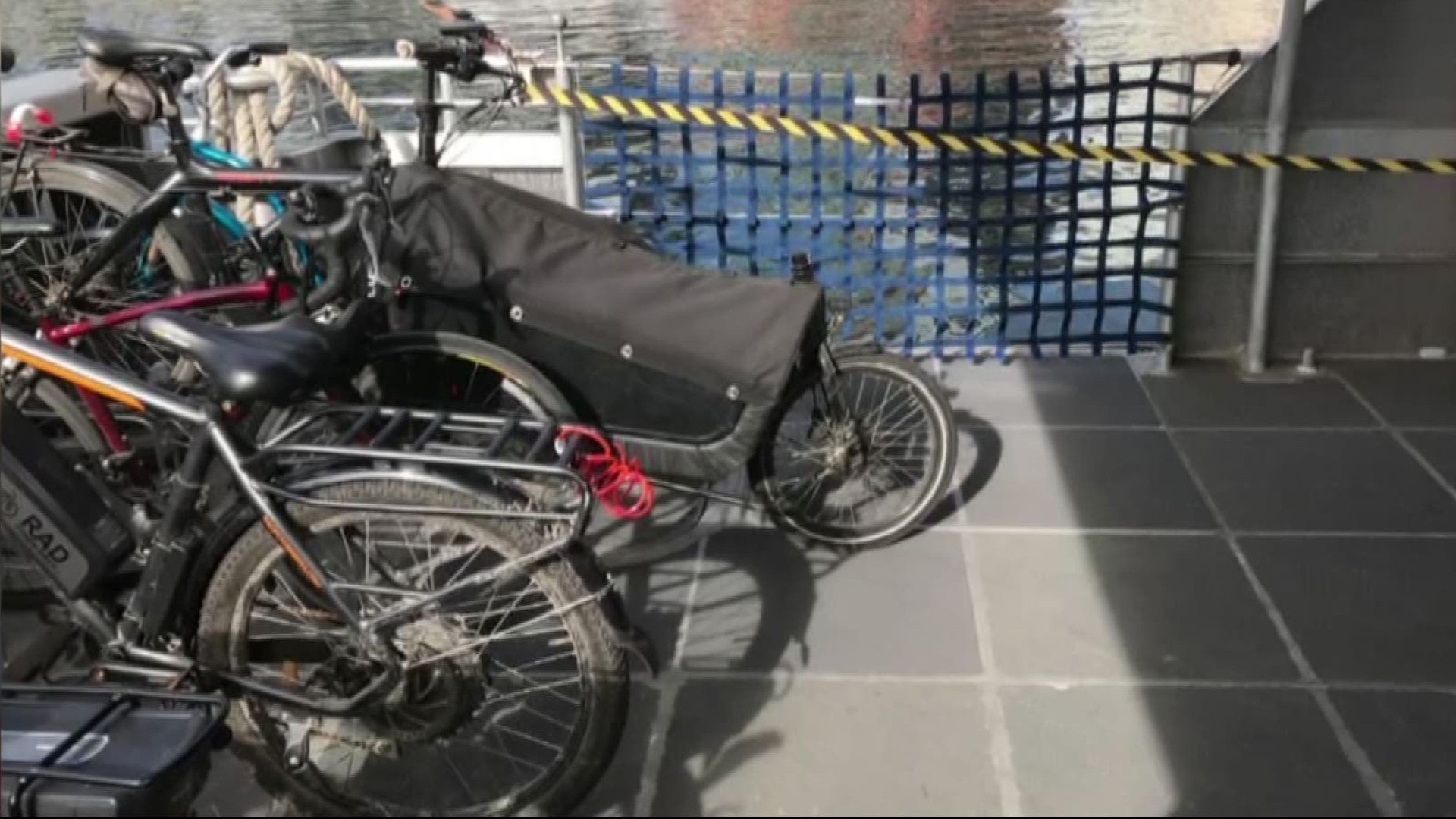 SEATTLE — Regulations about bicycle size and the number of bikes on board water taxis went into effect Monday after overcrowding led to safety concerns.

King County Metro says it encourages going car-free either during commuting or for leisure. However, it also says their vessels have been overwhelmed with more bicycles than they can handle.

The vessels only have so many bike storage spaces, and if they're all full, riders have been chaining bikes to handrails or blocking doorways and exits, creating safety issues.

On board the Sally Fox and Doc Maynard, a 26-bicycle capacity will be enforced. For the Spirit of Kingston, there will be a 14-bicycle limit. Bikes also must fit within the designated storage space – if it's too long or wide, it can't be in the space.

For the next week, expect to see extra staff members on the docks to help riders with the new rules as well as to go over options like leaving bikes at bike racks on the dock or riding at times when the boats are less crowded.

King County Metro says that they are open to suggestions about the new rules. Feedback can be emailed to watertaxi.info@kingcounty.gov.