Where are Washington’s most prolific traffic cameras? Check this map

A traffic camera in Renton captured the most red-light runners in 2018 – 28,822 violations. 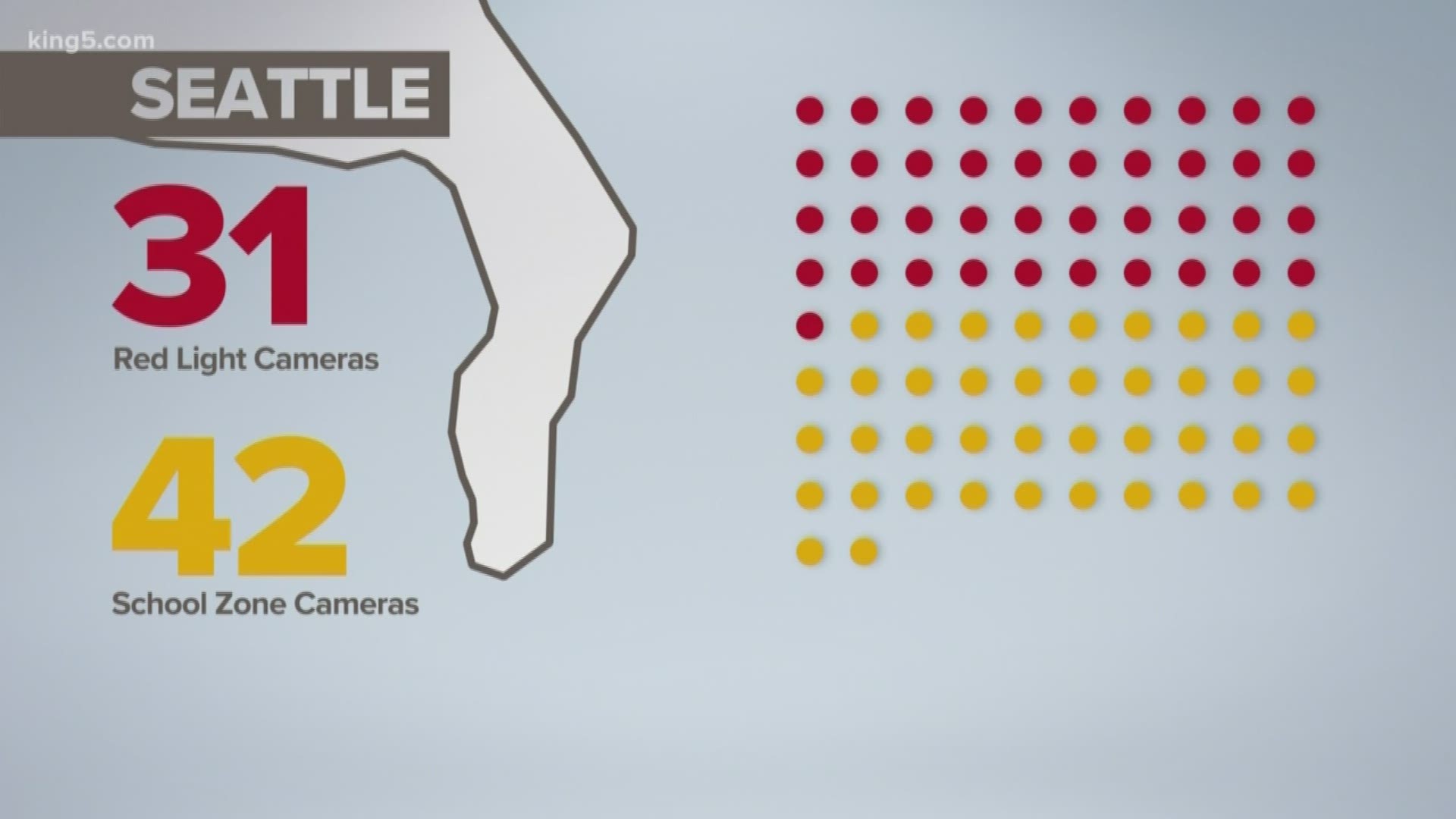 The cities of Renton, Des Moines and Fife each had a red-light camera that gave out more tickets last year than anywhere else in Washington state, a KING 5 analysis of statewide data found.

The red-light camera at the intersection of Benson Drive South and South Puget Drive in Renton caught westbound drivers 28,822 times in 2018 — the highest number of citations issued statewide.

Want to see where the red-light and school-zone cameras are in your neighborhood? Use the interactive map below to filter by location, number of citations, and fine amount.

(Click on the arrow in the lower right corner to enlarge the graphic.)