The bridge project is the last of 14 major projects that have stretched out along I-5 through Tacoma for two decades. 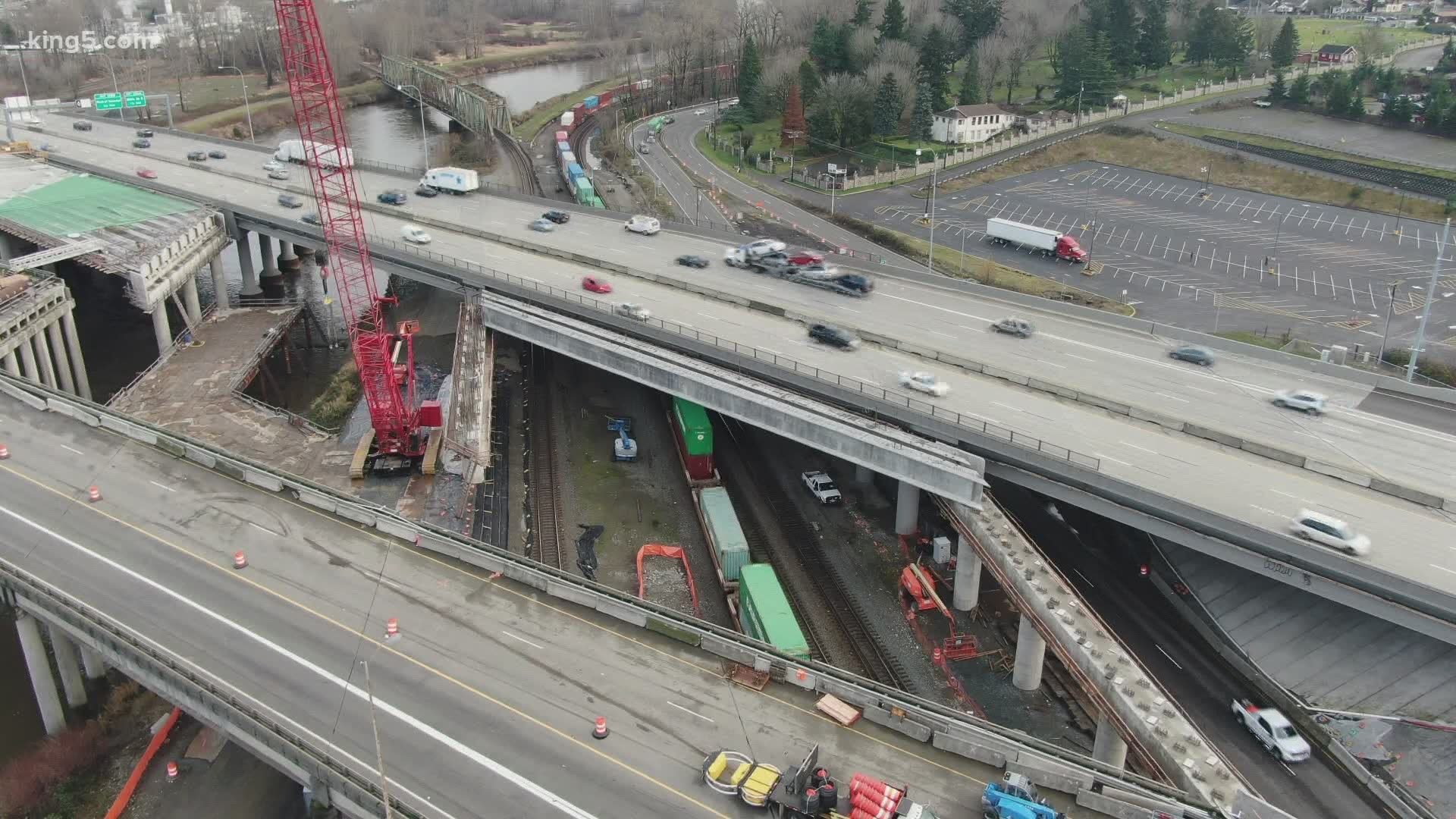 TACOMA, Wash. — The job of finishing new I-5 bridges over the Puyallup River now involves what the Washington State Department of Transportation (WSDOT) calls the longest beam ever made.

The beam is 223 feet long and more than 8 feet high. But its little brothers are almost as lengthy. Many of the 30 beams being cast to finish the project are just 3 feet shorter.

He said the pre-stressed beams use a special concrete that can hold up traffic as well as their own weight. The beams are made nearby at Concrete Technology Corporation in Tacoma.

WSDOT said the coronavirus pandemic negatively impacted construction schedules and slowed down the project by about six months. The new I-5 bridges should be fully open by this fall based on current estimates. One lane of the southbound bridge may be open by this spring.

The bridge project is the last of 14 major projects that have stretched out along I-5 through Tacoma for two decades.

Wynands was there from the beginning.

“This series of projects began back in 2000, 2001 when we constructed a new interchange at 38th Street in Tacoma on I-5,” Wynands said.

And he thanked drivers for their patience, as contractors had to maintain three lanes open in each direction and accommodate 230,000 vehicles a day – before the pandemic sent many people home.

RELATED: State-of-the-art ferry terminal opens in Mukilteo after decades in the making