WSDOT crews will continue to work below the trestle to clear the remaining logs. 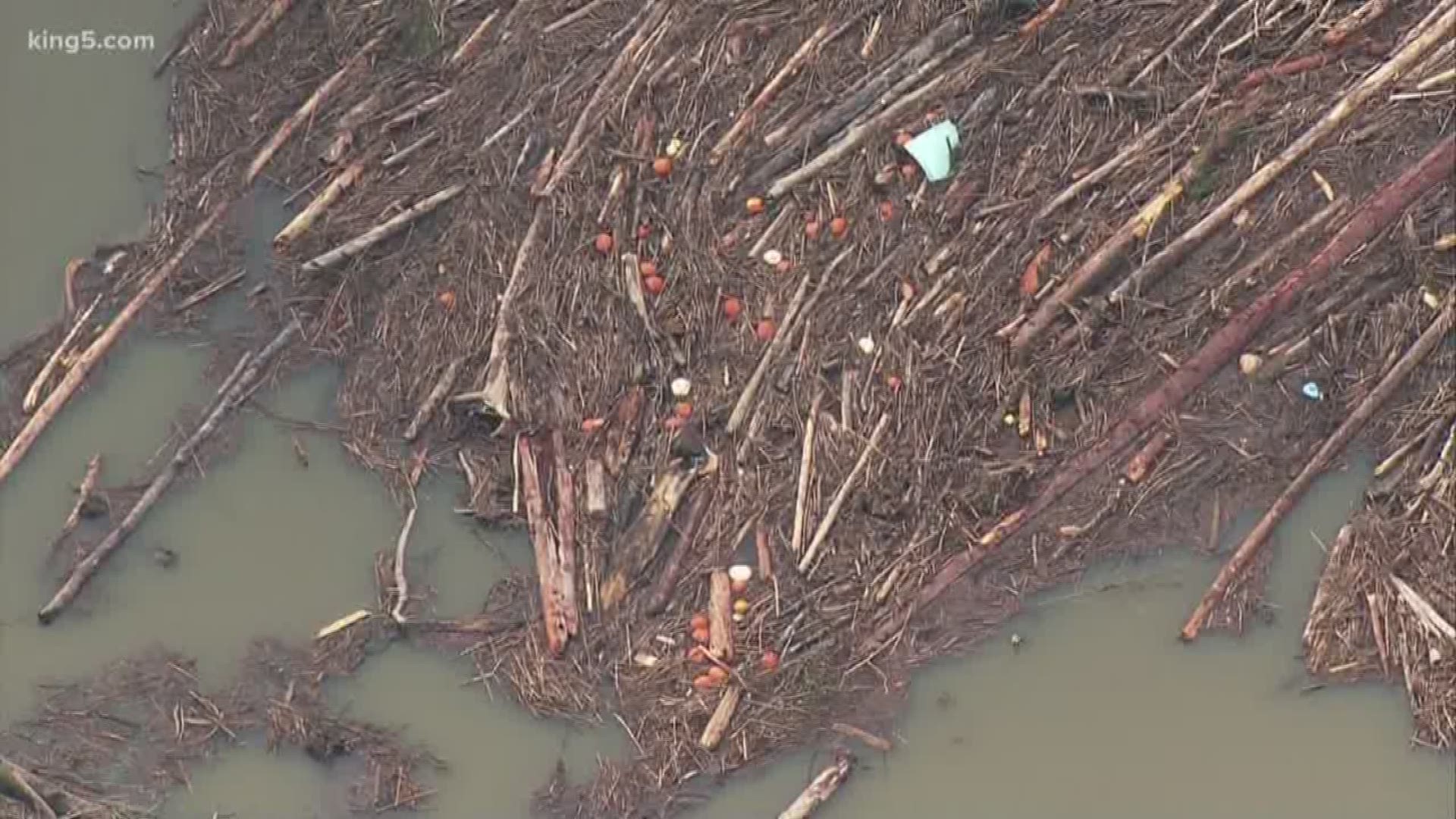 EVERETT, Wash. — All lanes of eastbound U.S. 2 near Everett are now open after crews closed one lane to clear debris from a logjam on the Snohomish River.

The Washington State Department of Transportation (WSDOT) said crews will continue to work below the trestle to clear the remaining logs. WSDOT inspected the bridge piers and found no damage from the debris and logs.

Heavy rains caused a pile of lumber to accumulate in the Snohomish River along U.S. 2 on Tuesday afternoon. Crews cleared about half of the debris that was leftover from Wednesday, according to WSDOT.

WSDOT said a crane, an excavator and boats were brought in to help remove the debris.

Instead of attempting to bring the wood debris up onto the bridge, crews were working to open a channel and guide it downriver with the natural current.

Some of the logs made their way to a floating dock, causing significant damage. 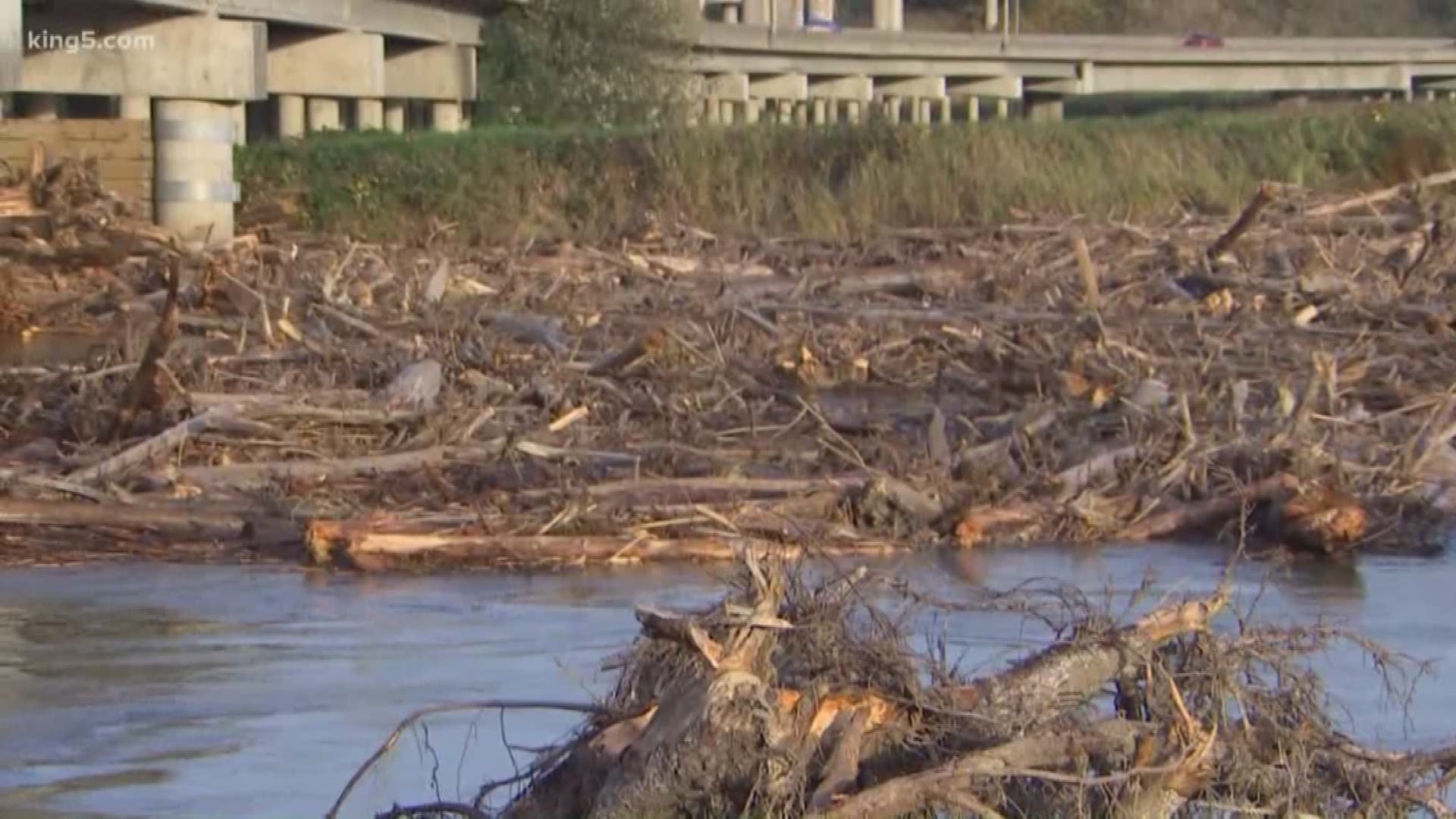