As ridership grow, Kitsap Transit is preparing to expand it's service between Bremerton and Seattle. 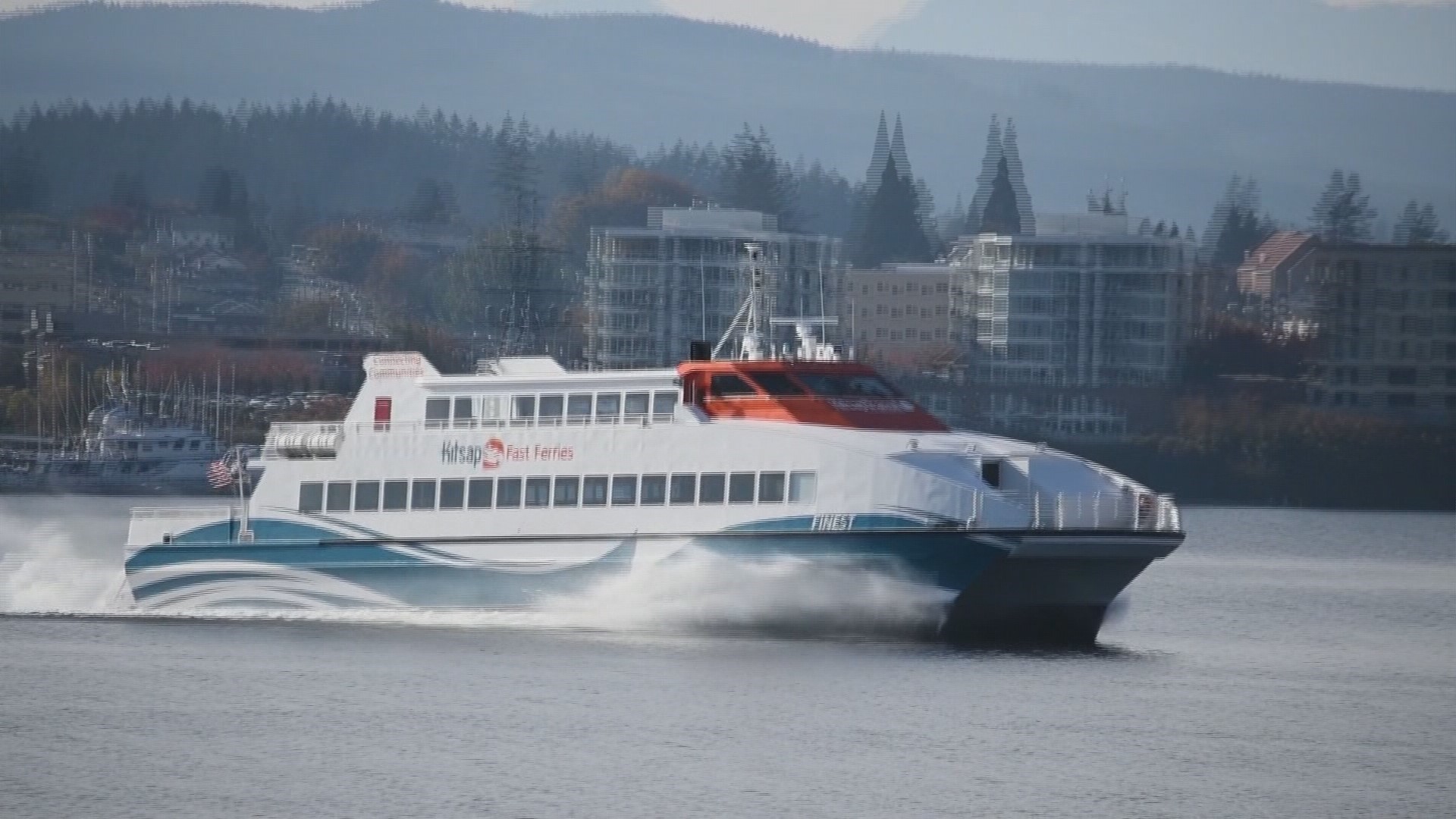 BREMERTON, Wash. — Kitsap Transit is expanding fast ferry service between Bremerton and Seattle following an increase in ridership and a favorable study.

Two-boat service begins Feb. 24 when Kitsap Transit offers 24 sailings daily on weekdays during peak commute hours – 10 in the morning, 14 in the afternoon.

The announcement follows a study last fall when Kitsap Transit operated 140 one-way trips between Bremerton and Seattle for four weeks. The four-week study was meant to simulate a two-boat schedule and allowed a research team to college data to measure the impact of the fast ferries on Rich Passage's beaches and nearby coastline. Researchers found little to no impact from the additional service.

When it was still operating its own fast ferry service, Washington State Ferries faced litigation from Rich Passage property owners who alleged wakes from the 350-passenger vessels were eroding beaches and damaging bulkheads. That service ended in the mid-2000s.

A research grant was turned over to Kitsap Transit, which led to the creation of the Rich Passage 1, which went into regular service in July 2017.

Kitsap Transit has two similar vessels, which were delivered last summer. All three vessels have capacity for 118 passengers.

Overall ridership on the fast ferry service grew by 179,842.

Kitsap Transit also operates a route between Kingston and Seattle. Annual ridership for that route was 175,405. The service started in November of 2018.

The growth in ridership last year, according to Kitsap Transit, was driven primarily by the Kingston route, four weeks of two-boat test service on the Bremerton-Seattle route in September 2019, and a joint campaign with Washington State Ferries in January 2019 to promote walk-on passengers during the Alaskan Way Viaduct closure.

Ridership decrease by 3.2% in 2019, blamed in part on a snowstorm, ongoing waterfront construction and alternative ferry service from Kitsap Transit.

RELATED: ‘We are bummed’: Winning eBay bidder for Washington state ferry says owner sold vessel to someone else

Ridership on the state’s busiest route, between Seattle and Bainbridge Island, fell 2.2%.

The largest jump came on the Southworth/Vashon segment of the “Triangle Route,” where ridership was up 5.2%, a gain of more than 10,000 customers over the 2018 totals. It was the fourth year in a row that the biggest percentage increase has been on a route serving Southworth, according to WSF.

The Long Range Plan also calls for the eventual addition of 16 new ferries over the next 20 years to support the projected growth.