All southbound lanes of I-5 have reopened at 88th Street NE following a full closure of the freeway due to a jack-knifed semi-truck. 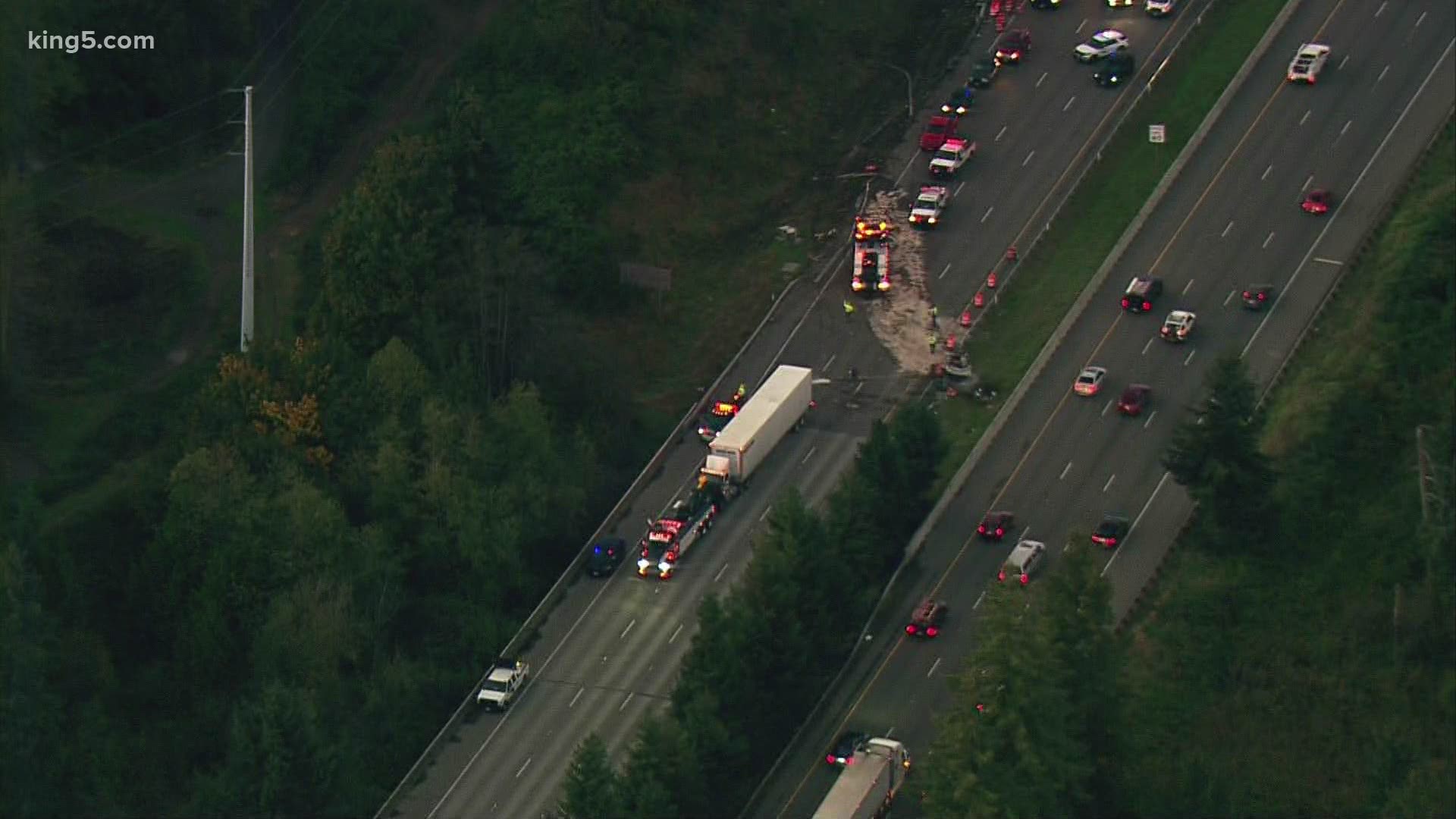 All lanes have since been reopened.

The Washington State Patrol says the semi-truck driver fell asleep at the wheel, causing them to veer onto the right shoulder and hit the guardrail. The driver then crossed all lanes and hit the left guardrail. No one was hurt and no other vehicles were involved, tweeted WSP.

This is a developing story and will be updated once more information is available.