The southbound lanes of I-5 were closed as crews worked to clean up the wreckage from four semi-trucks that crashed. 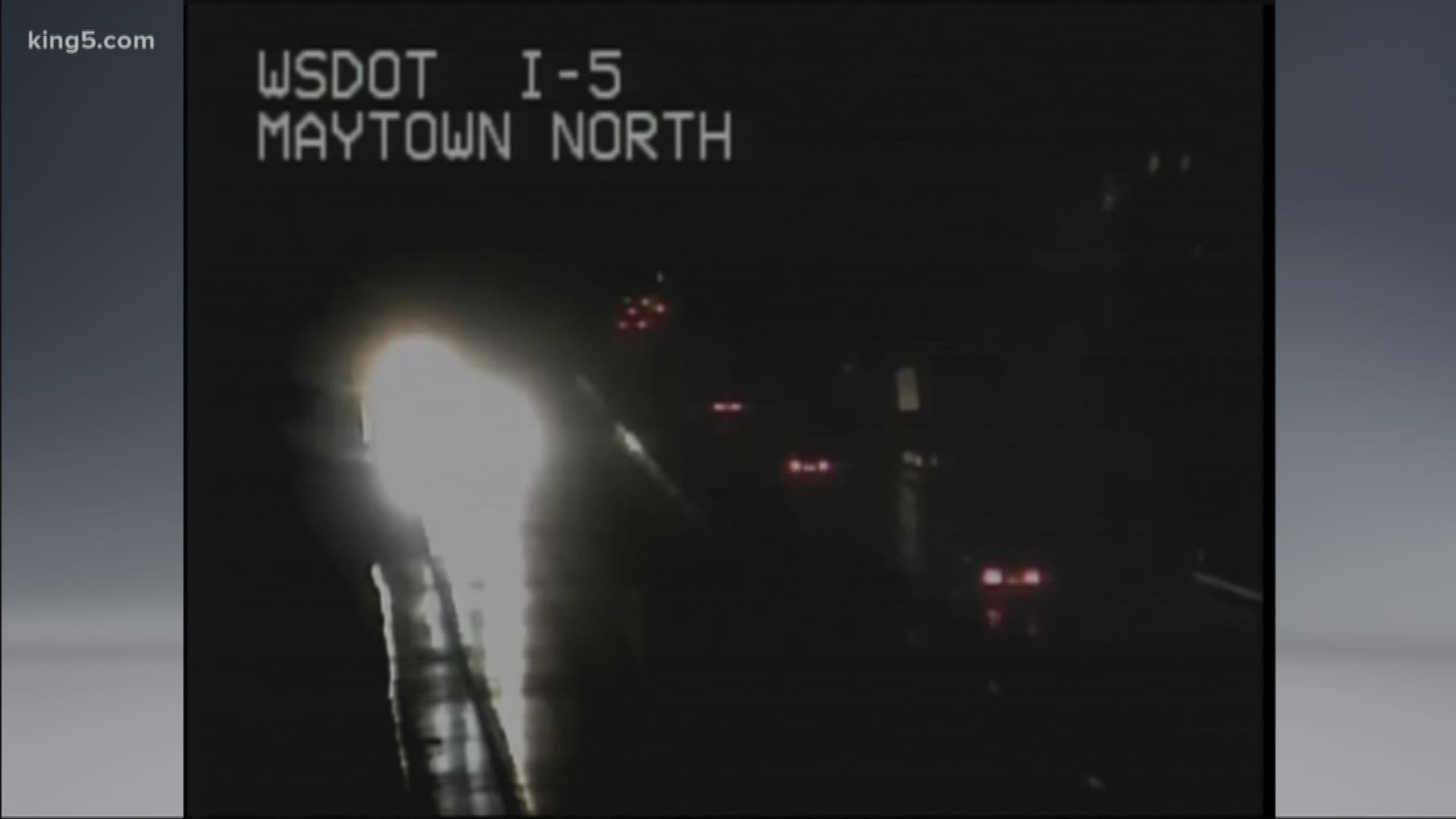 Both the northbound and southbound lanes on Interstate 5 near Maytown in Thurston County have reopened-- 10 hours after a crash involving four semi-trucks blocked a portion of the road.

The crash happened at about 1 p.m. near 113th Ave. SW north of Maytown.

Washington State Patrol Trooper Johna Batiste said it appeared that one semi was traveling northbound and jackknifed into the center barrier, then a second semi also going north hit the first semi, pushing it through the barrier.

After that, a third semi in the southbound lanes struck the first semi-truck, and a fourth semi going south also, went off the roadway trying to avoid the crash.

Luckily, no other vehicles were involved and there are no serious injuries, according to WSP.

The southbound lanes of I-5 near Maytown were completely blocked off since the time of the crash this afternoon. At one point, Washington State Department of Transporation officials opened up the southbound lanes to give some drivers that weren't able to exit a way out, but then closed the lanes again to continue with clean up. 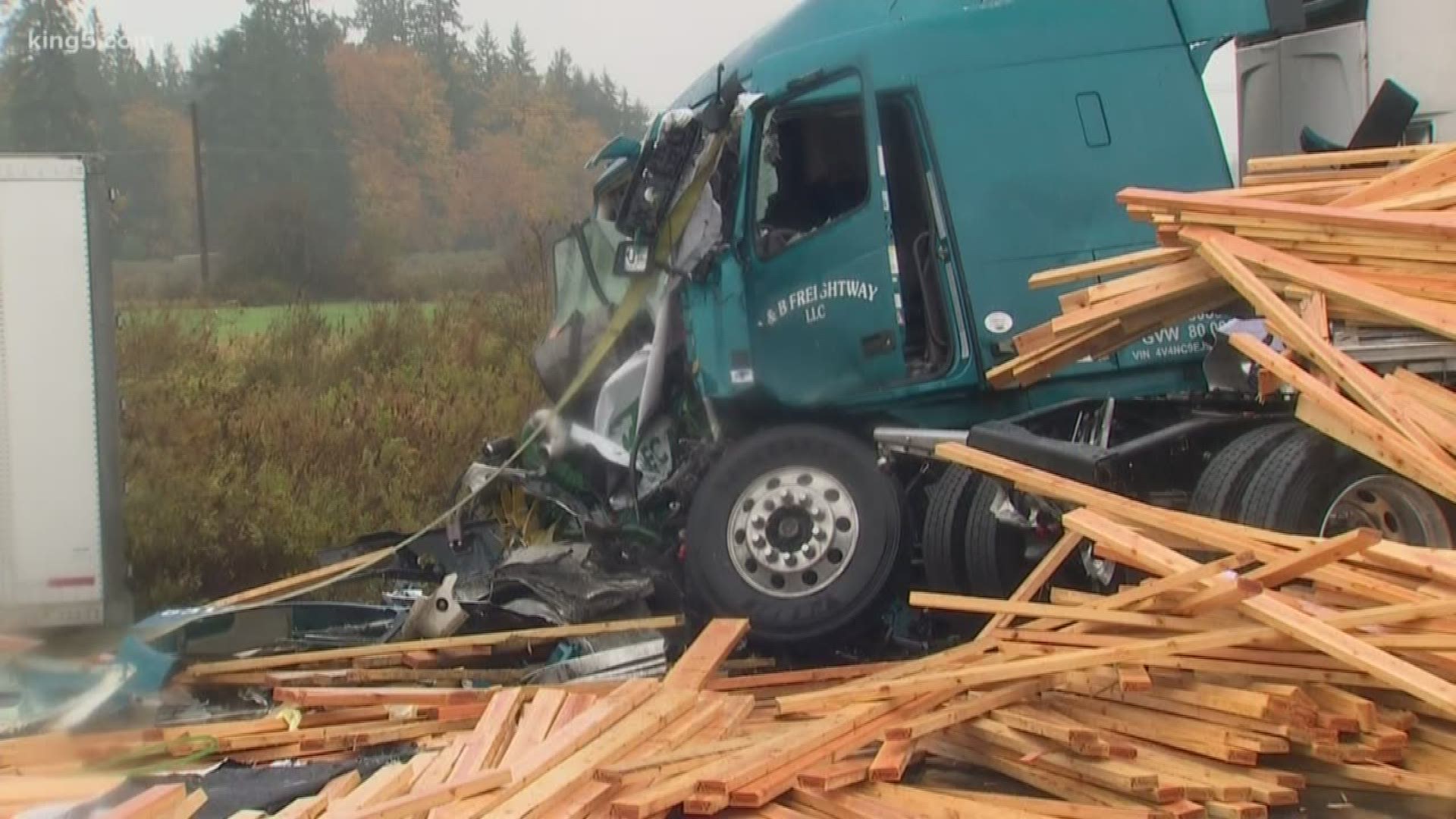 Some of the semi-trucks were hauling lumber that was spilled all over the Interstate.

Transportation officials had to bring in equipment to push the lumber off the roadway and get tow trucks to work on taking away the wrecked semi-trucks. The clean up caused major traffic headaches during the evening commute and crews were still working to clear the mess late Monday.

In addition to removing the semi-trucks from the roadway, crews are also working to repair the damaged barrier between northbound and southbound I-5.

Dozens of drivers were caught in the backups from the crash. Drivers were advised to take a detour on State Route 121 and 93rd Avenue to avoid the crash. The detours caused more congestion on those surrounding roadways throughout the evening.