I-5 back open after tanker crash shut down lanes

A crash involving an overturned tanker and multiple vehicles has shut down all lanes of Interstate 5 in both directions near downtown Seattle. 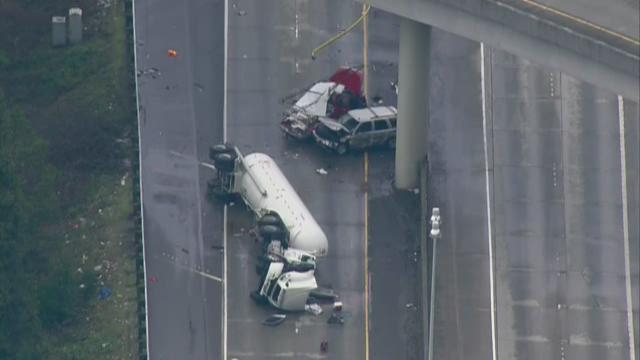 SEATTLE - Both directions of Interstate 5 have reopened after a crash shut down all lanes through Seattle for eight hours Monday.

Express lanes will remain closed until all resources are clear.

The collision happened around 10:30 a.m. on the southbound collector-distributor lanes of I-5. Firefighters and aid crews transported three people to the hospital. They reportedly suffered non-life-threatening injuries.

WSDOT says the tanker is carrying liquid petroleum gas, which is highly flammable. As a precaution, Seattle police and Washington State Patrol crews were evacuating homeless encampments under I-5 in the area, extinguishing campfires.

Seattle tanker crash shuts down I-5

1 / 10
A tanker truck rolled over after being involved in a collision in Seattle, causing both directions of the freeway to be shut down, Feb, 27, 2017. (Credit: KING)

Traffic was backed up considerably in both directions of I-5 and even affected traffic on the West Seattle bridge and I-90. 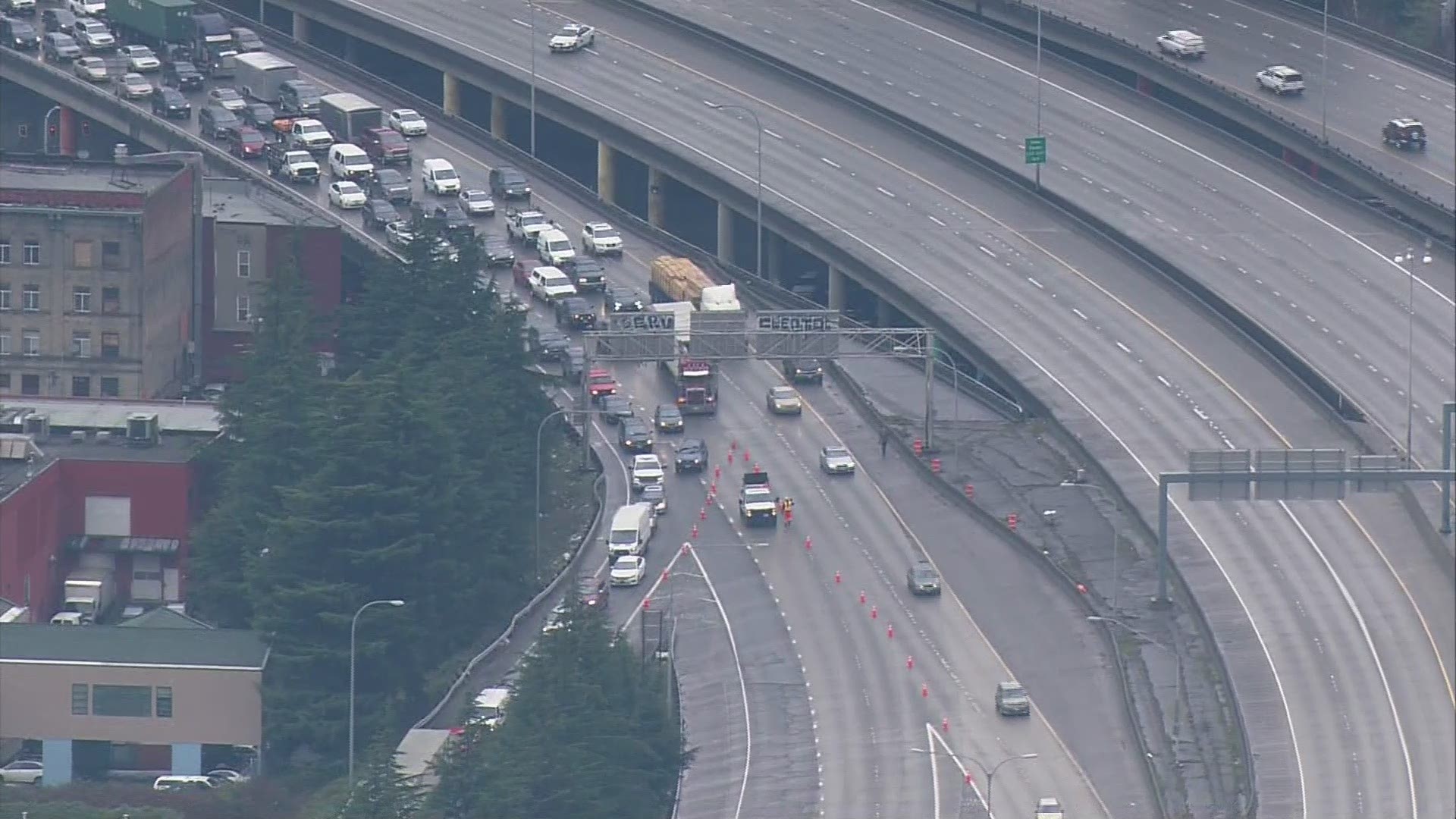