In some areas, traffic meters have been turned on once again to relieve congestion. 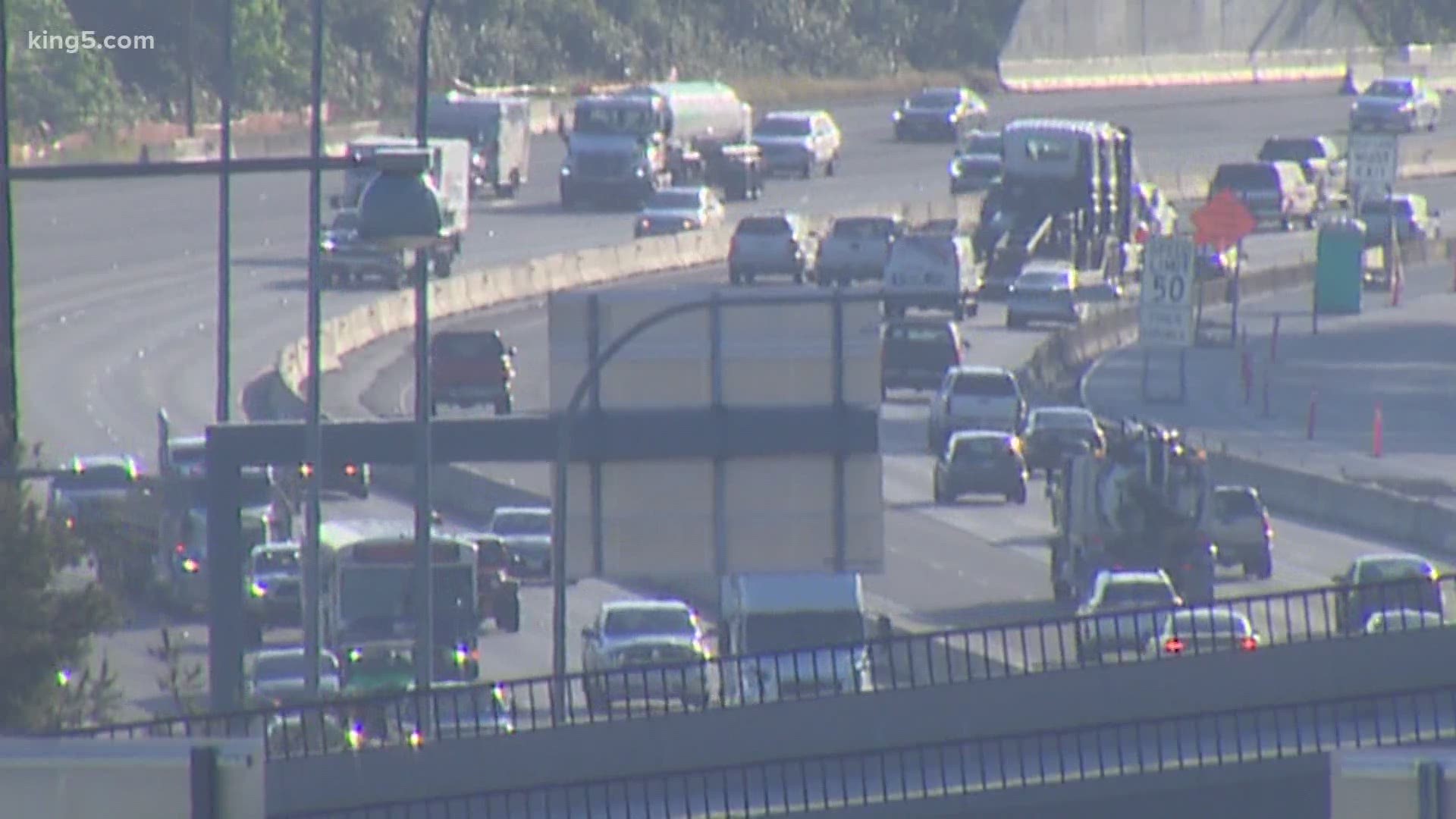 WASHINGTON — The Washington State Department of Transportation is seeing an uptick in traffic on state highways in western Washington.

In some areas, traffic meters have been turned on once again to relieve congestion.

However, a spokesperson for the department said the increase has been slight.

Traffic numbers are still low compared to May of last year, but as more restrictions are lifted on Governor Jay Inslee's "Stay Home, Stay Healthy" order; drivers can expect traffic patterns to change.

"If you see more sectors getting back to work, you're going to see more demand on freeways," said Bart Treece, communications manager at WSDOT. "Still a significant decrease from where we were, but yeah you are seeing a slight uptick this week compared to last week."

Treece said those are ballpark numbers, meant to serve as a guide as WSDOT continues to monitor traffic patterns.