I-5 closed overnight this weekend between Fife, Federal Way for bridge work

Interstate 5 will be closed from 54th Avenue East in Fife and SR 18 in Federal Way from 11 p.m. to 8 a.m. on Friday and Saturday nights. 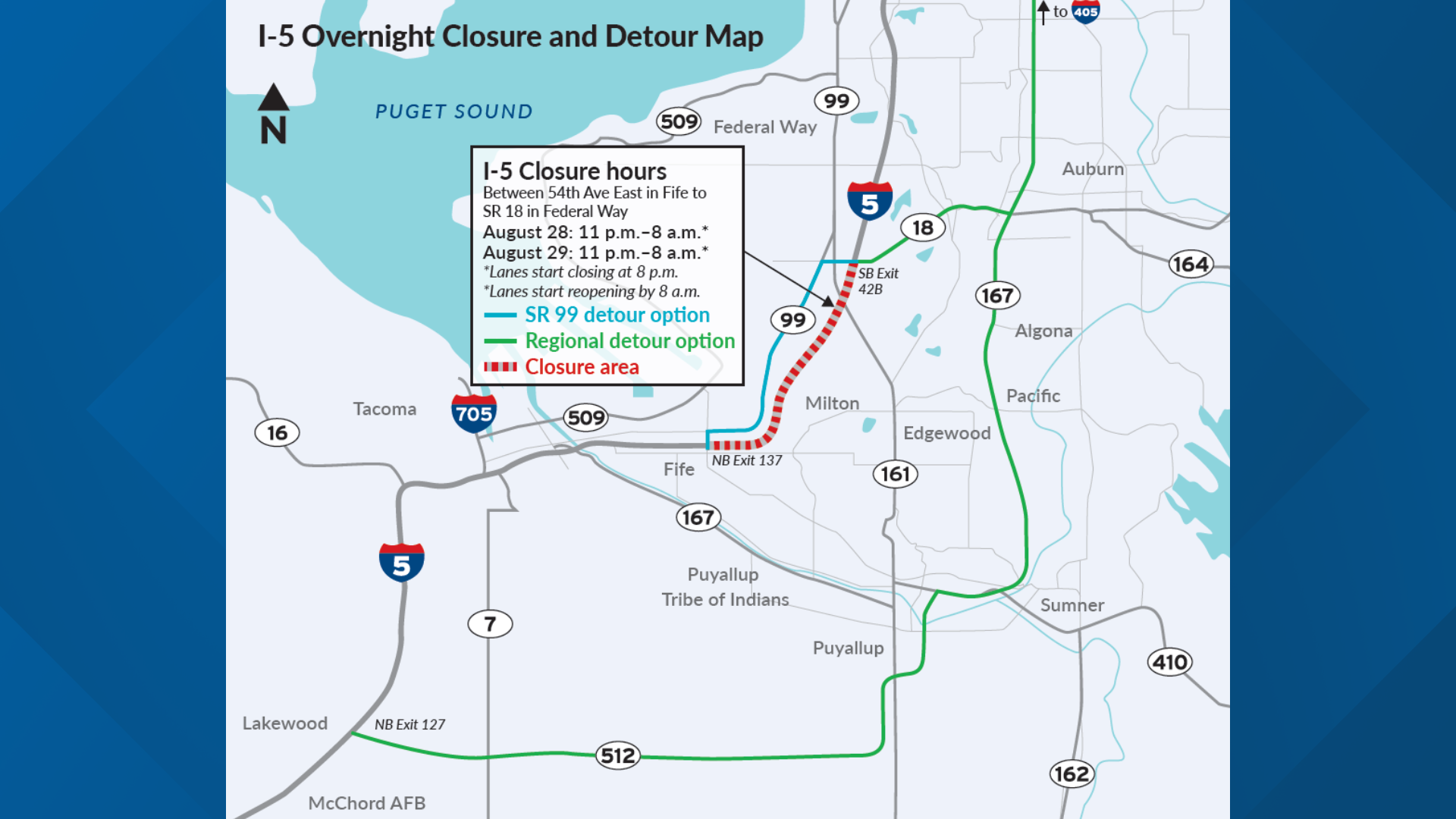 FIFE, Wash. — Buckle up for potential traffic and back-ups on Interstate 5 this weekend.

Both directions of I-5 will be closed between Fife and Federal Way during overnight hours on Aug. 28 and 29 due to construction work for a bridge over the freeway.

On Friday and Saturday, lanes will begin closing at 8 p.m. between 54th Avenue East in Fife and State Route 18 in Federal Way. Lanes will be completely closed by 11 p.m. and will begin reopening at 8 a.m. the following morning. All lanes will be back open by noon.

The work is part of a larger project to complete SR 167 and improve connections to I-5.

During the closure, contractors will move 10 girders into place for the new 70th Avenue East Bridge, which will cross the freeway in Fife. The girders are 220 feet long and each weigh 231,000 pounds, according to WSDOT.

Crews must close the freeway to transport the girders from Tacoma and install them using a crane.

Credit: WSDOT
A 223-foot-long bridge girder belonging to the future southbound I-5 Puyallup River Bridge. The Fife girders are 220-feet long. Combined, these two projects set the record for the largest pre-stressed concrete girders made in the US. They are made in Tacoma by Concrete Technology Corp.

WSDOT chose weekend overnights for this work, because the agency says it is the least-traveled time on I-5.