Northbound I-5 traffic was backed up to the Pierce County line after two Thursday morning crashes. 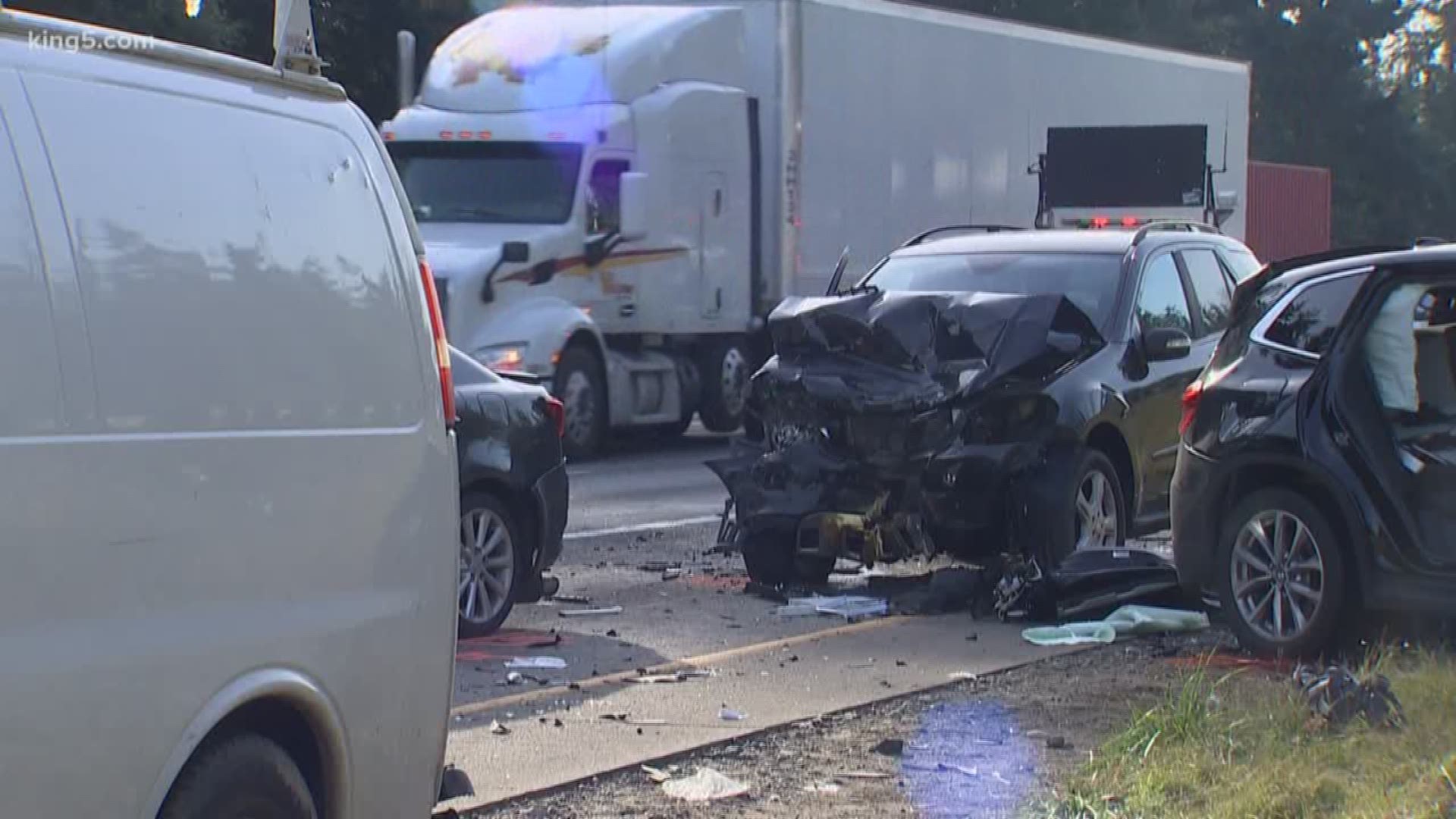 All lanes have re-opened to traffic.

The crash on South 272nd Street happened just before 4:30 a.m., according to the Washington State Department of Transportation. The collision blocked several lanes and caused a 10-mile back-up at one point. It took nearly five hours to clear that crash. 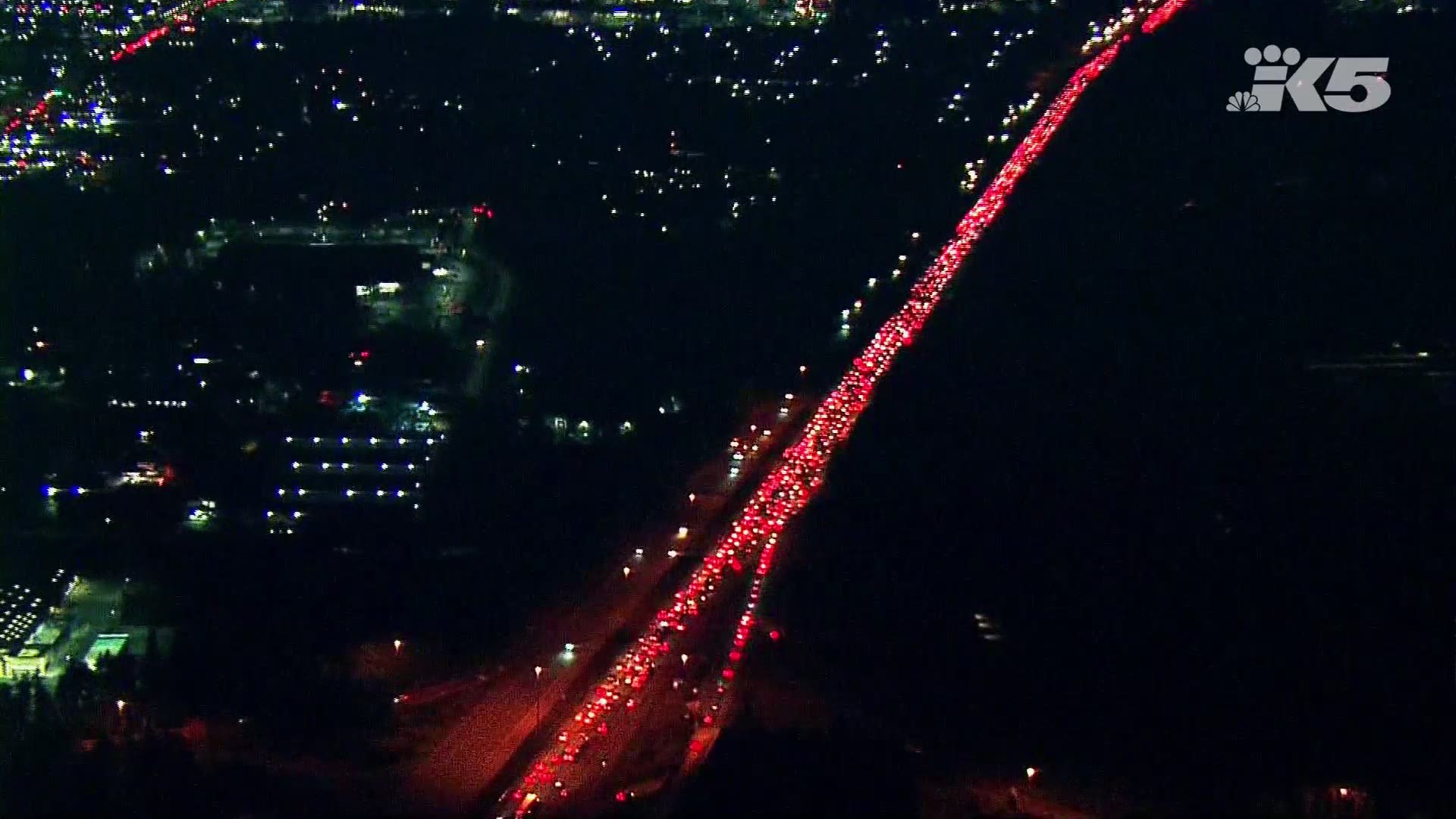 A second crash involving five vehicles happened about 9 a.m. north of South 317th Street, about one mile south of the earlier crash.

The suspect vehicle reportedly sped up the left shoulder before the crash, according to Washington State Patrol Trooper Rick Johnson. Both people inside the car fled after the crash and were since taken into custody.