Driver dies after semi-truck crashes into building in Pierce County

A truck driver was unable to brake, crashing into a warehouse while traveling northbound on Waller Road on April 5. 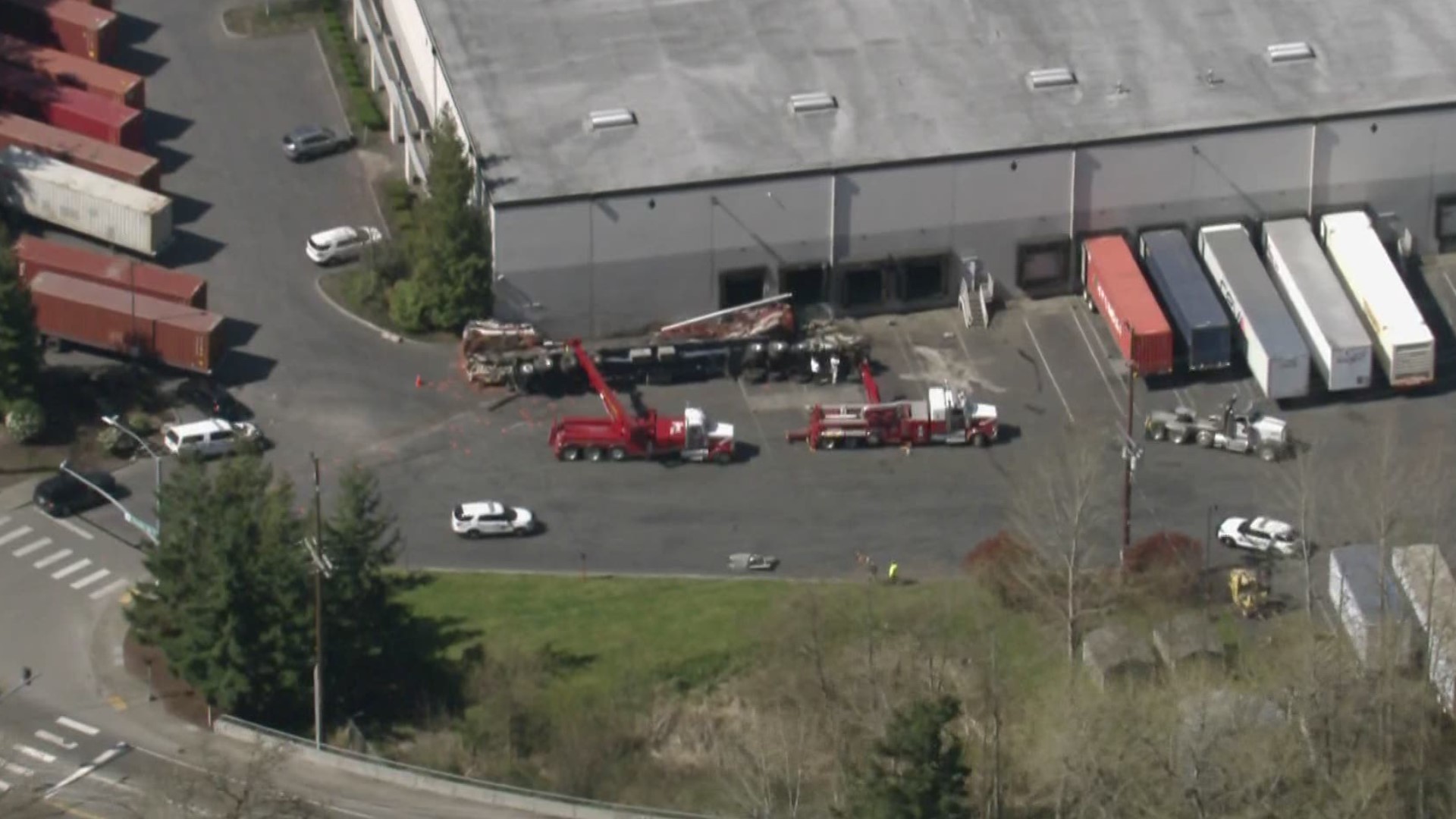 PIERCE COUNTY, Wash. — A 45-year-old man died Monday morning when he was unable to stop the semi-truck he was driving and crashed into a building.

According to the Pierce County Sheriff's Office, the driver was heading down a steep, windy section of Waller Road around 7:30 a.m. When the truck neared the intersection at Pioneer Way East, the driver was unable to brake.

The driver missed cars at the intersection, but crashed into a warehouse parking lot.

The tractor rolled onto its side and slide into a building.

The truck's cabin was crushed, according to the sheriff's office.

The sheriff's office said commercial vehicle enforcement officers from the Washington State Patrol inspected the truck and confirmed that some of the brakes were defective and the driver could not stop.