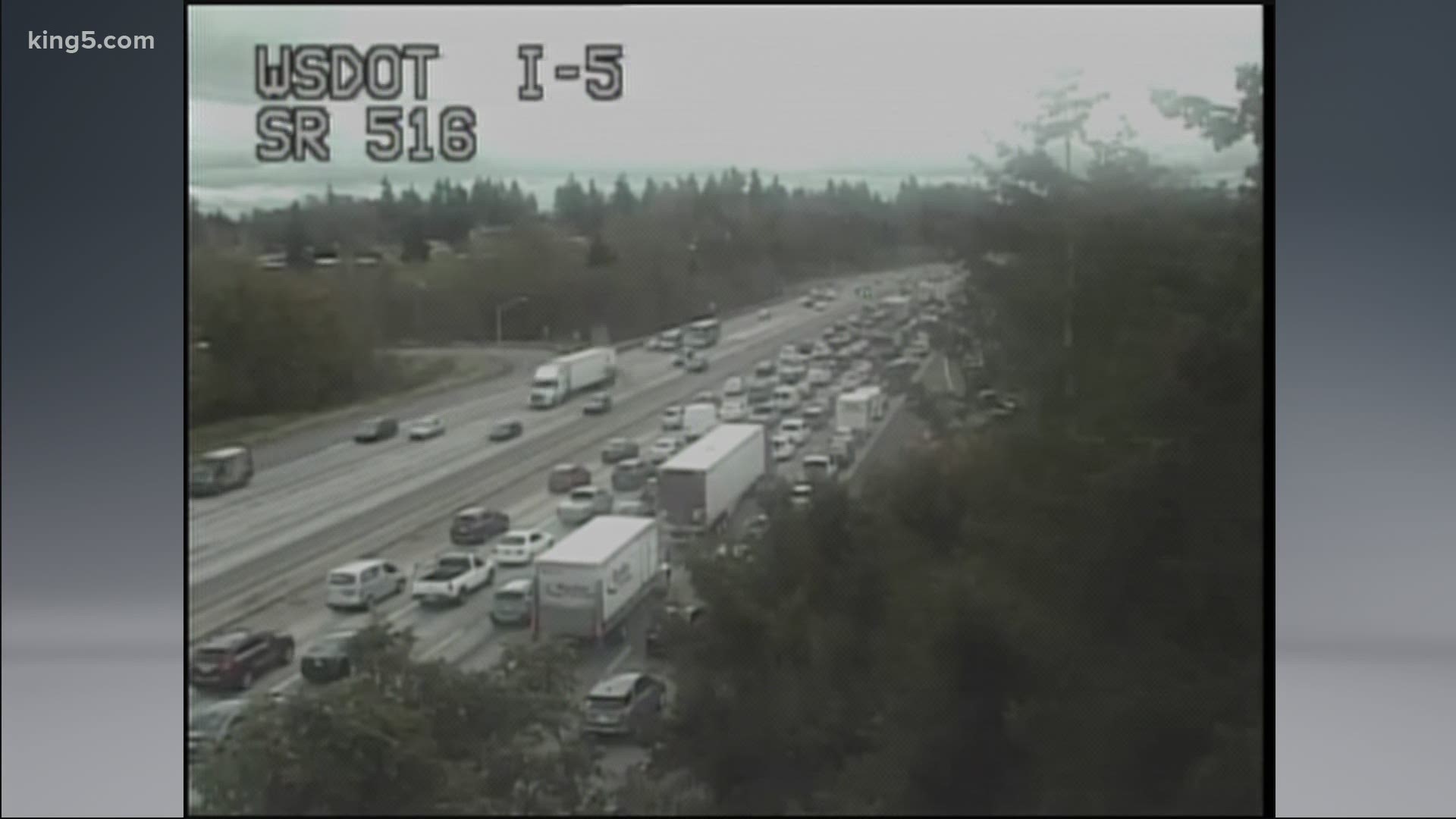 FEDERAL WAY, Wash — Multiple lanes of southbound I-5 approaching Federal Way were blocked by a "major" vehicle fire, according to the Washington State Department of Transportation.

The fire was just north of South 272nd Street.

There was a three-mile backup reported around 12:30 p.m. as crews began to reopen the freeway.

According to the state DOT, a semi-truck hauling scrap metal caught fire.