All five lanes of West Marine View Drive will be closed from Sept. 17 to Sept. 26. 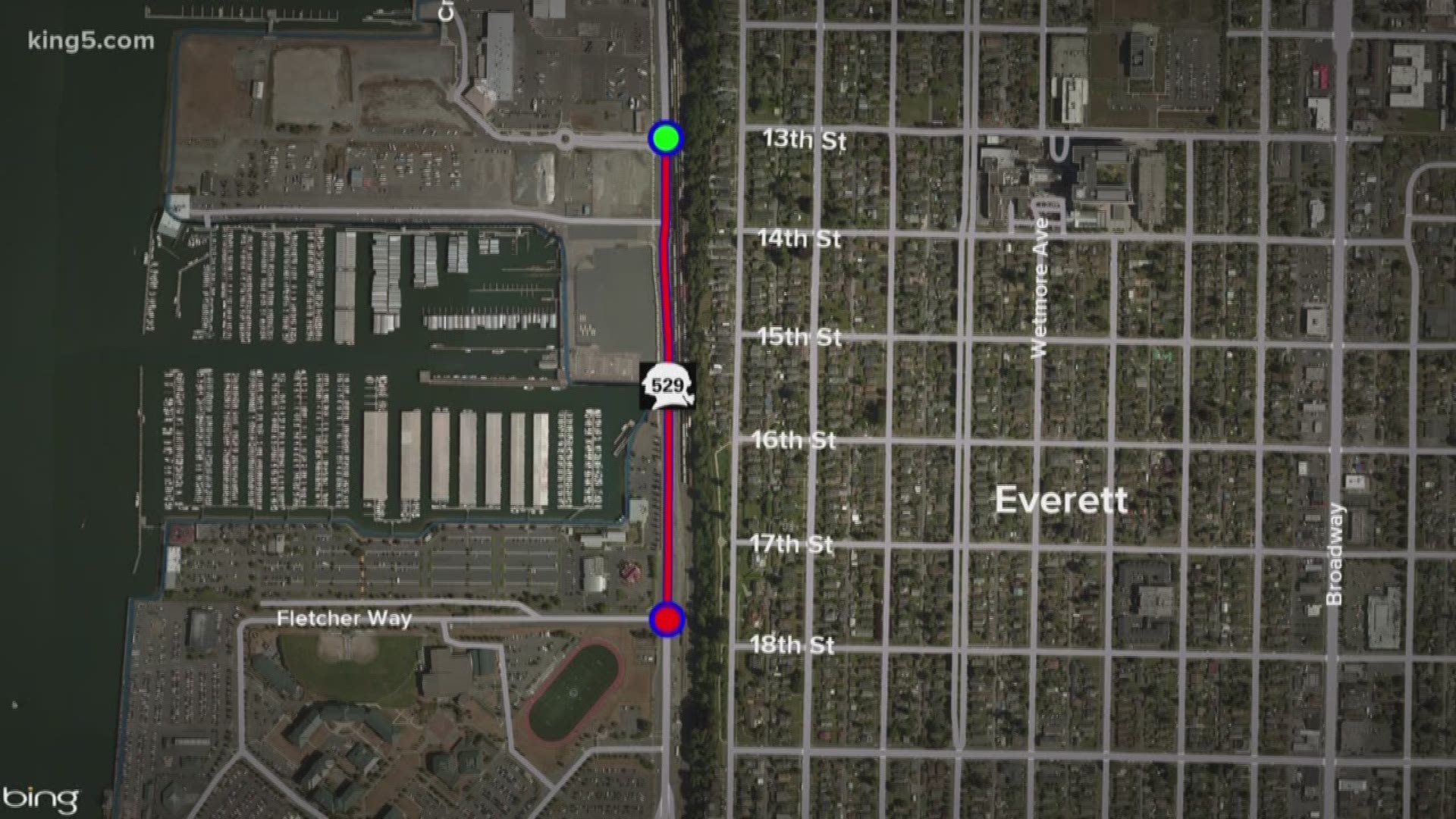 All five lanes of West Marine View Drive will be closed through Sept. 26. The closure extends from 13th Street to 18th Street.

Lifting towers were constructed to lift the million-pound steel truss 36 feet into the air.

The bridge will cross from the Grand Avenue Park bluff, over Burlington Northern-Santa Fe Railroad right-of-way and State Route 529 with a landing point on Port of Everett property.

RELATED: Commuters who met on Sounder train get married at Everett Station

The pedestrian waterfront trail and sidewalk will be closed north of Lombardi’s Restaurant from Friday, September 20 through Wednesday, September 25.

Grand Avenue will be closed from 16th Street to 17th Street on Wednesday, September 25. There will be a zone that pedestrians cannot access unless they are a resident in the closed block.

The bridge will carry storm drainage and sewer pipelines across BNSF railroad tracks, West Marine View Drive and a steep slope as well as serve as pedestrian access from Grand Avenue Park to the waterfront.