The Alaskan Way Viaduct replacement project is nearly complete with the Battery Street Tunnel filled in. 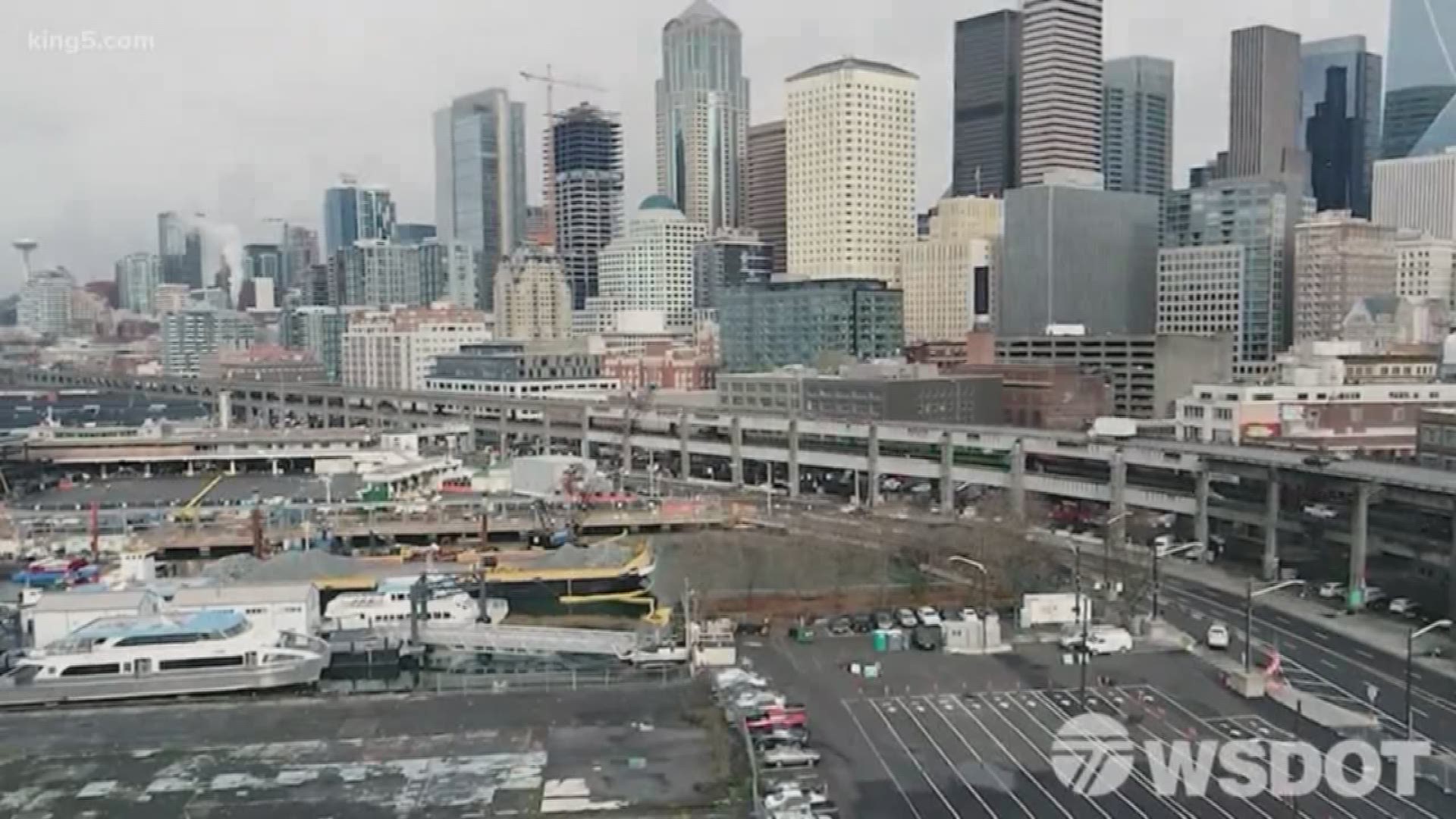 SEATTLE — The Battery Street Tunnel that drivers once used to travel between Aurora Avenue North and the Alaskan Way Viaduct was filled in late last month.

Contractors crews began decommissioning the tunnel after the State Route 99 tunnel under Seattle opened in February 2019.

In addition to filling in the tunnel, work at the north end is nearly complete. The trench of highway lanes into and out of the tunnel that once prevented travel between Denny Way and Mercer Street is now Seventh Avenue North. The work reconnected the South Lake Union and Uptown neighborhoods.

With the tunnel filled in and work on the surrounding area wrapping up, the program to replace the viaduct that included 30 projects will soon be down to two: rebuilding Alaskan Way and the South Access Surface Streets Connections project near the stadiums.

The South Access streets project will complete road work between South Atlantic Street and South Deaborn Street in SODO. Sections of street and sidewalks that were paved temporarily will get longer-lasting concrete. A new section of a pedestrian plaza linking Occidental Avenue to the new amenities along Alaskan Way will be built. A section of bicycle and pedestrian trail will be constructed as well.

Work on that project is scheduled to being next spring.