A driver ran from the scene of a crash on northbound SR 599 Friday morning. 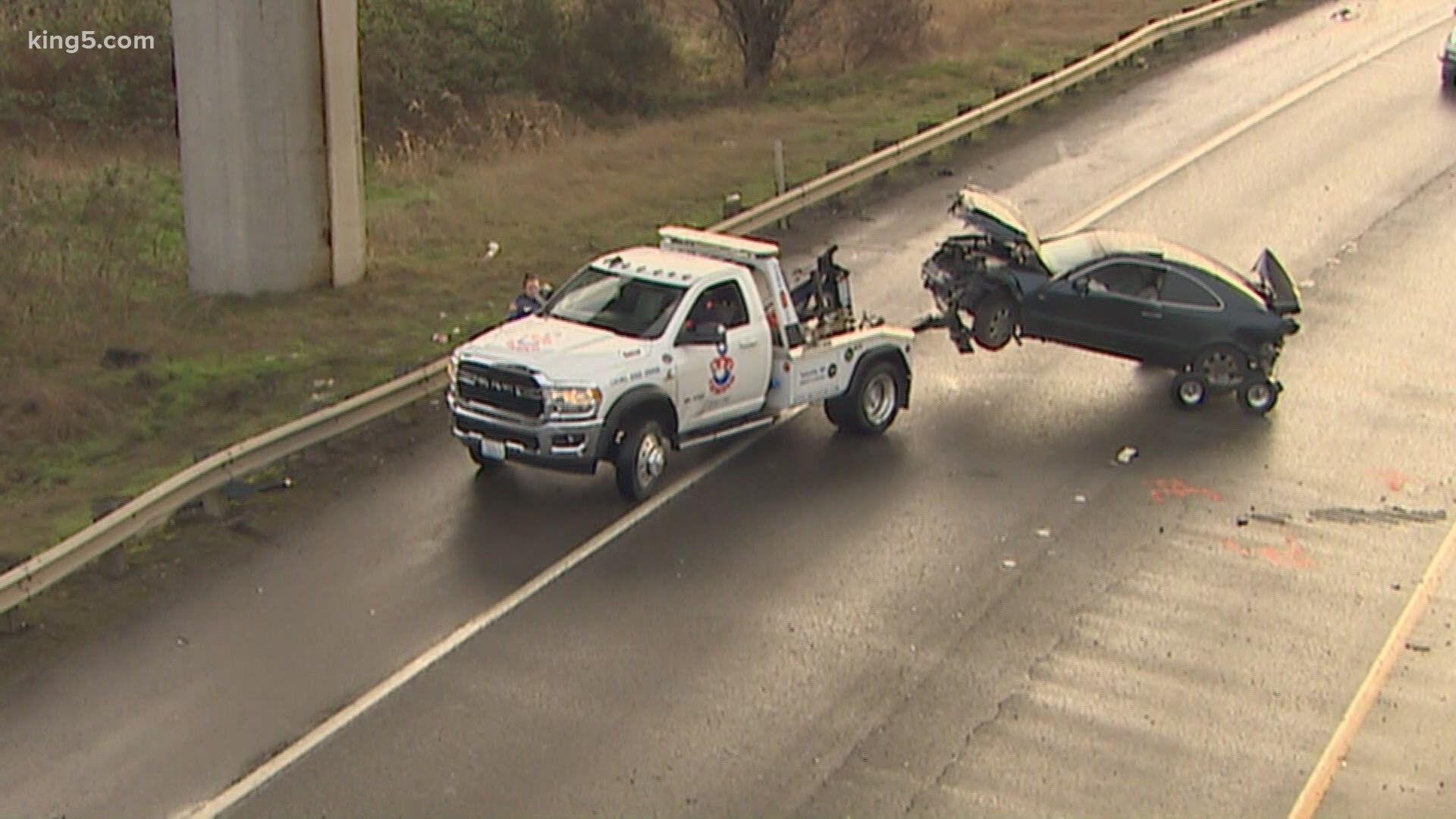 TUKWILA, Wash. — The northbound lanes of State Route 599 were blocked for several hours Friday morning after a hit-and-run driver caused a 12-vehicle crash.

The crash occurred near East Marginal Way in Tukwila around 5 a.m. All lanes of SR 599 reopened around 8:15 a.m.

According to Washington State Patrol Trooper Rick Johnson, a woman was speeding and tried to get between a semi-truck and another vehicle. The woman hit the semi-truck and then the guardrail, causing a chain reaction. A total of 12 vehicles were involved in the crash.

Johnson said the woman who caused the crash got out of the vehicle after the wreck and ran from the scene. Investigators believe she was picked up by another vehicle.

No major injuries have been reported. 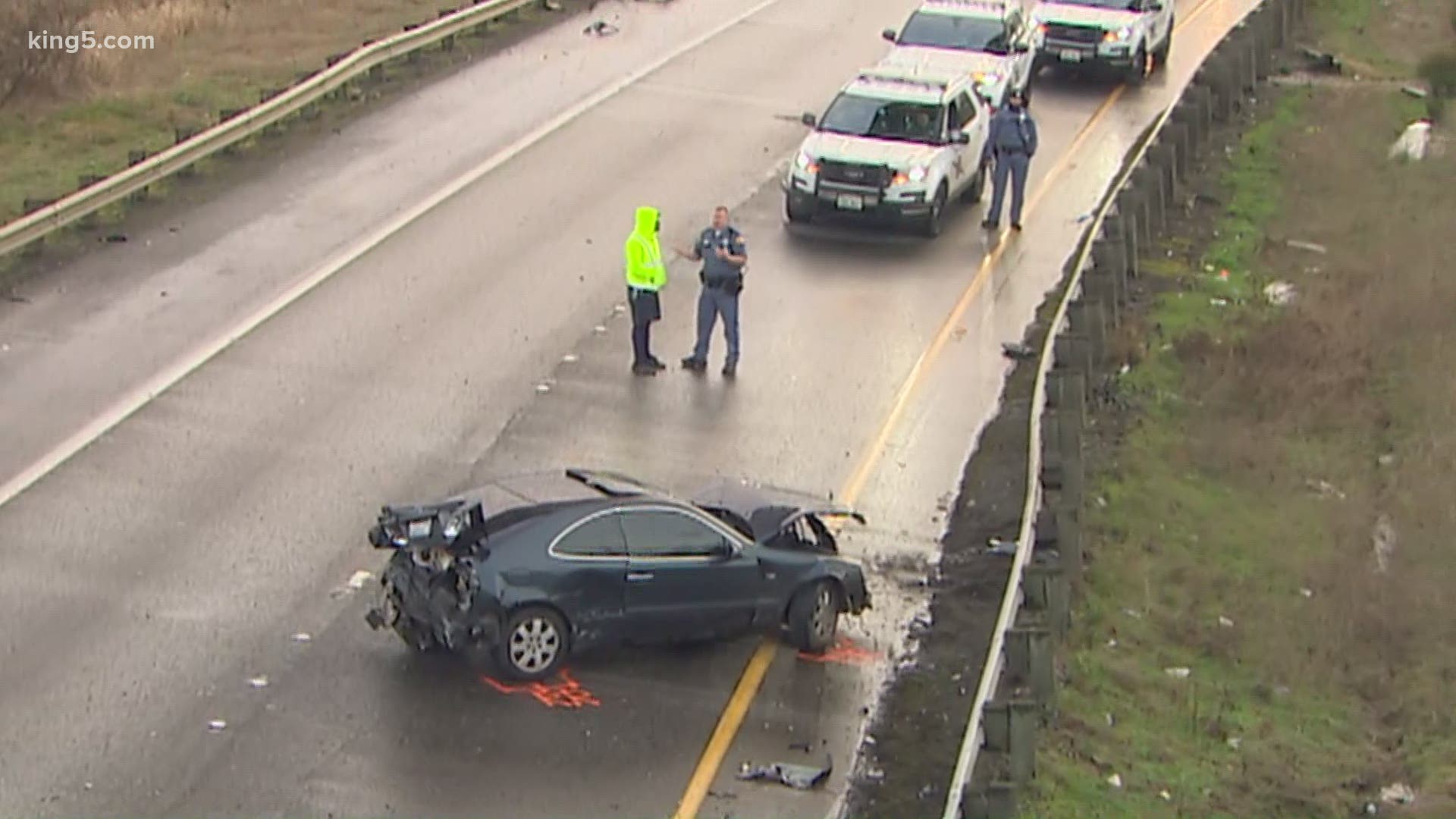