During an inspection this past weekend, WSDOT crews found corrosion and several cracks on a steel stringer. 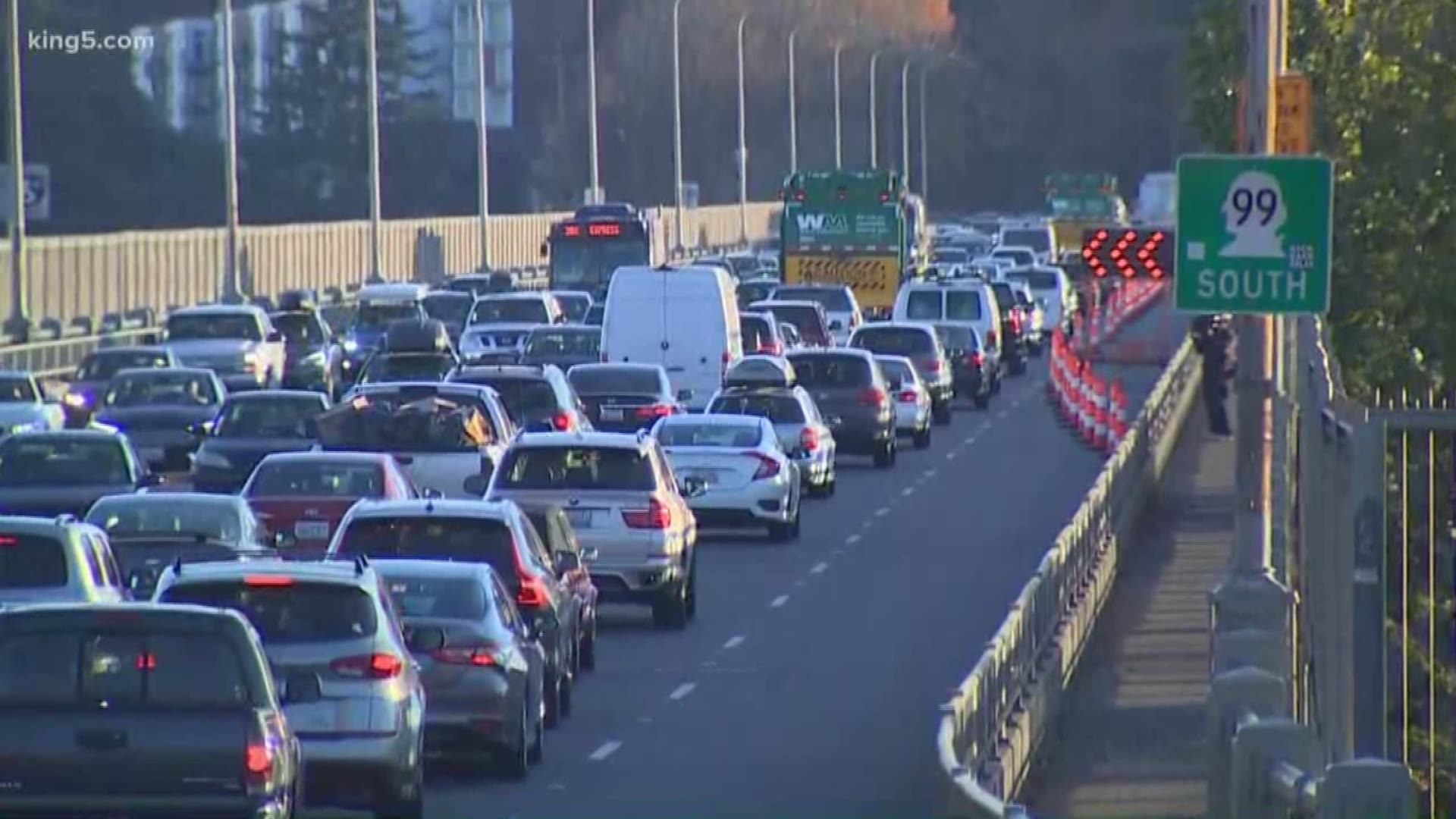 "Once you start to see that the steel section is collapsing or compressing that's when we get very concerned about it and go out and take a lane," said Mark Gaines, state bridge inspector for Washington State Department of Transportation.

Inspectors identified a number of issues they were concerned about during a 32-hour routine inspection of the 1930's era bridge in September. During the follow-up inspection this past weekend, crews found corrosion and several cracks on a steel stringer.

Stringers run the length of the bridge and support the weight of traffic.

Gaines said crews noticed about a half-inch collapse of the outside stringer, which promoted the lane closure.

“That’s why we have such a robust inspection program, is to catch these things early and to be able to take action like this to be able to make sure we’re keeping the public protected,” Gaines said.

WSDOT crews are working on a repair plan, which will be released soon, according to Gaines.

"None of this stuff is the sort of thing that leads to a catastrophic event on the bridge," added Gaines.

"When we designed the bridge in 1931 it was not designed for the same size of trucks of amount of traffic volume we have today. So, as the bridge gets older it's going to require more investment," said Gaines.

Travelers should plan for delays, especially during the morning and afternoon commutes if traveling toward downtown Seattle through Fremont and Wallingford.

While the bridge is still safe to cross, the southbound right lane will be closed until repairs are developed and implemented.Gaines said depending on the repair plans WSDOT may need to close additional lanes.

Travelers who normally use southbound SR 99 should expect delays in the area and consider alternatives: