A multi-vehicle crashed closed four lanes of southbound I-5 in downtown Seattle Friday. 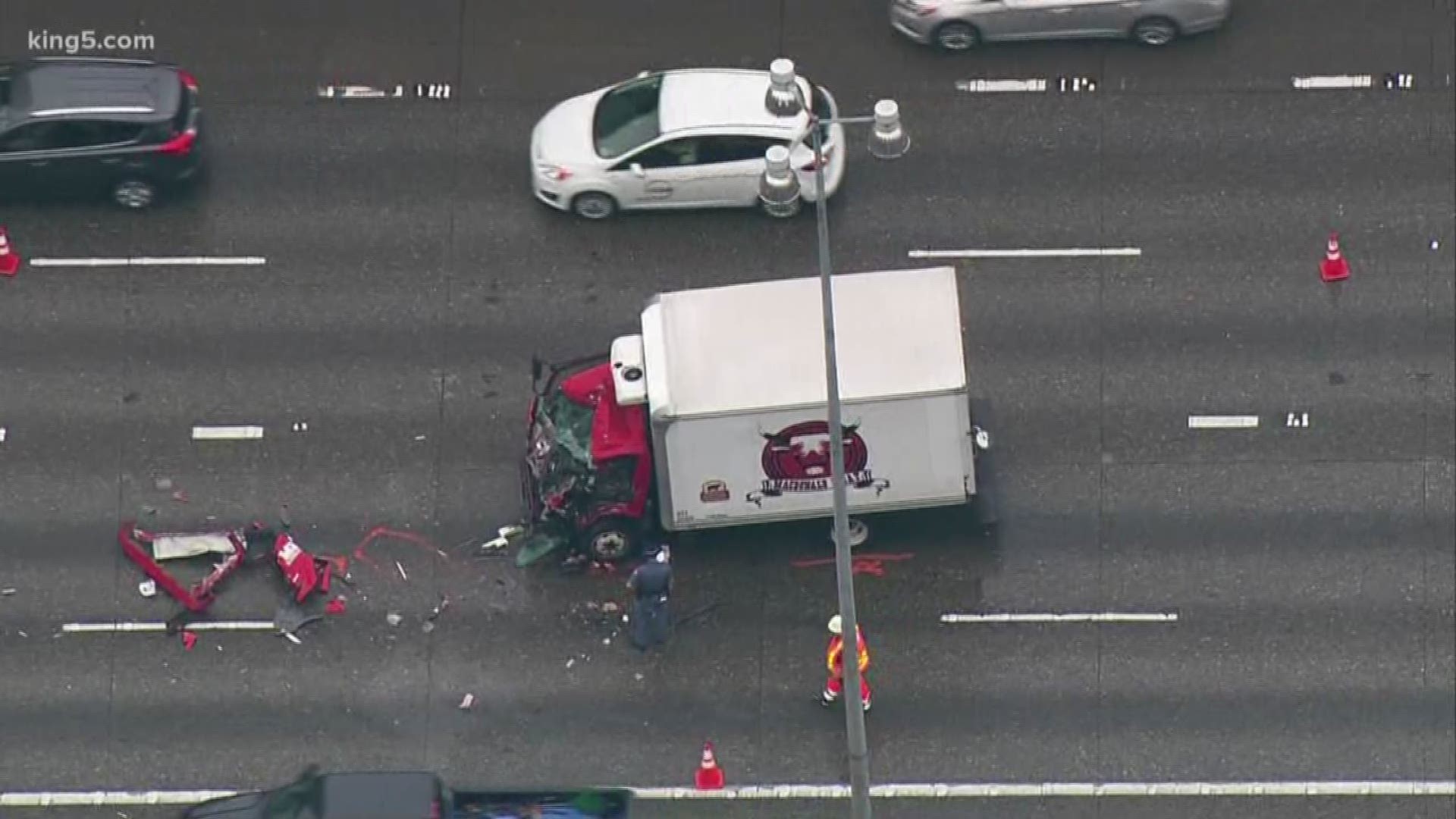 The crash near Pine Street was first reported around 11:15 p.m. All lanes of traffic were reopened around 12:50 p.m.

Trooper Rick Johnson with the Washington State Patrol (WSP) said the crash involved three commercial vehicles. Two vehicles were driven from the scene and a third was towed.

One person had to be extracted from a vehicle, according to the Seattle Fire Department.

The Washington State Department of Transportation said the crash caused a four-mile line backup in the area.

Seattle Fire, WSP, and the Incident Response Team responded to the scene.

Dozens of crashes were reported across the Puget Sound region Wednesday as rain returned to the area. WSP Trooper Johnna Batiste said troopers in Pierce and Thurston counties responded to 25 collisions between 5 a.m. and 11:30 a.m.