State Route 20 was closed for several hours early Wednesday morning due to a semi-truck partially hanging off the edge of the Deception Pass Bridge. 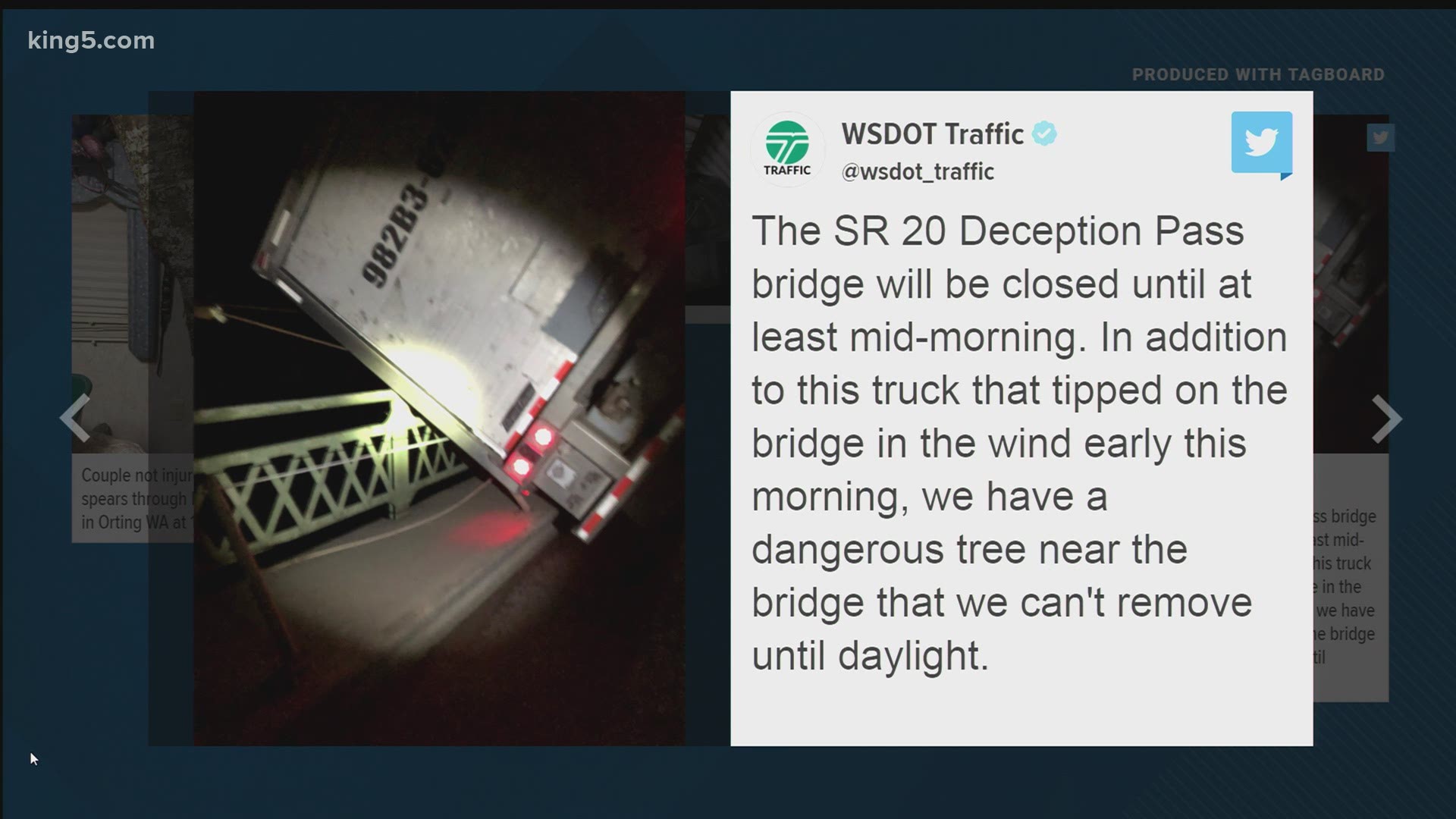 The Deception Pass Bridge on State Route 20 is back open after closing for several hours due to a semi-truck partially hanging off the edge of the bridge.

Axtman said a tow truck couldn’t tip the truck upright for more than four hours due to high winds and “the possibility of it blowing over again.”

Earlier in the morning, the Washington State Department of Transportation said there was also a “dangerous tree near the bridge” that could not be removed until daylight.

A Semi truck on SR 20 Deception Pass Bridge is partially hanging over edge. Driver was able to get out safely and is uninjured. Roadway is blocked until tow truck removes the semi. Appears that high winds were a contributing factor in the incident. RO 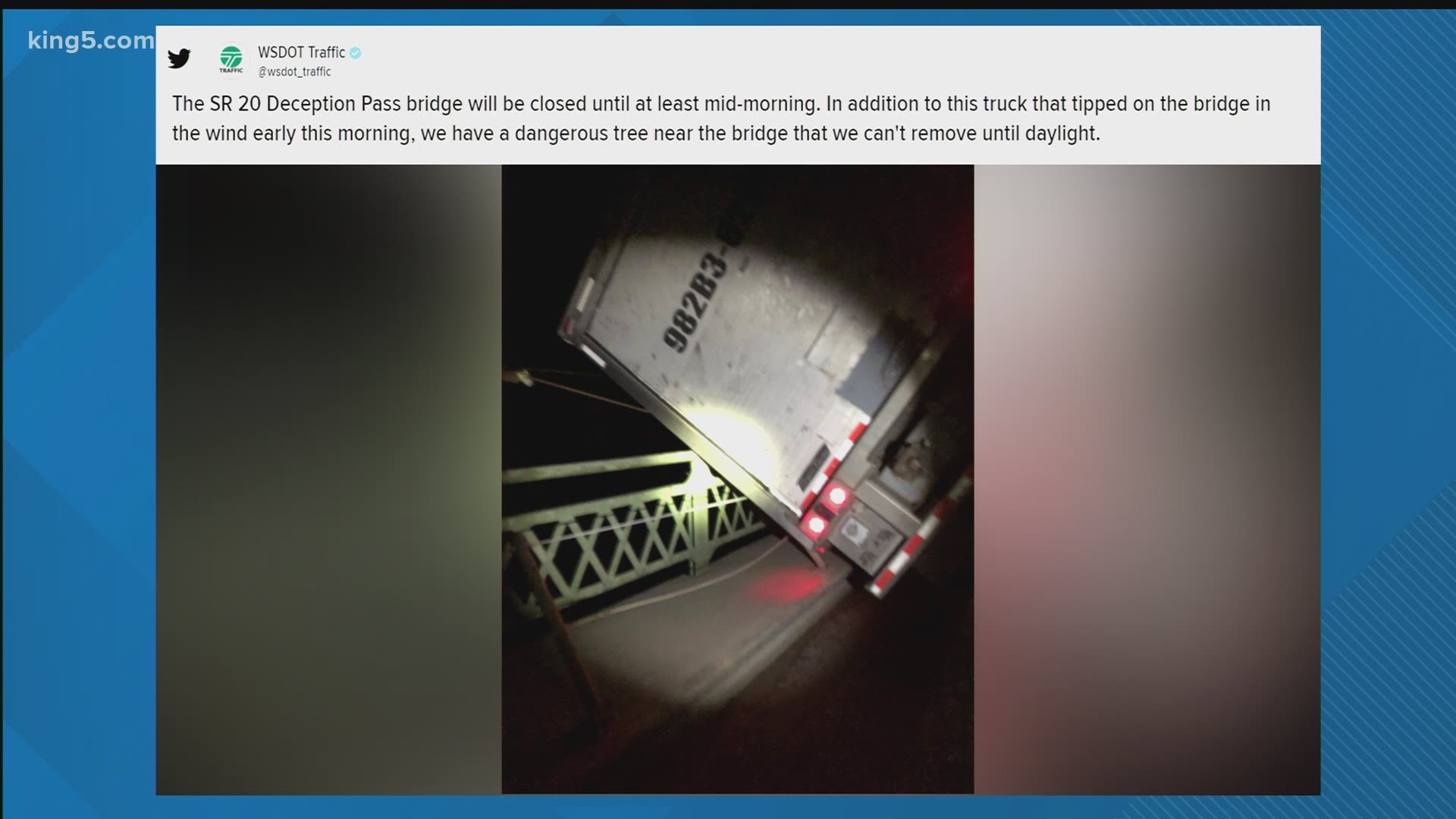