How tolling the Seattle tunnel may impact traffic

The Washington State Department of Transportation expects fewer drivers to use the State Route 99 tunnel in Seattle after tolling takes effect in November. 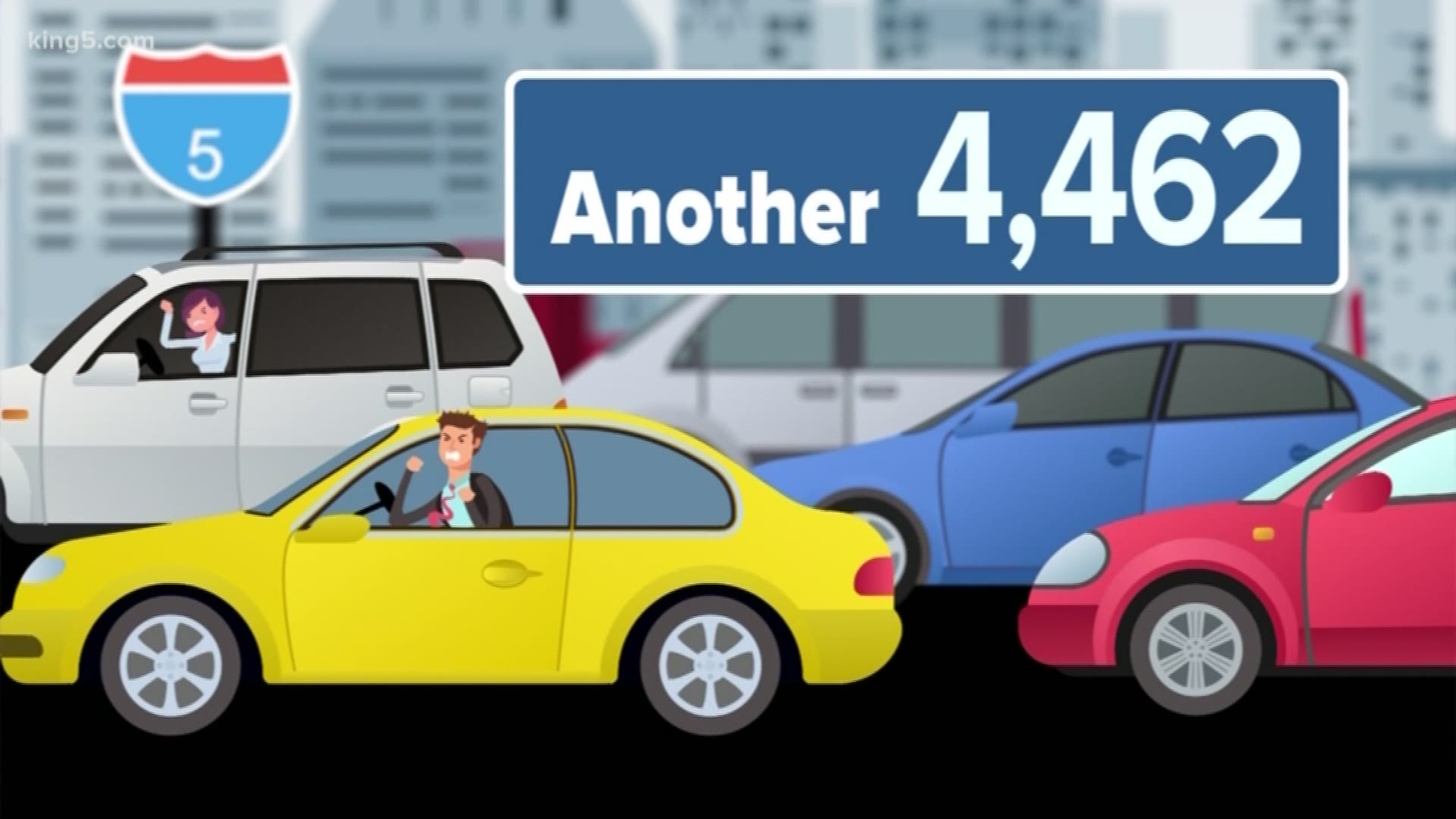 The toll-free honeymoon with the State Route 99 tunnel in Seattle will soon be over. The Washington State Department of Transportation (WSDOT) said tolling will begin November 9, 2019.

Tolls will range anywhere from $1 to $2.25, depending on the day, time, and if you have a Good To Go! Pass. The Washington State Transportation Commission finalized tolling rates in October before the SR 99 tunnel opened.

Around 80,000 people a day currently use the tunnel. But how will tolling the Seattle tunnel change drivers’ habits?

In a KING 5 poll and analysis from September 2018, we asked commuters which route they would use to get downtown.

Based on the poll, 42% of drivers said they would start taking Interstate 5 to get downtown, which could mean approximately 4,460 more cars on northbound I-5 every morning.

Fourteen percent of drivers polled said they would start using mass transit to get around. The remaining 22% said they would take side streets like Alaskan Way and 1st or 4th avenues to get downtown.

WSDOT doesn’t expect as many drivers to switch to I-5 as our poll and analysis predicted. However, officials do believe the toll will deter many drivers from using the tunnel, just liked what happened when tolls began on the State Route 520 floating bridge in Seattle.

A limited number of drivers who use the Seattle tunnel can get a free Good To Go! sticker pass from WSDOT before tolling begins in November.