A 48-page report on congestion pricing in Seattle includes several options for tolling drivers in the downtown core. 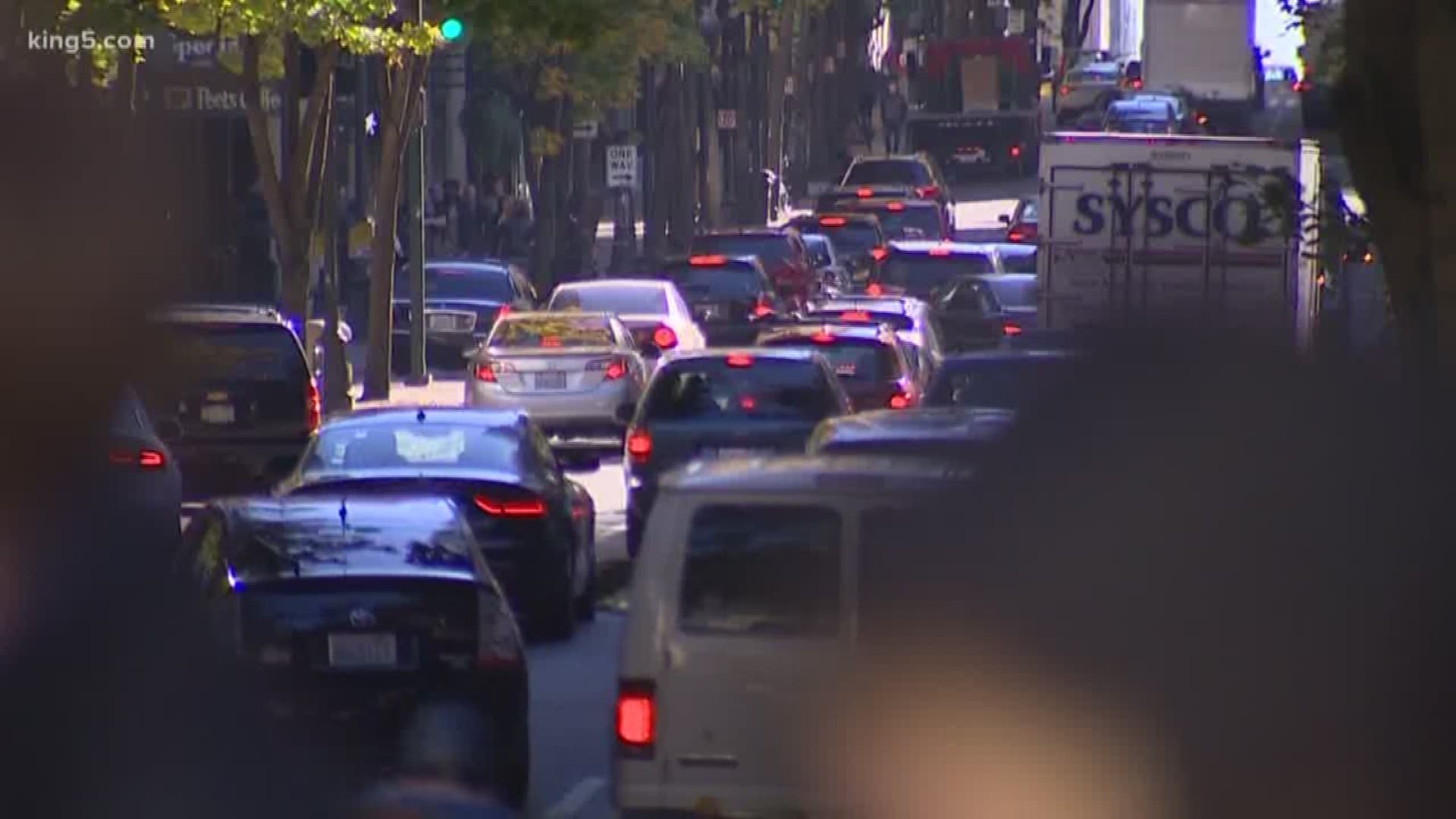 Officials within the City of Seattle say they are committed to racial and social justice as they study congestion pricing.

A 48-page summary report of the work done so far points out the average Seattle household spends 15 percent of its budget on transportation. However, that increases to as much as 30 percent for low-income households due to longer commute times and higher percentage of income spent on transportation costs.

One issue that is fairly widely known by now is the number of people being priced out of the city, who must then drive into the city to work. Additionally, the report points out, people with hourly jobs or more than one job are disproportionately impacted by traffic patterns. Work schedules and other job requirements may also mean people aren't served by public transit.

The Seattle Department of Transportation was tasked with studying congestion pricing. It's unclear exactly what it would look like in the city if it was implemented. Though when she first announced it, Seattle Mayor Jenny Durkan said some form of congestion pricing could be in place by the end of her first term in 2021.

The city looked at 11 "pricing tools" in its initial review of options. Equity, climate and health, traffic congestion, and implementation were all considered while looking at the options.

Of those 11 pricing options, the city narrowed it down to four that have a "greater potential to meaningfully influence those focus areas and their desired outcomes." Those include:

Cordon pricing - Charging drivers for crossing the boundary into a zone. The city argues it will reduce trips into the tolled area.

Area pricing - A type of cordon pricing that includes trips both into and within a defined area. It encourages fewer and shorter trips, requires more infrastructure than cordon pricing, but is likely to offer better transportation benefits and generate more revenue.

Fleet pricing - Would target specific vehicle types, such as rideshare or commercial vehicles. It would be easy to implement and could be used in combination with other types of congestion prices, the city says.

Road usage charge - Directly tied to road use and has "high potential" for reducing congestion. Technology is not yet ready to make a "rapid, full-scale implementation, and enforcement may be challenging."