North Cascades Highway reopens after weeks-long closure due to wildfires

The Washington State Department of Transportation said a pilot car will escort vehicles between milepost 166 and 172 Tuesday while fire crews remained in the area. 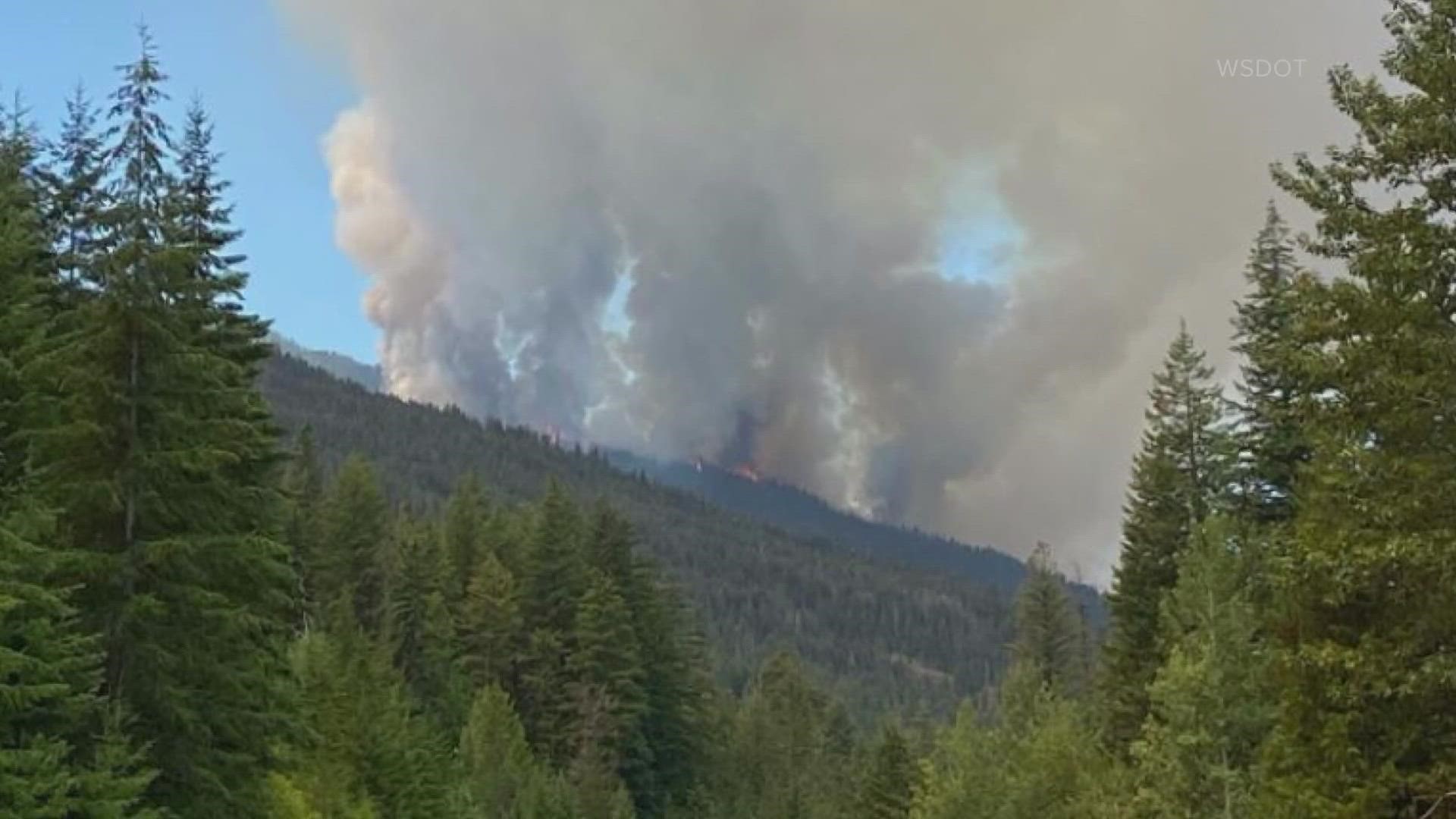 OKANOGAN COUNTY, Wash. — Both directions of State Route 20, also known as the North Cascades Highway, fully reopened to traffic Monday after a section of the roadway was closed for weeks due to wildfire activity in the area. A 20-mile stretch of the highway closed in mid-July and was extended multiple times.

While drivers can now use SR 20 to travel between Skagit and Methow valleys, the Washington State Department of Transportation (WSDOT) said fire response crews are still using parts of the highway for staging and work.

As of Tuesday morning, there was a 35-mph reduced speed limit and a pilot car was escorting vehicles between milepost 166 and 172. WSDOT said the pilot car would continue to run during the day Tuesday while fire crews are in the area working.

“We expect that this will cause delays, so if you must use the SR 20 through this section, plan for longer than normal travel times and some slow-going,” WSDOT said in a blog post.

Drivers are asked not to pass the pilot car or pull over between milepost 166 and 172 for safety reasons. WSDOT said the pilot car would not “be in place once darkness falls.” Drivers could avoid delays if trips along SR 20 could be postponed until after nightfall, WSDOT said.

Wildfires are still burning across Washington state that may affect travel. WSDOT said conditions can change quickly, and drivers should prepare for possible road closures and check the department’s travel alert map for the most current information.