In total, WSP said there were 35 crashes on I-90 from Medical Lake to Geiger. In total, 127 vehicles were involved. 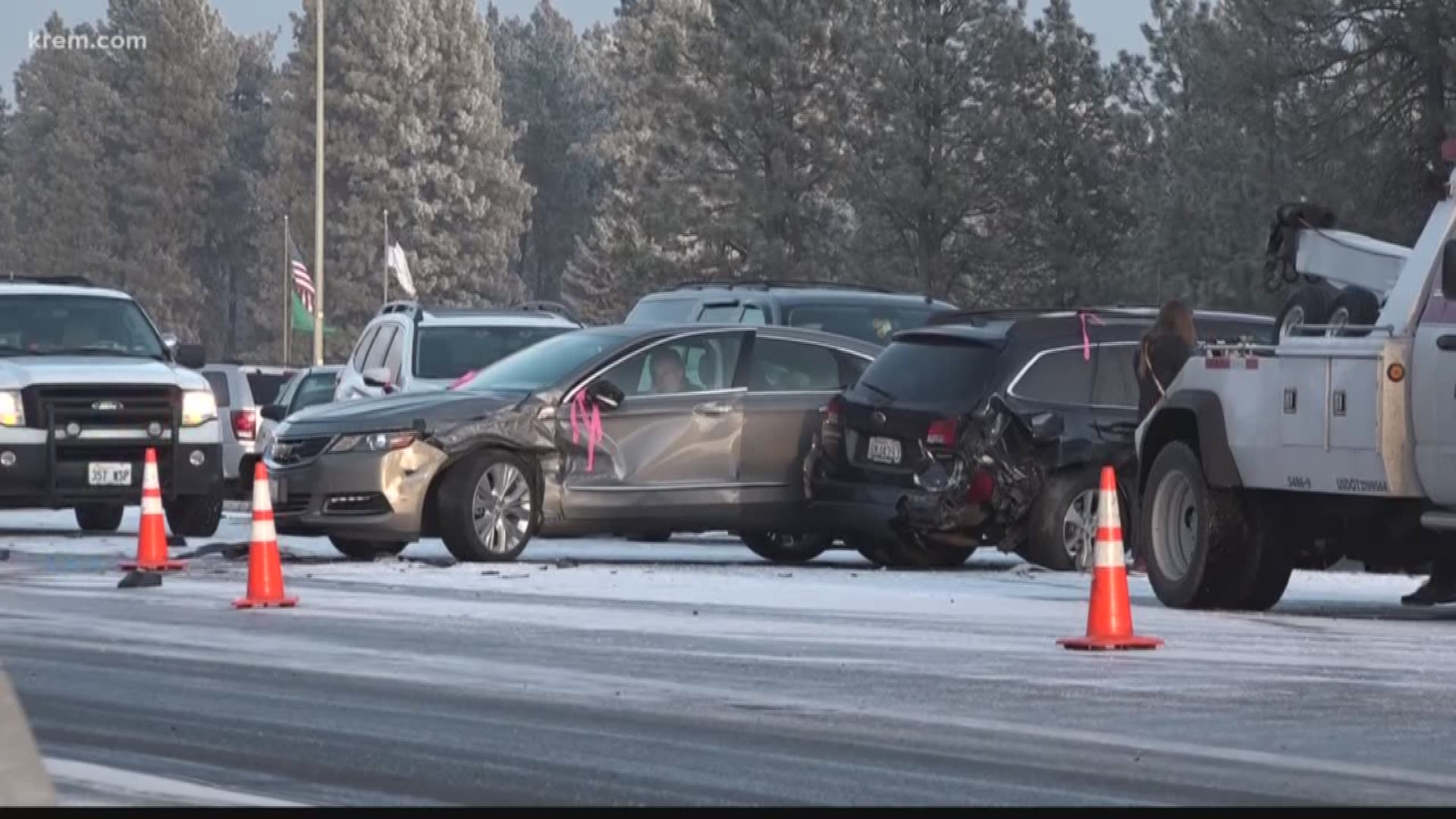 SPOKANE, Wash. — A longtime Washington State Patrol trooper said Tuesday evening's pile up on I-90 was the worst he's ever seen in Spokane.

Trooper Jeff Sevigney made those comments after more than 100 cars crashed on I-90 between Medical Lake and Geiger Road. He started working in the area in 2002.

In total, Sevigney said there were 35 crashes on I-90 from Medical Lake to Geiger, which is about a 10 mile stretch. He said 38 vehicles were involved in one crash near Geiger.

In total, 127 vehicles were involved in 47 crashes that day.

It all happened around 2 p.m. Fire officials said the crashes were a result of a domino effect.

The Washington State Department of Transportation said I-90 had not been pre-treated before the crash because the weather "wasn't predicted in this area at that time."

At 6:38 p.m., WSP reported that the road was cleared and all lanes were reopened.

Sevigney said at one point during the incident WSP used all available tow trucks.

Authorities said seven people were taken to the hospital. None of them had serious injuries.

Crews brought in snow plows to help clear the crash area. The backup from the crashes stretched for several miles.

Around 4:20 p.m., cars that were driveable were able to leave the scene of the crash. Other cars that suffered more damage were waiting on a tow.

KREM 2's Brandon Jones reported that crews were working to get the people involved on a bus to get them to Shriner's Event Center to get warm.

Sevigney said Spokane Transit bused 30 motorists to the event center to get warm.

Mike Harper, a volunteer inside the event center, heard the crash from inside the building.

"I had to hear at least 30 cars that were...not only one got hit the next one hit the one in front of them," Harper said.

Snow flurries were expected throughout Spokane and Coeur d’Alene on Tuesday.

Light snow and high winds will impact travel plans in the days leading up to Thanksgiving.

RELATED: Deep Dive: Where does your gas tax money go?

RELATED: Warning signs an older driver is no longer safe on the road