How to safely drive through roundabouts

Do you know how to use a roundabout? The Washington State Department of Transportation is sharing roundabout driving tips for National Roundabout Week. 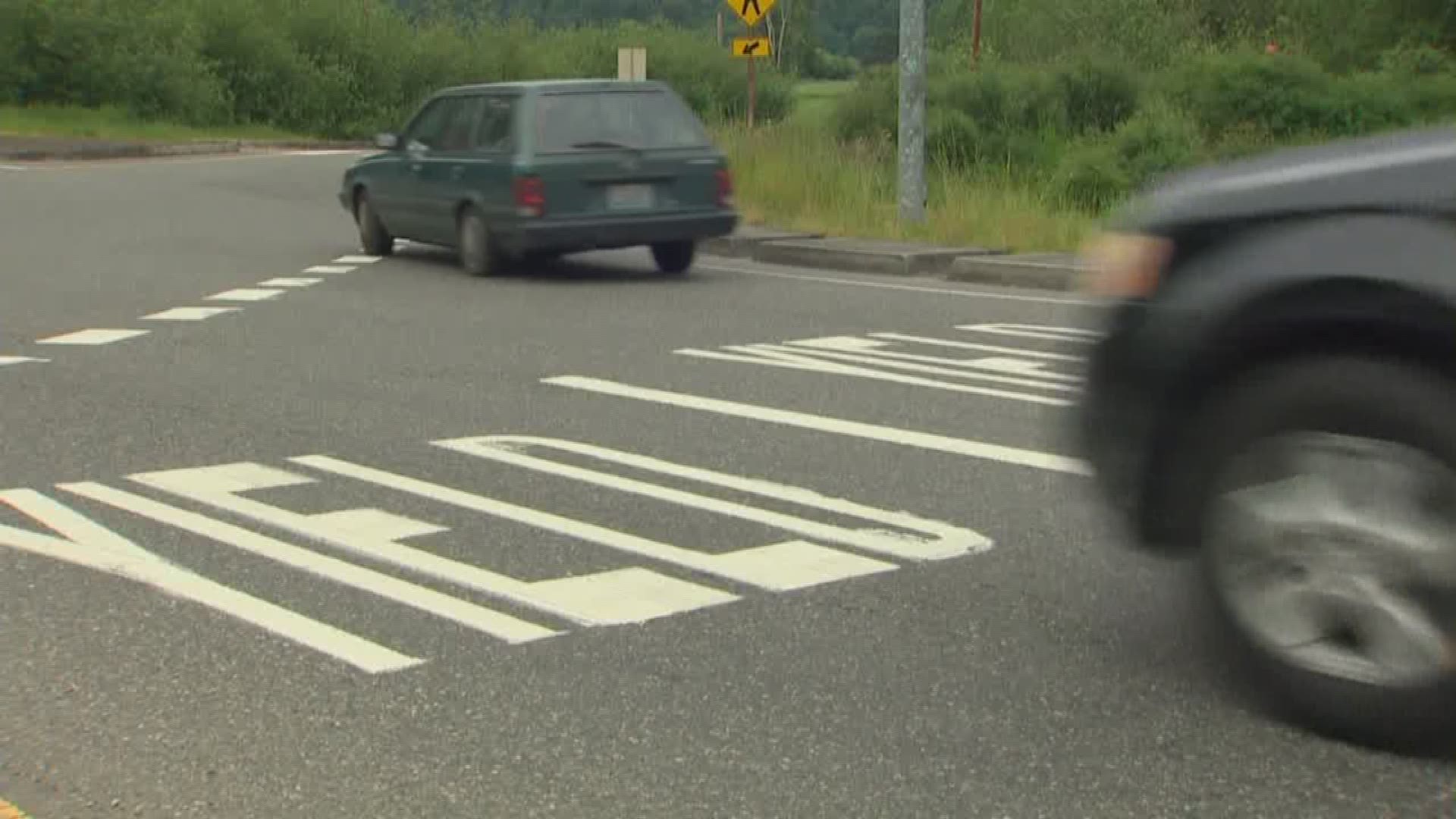 Whether you love ’em all around or you roundly reject them, roundabouts are increasingly popular for moving more cars through an intersection more quickly, more efficiently — and much more safely.

The Washington State Department of Transportation is sharing driving tips and facts about roundabouts on Twitter for National Roundabout Week, which is September 17-21.

The imported European traffic-control measure has the stats on its side when it comes to curbing crashes. Traditional signalized intersections converted to roundabouts have seen injury accidents reduced by as much as 80 percent, and collisions overall by half.

#Roundabout driving tips: As you approach a roundabout, you will see a yellow roundabout ahead sign with an advisory speed limit for the roundabout. They could look a little different so here are a few examples. 📸 courtesy @IIHS_autosafety & @candgnews #RoundaboutsWeek pic.twitter.com/E3PKlGaku6

The way a roundabout typically works is vehicles enter and travel counterclockwise, forced to slow down to anywhere between 15 and 35 mph to negotiate the tight turn radius around a raised center island.

Cars entering the roundabout must yield to those already circulating — as well as bicyclists and pedestrians — and slow, consistent speeds are maintained throughout. Drivers then proceed to their exit, following signs and pavement markings.

WATCH: How to get through roundabouts

Multi-lane roundabouts can be more confusing — i.e. more intimidating — than single-lane ones. But generally speaking:

- If you need to go right, choose the outside lane.

- To go left or make a U-turn, choose the inside lane.

- Continuing straight? You can use either.

At a traditional four-way intersection, dangers abound from red-light runners and left-turn conflicts causing the most deadly sorts of encounters between cars: namely T-bone crashes and head-on collisions.

But vehicles inside a roundabout move at drastically reduced speeds — and all in the same direction. That means the potential for the worst crashes is virtually eliminated — leaving only the far-less-injurious sideswipes and low-speed rear-end accidents.

Americans have been slow to accept roundabouts, which like the controversial zipper merge seems to many like just another fanciful idea by a traffic engineer that only works on paper. But surveys have revealed a 70 percent favorable rating among motorists on average just a year after construction.

Keeping in mind that roughly a quarter of all U.S. traffic fatalities occur at intersections — are these success stats for roundabouts enough to make you come around?