Driver of stolen SUV killed in Auburn during a car chase

Both directions of SR 18 were closed for hours near C Street SW in Auburn after the driver of a stolen SUV was shot and killed. 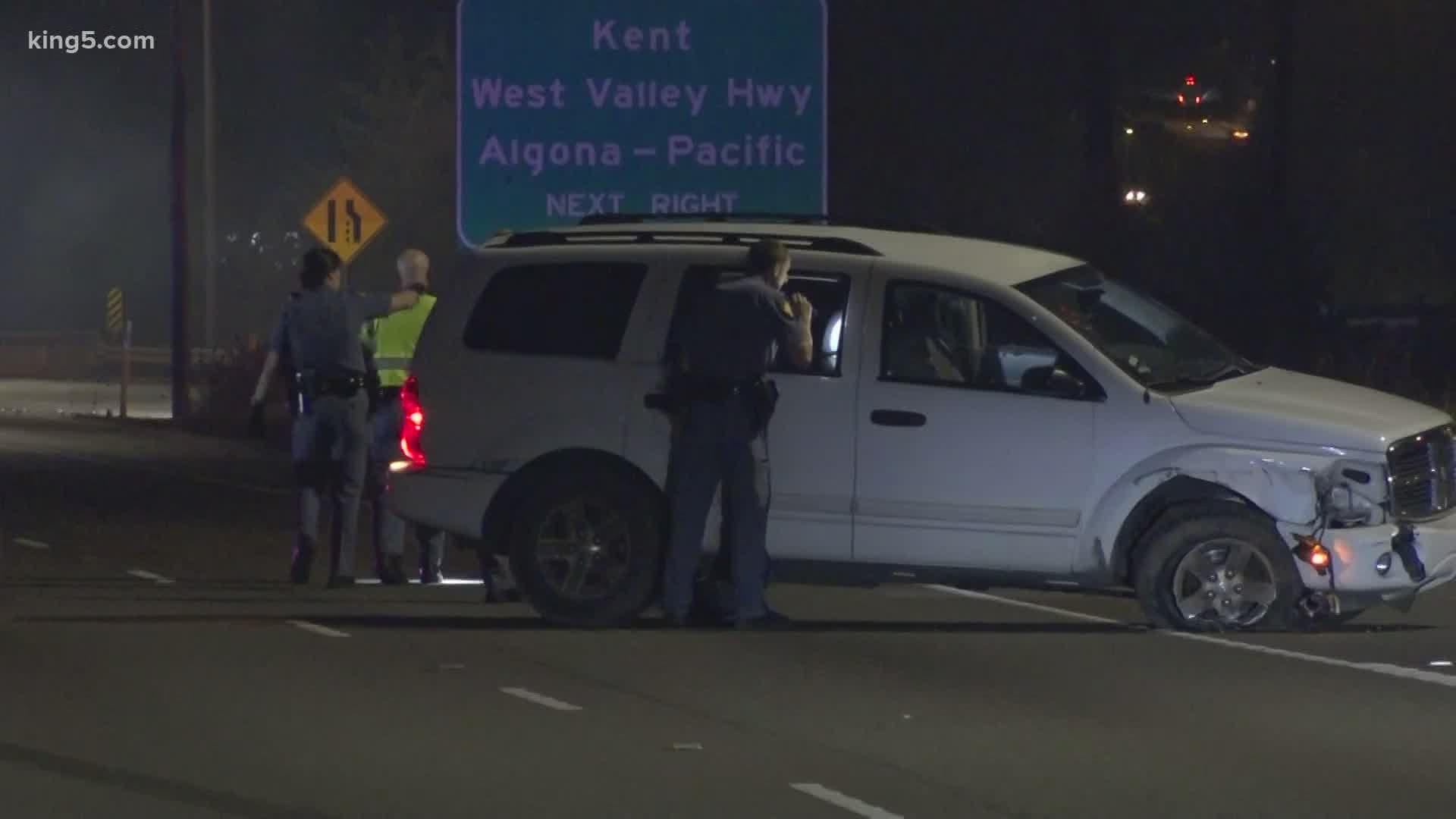 AUBURN, Wash. — The driver of a stolen SUV died after being shot during a car chase onto State Route 18 in Auburn early Tuesday, the Washington State Patrol reported.

The driver was identified as a 37-year-old man, but it was unknown who was chasing him.

The driver of the SUV drove through a grassy area and crashed into the barrier between west and east bound SR 18. He got out of the vehicle, hopped the barrier and died in the inside lane in the eastbound  direction.

Shell casings found at the top of the ramp, also bullet holes in the SUV. It was not known yet if he was hit by bullets inside his vehicle or when he was on foot, the Washington State Patrol reported.

He died in the eastbound lanes of SR 18 from his injuries.

Johnson said the white SUV was stolen from a 7-Eleven in Auburn about 15 minutes before the shooting.

The Washington State Patrol said no witnesses to the car theft or the chase have come forward, though they are examining video tape and traffic cameras for more information. 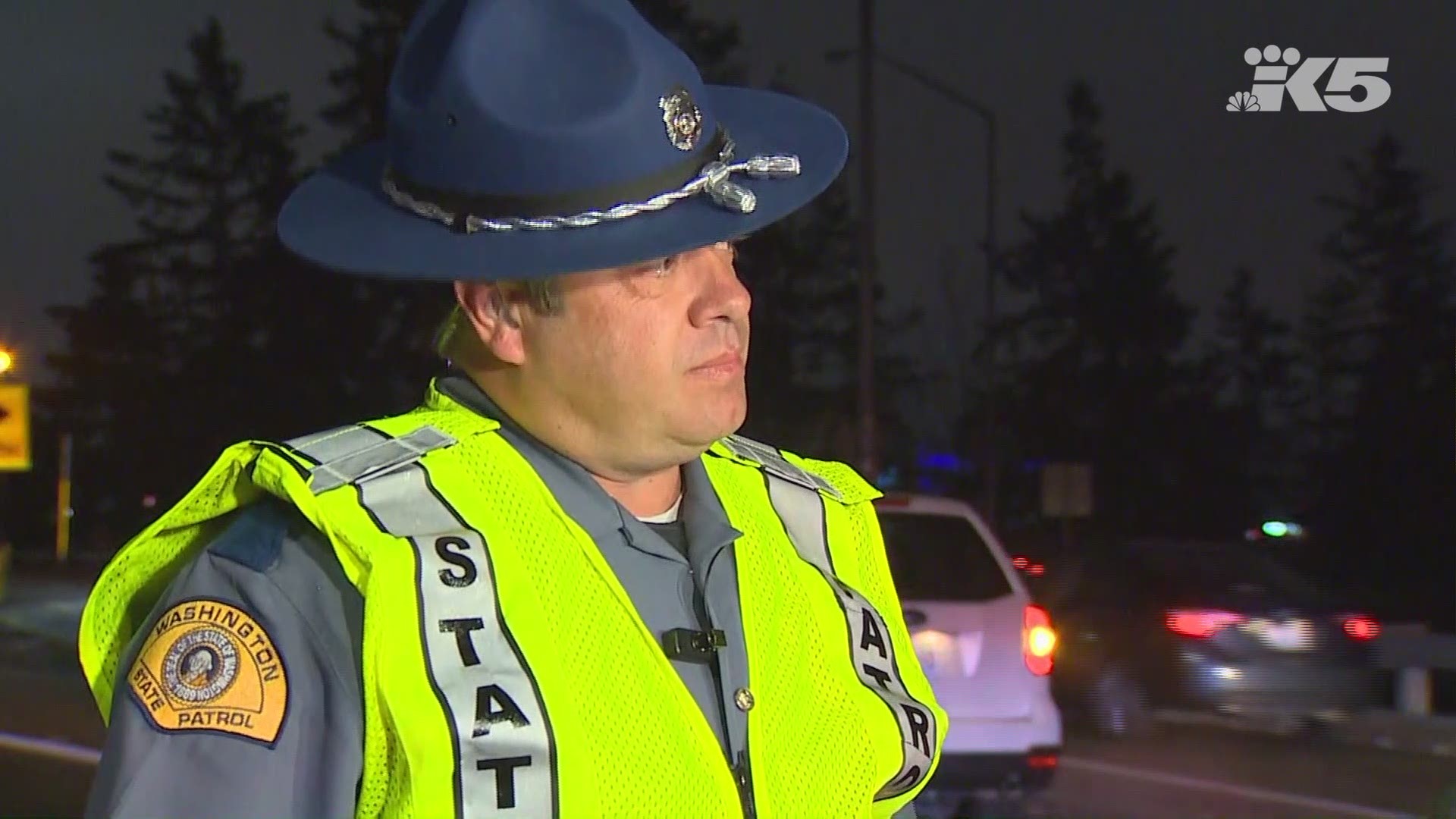