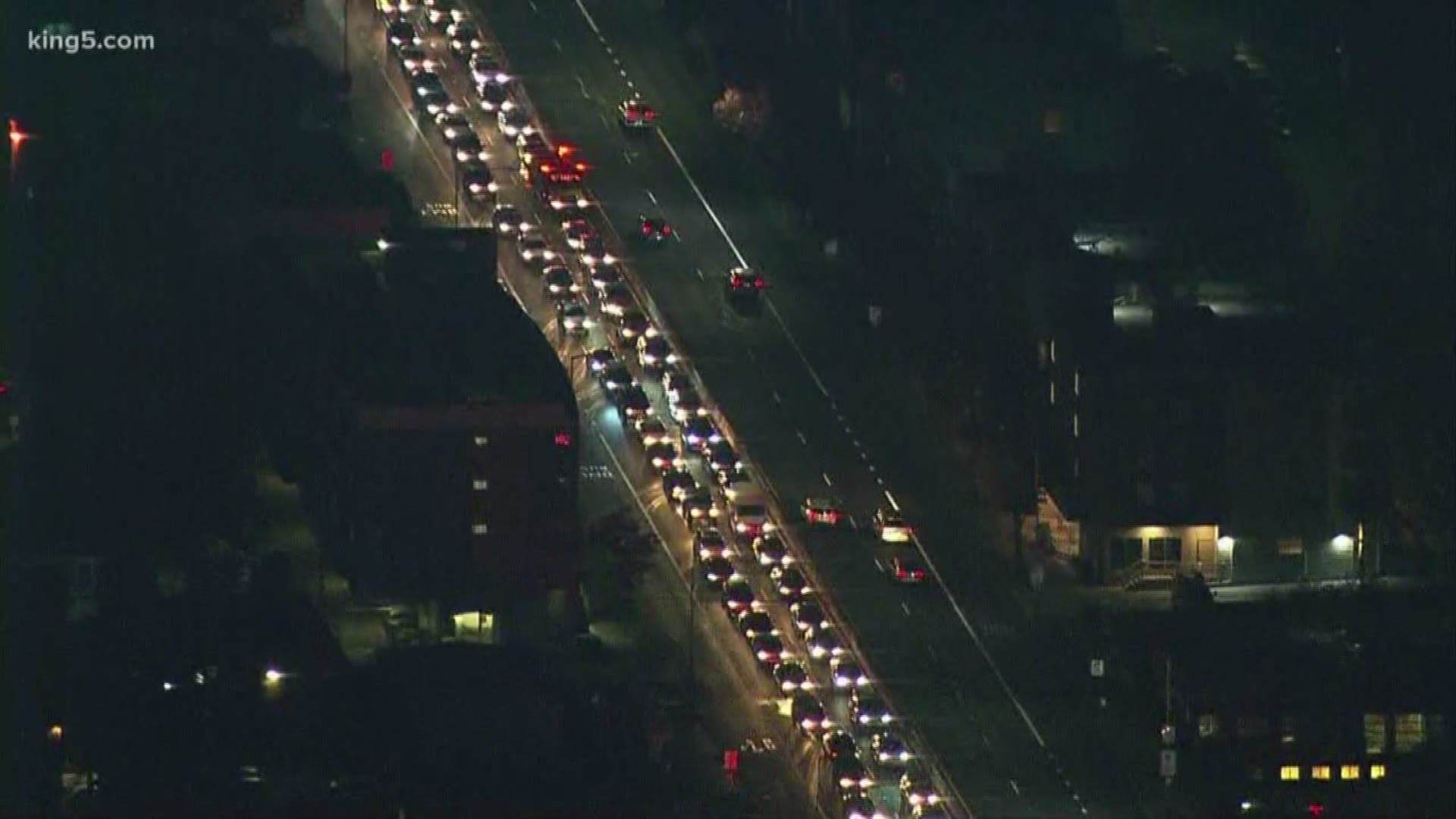 Southbound traffic was reduced to one lane so crews could setup traffic control for emergency repair work on the bridge. An additional lane was expected to reopen by 6 a.m. That lane didn't open until just before 7 a.m., according to the Washington State Department of Transportation.

The result was a slower commute for drivers and transit riders.

Even after an additional southbound lane reopened, drivers were "hesitant to cross the double yellow center line" that is part of the temporary lane configuration, WSDOT tweeted.

One lane is closed in each direction on the Aurora Bridge until Nov. 10.

Emergency repairs on the bridge are underway after inspectors found deterioration of steel.

Inspectors identified a number of issues they were concerned about during a 32-hour routine inspection of the 1930's era bridge in September. During the follow-up inspection this past weekend, crews found corrosion and several cracks on a steel stringer. Stringers run the length of the bridge and support the weight of traffic.

Drivers should plan for delays, especially during the morning and afternoon commutes if traveling toward downtown Seattle through Fremont and Wallingford.