A crash on northbound I-5 caused a seven-mile backup in Federal Way during the Tuesday morning commute. 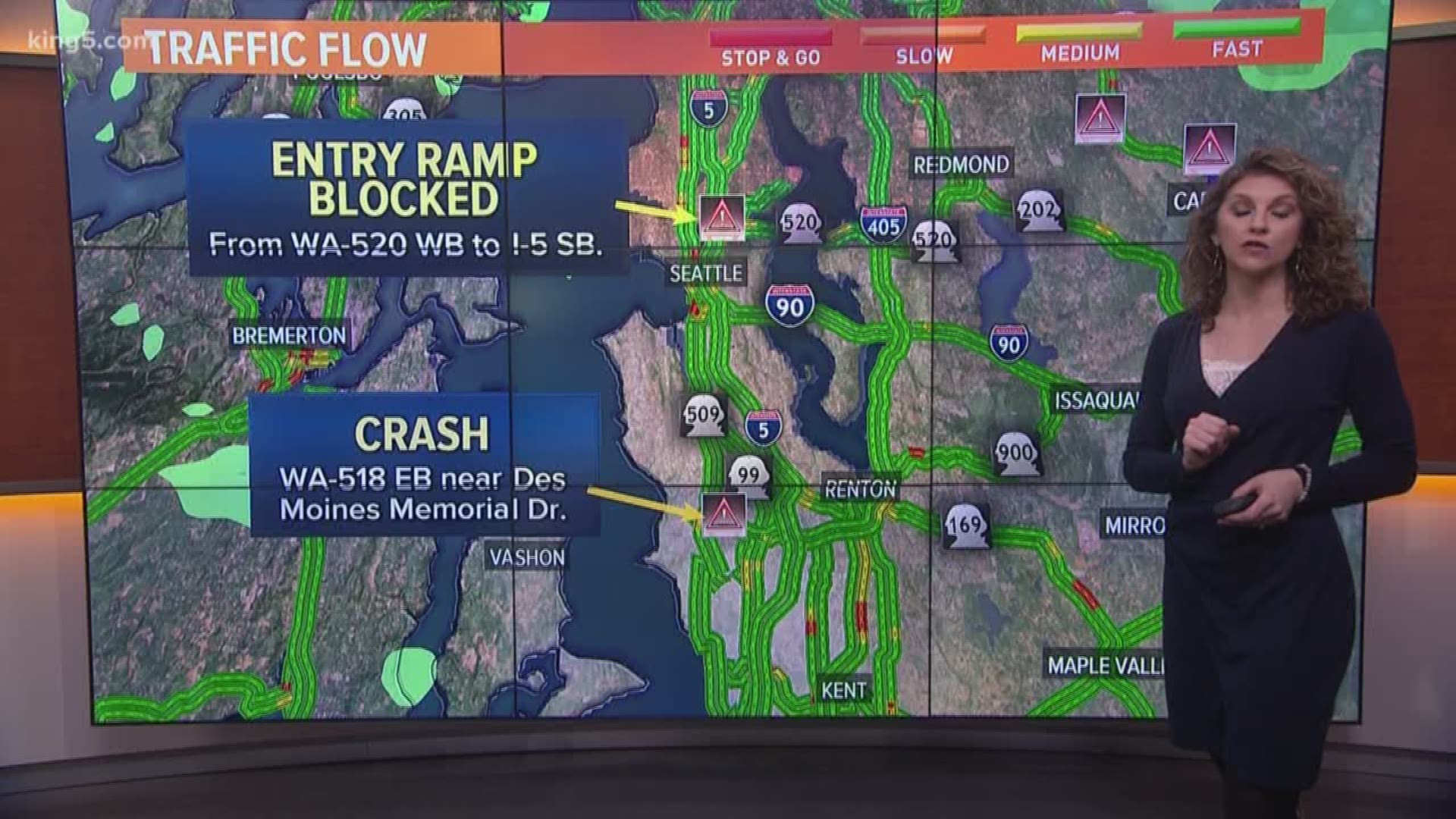 FEDERAL WAY, Wash. — A multi-vehicle crash on northbound I-5 in Federal Way caused delays during the Tuesday morning commute.

The crash was originally blocking three left lanes when it was first reported around 5:10 a.m. Trooper Johnson said the crash was cleared by 6:20 a.m.

The cause of the crash is currently unknown.