Man killed in head-on crash on SR 900 near Issaquah

All lanes of SR 900 were blocked due to a fatal crash between a car and a box truck near SE 95th Street between Renton and Issaquah Monday morning. 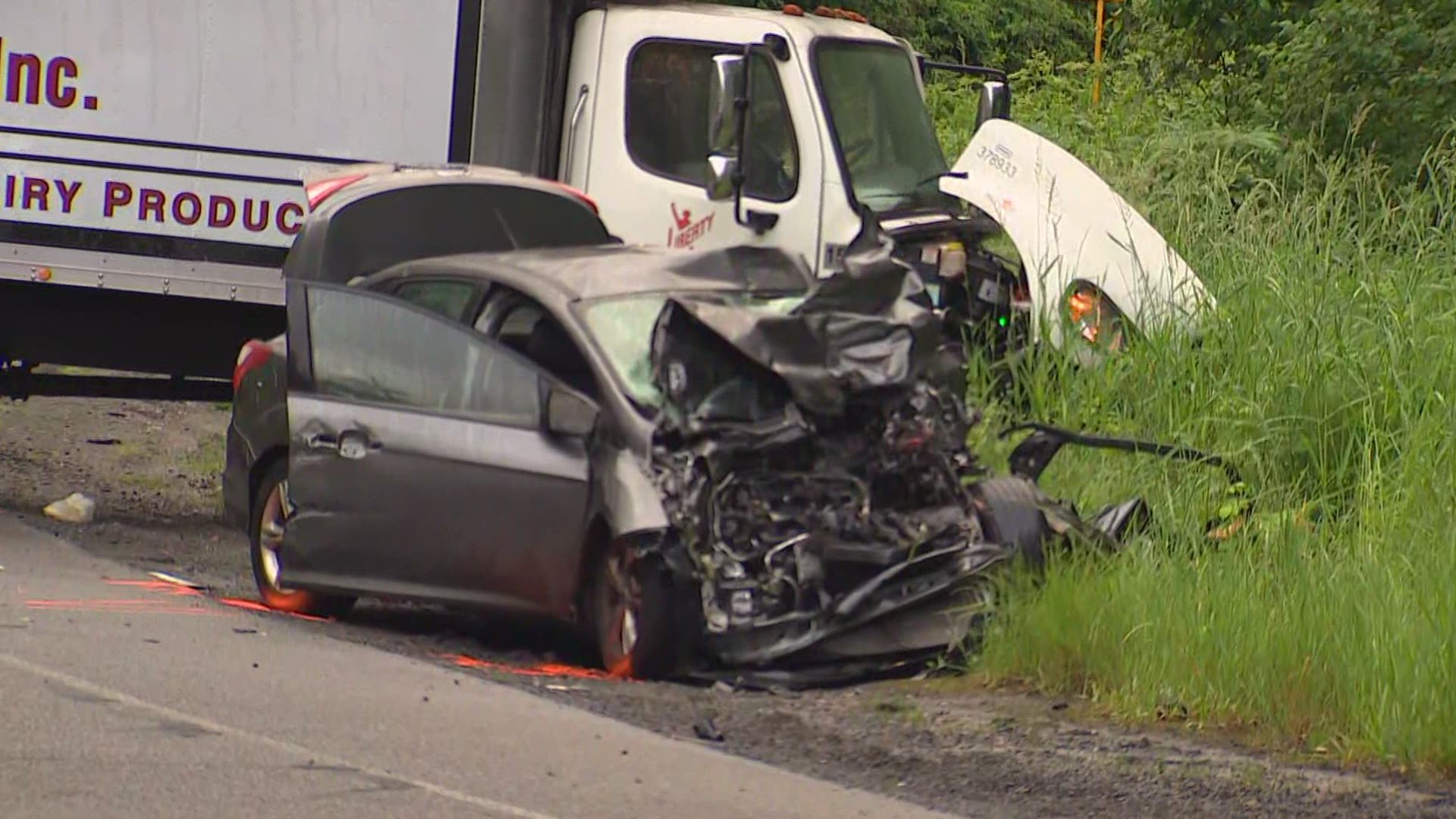 A 37-year-old Bellevue man was killed in a head-on crash on State Route 900 early Monday morning.

According to Washington State Patrol Trooper Rick Johnson, a grey Ford Focus was traveling westbound, crossed the centerline and struck a box truck in the eastbound lanes head-on.

Johnson said two people were inside the Focus at the time of the crash. The 37-year-old man driving died at the scene, and the passenger, a 33-year-old woman, was taken to the hospital and “will be OK,” Johnson said.

The driver of the box truck suffered minor injuries.

All lanes of SR 900 were closed for several hours during the investigation. The roadway reopened to traffic around 9:45 a.m.

I am on scene. Box truck traveling EB SR 900 when a gray passenger vehicle the was traveling westbound crosses the centerline and struck the truck head-on. Male driver of car unfortunately is deceased at the scene. Female passenger at hospital and will be ok. pic.twitter.com/a0kOabbsAI