'It's very scary': I-90 commuters worried about increasing amount of debris thrown off overpasses

A scooter, shopping carts and propane tanks have all been tossed off overpasses along King County freeways creating dangerous conditions for drivers. 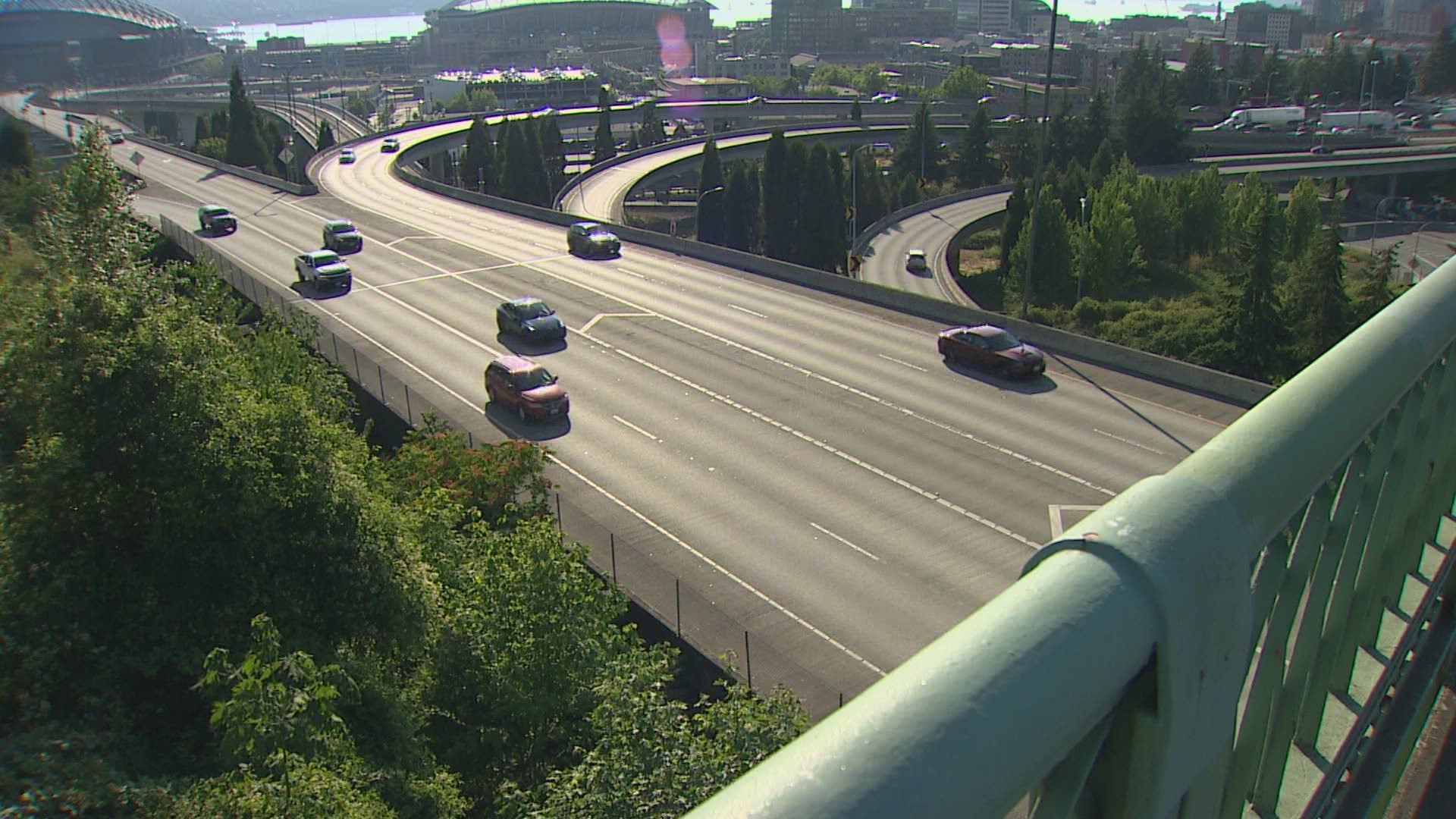 Authorities have made multiple arrests, but drivers continue to report people throwing rocks or debris into fast-moving traffic.

"I hold my breath going underneath the overpasses right now. It's very scary," said Kristi O'Brien who commutes to Seattle via I-90.

O'Brien has previously heard about people throwing debris off overpasses onto I-90, but on Wednesday morning she witnessed it herself while driving under the Dr. Jose Rizal Bridge.

"At first I wasn't sure what that was until it struck the car two cars ahead of me," O'Brien said. "It was a full-sized propane tank. The size you would use in a barbecue grill."

After hitting the car ahead of her, she said the tank bounced along the freeway and created a dangerous swerve-around for drivers. O'Brien said she slowed down to make sure the driver hit wasn't injured.

"To the credit of the driver, whoever she was, she didn't overreact and cause an accident, even though that easily could have happened. She calmly managed to pull over to the side, but her entire windshield was smashed," O'Brien said.

Smashed windshields and accidents caused by falling debris have become more common. On Monday, Washington State Patrol said it's received 161 reports of debris being thrown onto King County freeways in the last year. Of those reports, 44 were about debris thrown from overpasses and 117 reports were of debris being thrown from the side of the road.

But O'Brien doesn't need numbers to know this is common. Two weeks ago her colleague, in the car with his family, almost had a cinder block fall on their car.

Wednesday, Seattle Police arrested a 39-year-old man following reports he threw numerous items into the road near the Rainier Avenue South on-ramp to eastbound I-90. Authorities are investigating if this incident connected to the propane tank incident.