WSU holds on to 97 barrels of Mount St. Helens ash 40 years after eruption

In a barn outside of Colfax, Washington State University has 97 barrels containing seven tons of ash from the historic eruption. 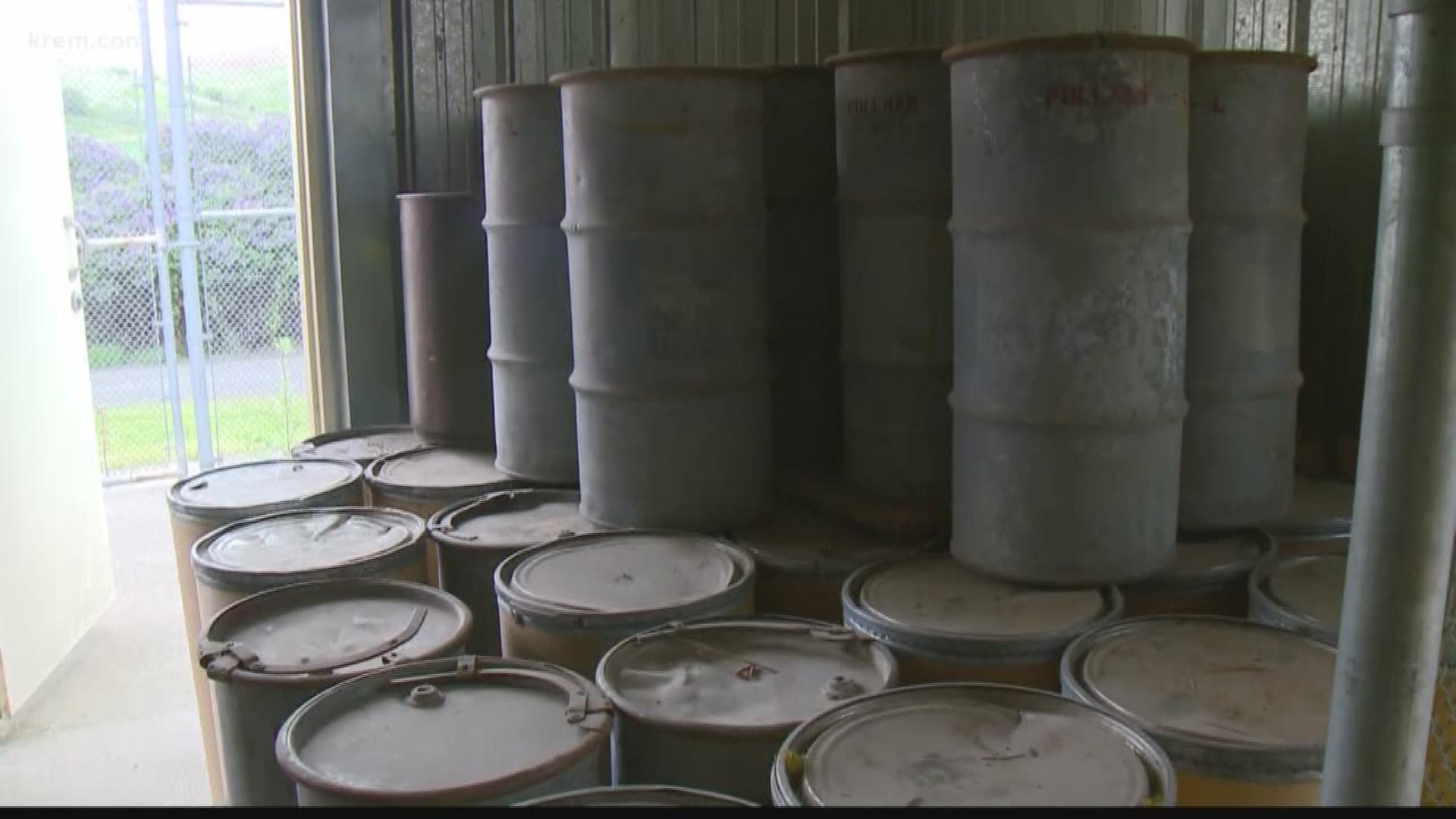 After the eruption came the monumental task of removing the ash from roads, airports, homes and other areas of eastern Washington as people started moving back to life as normal.

While most people got rid of the ash or only kept small amounts, Washington State University has 97 barrels weighing seven tons of the material in a storage site outside of Colfax, according to WSU Professor Emeritus Dick Mack, who was teaching at the university at the time of the eruption.

RELATED: Mount St. Helens eruption: A timeline in the Northwest

"The bulk of the ash that we collected was here in Pullman ... it was on the roof of one of the biology buildings because it was a flat surface and it was easy to sweep it up," Mack said.

The ash was collected in the few days immediately after the eruption, as the ash would soon because altered by rain that would dilute some of the minerals, Mack said.

Mack and his department used the ash collected for the next several years to study the impact of the eruption on the region's plant life.

"I'd say the biggest takeaway was that the response by plants to the ash varied greatly," Mack said. "It basically had to do with the stature, how big they were."

"The damage was temporary," he said.

When asked if this was what the team expected, Mack said they didn't have any idea of what was going to happen.

"We didn't know what was going to happen quite frankly," Mack said.

Lewis Payne is the man charged with taking care of the barrels of ash at the Hudson Biological Reserve outside of Colfax, 12 miles from the Pullman campus.

Payne described the ash as feeling weightless, and said it doesn't really feel like it has a set shape.

"When you have a handful of it, you don't really feel any weight or shape, or anything," Payne said.

While some of the ash has been opened and used in experiments, Payne said he thinks most of the barrels have remained sealed since they were first shut 40 years ago as they await a use by the university.

"We suspect that nobody else has anything like this stored around," Payne said.

For now, Mack said his department will continue to preserve the ash due to its value and uniqueness.

"There's always a need for preserving material like this for questions that I and others of my generation never would have envisioned," Mack said. "If we lose the ash, then of course those questions can't be addressed."

RELATED: KREM staff, viewers remember where they were when Mount St. Helens erupted

1 / 8
Fairchild Air Force Base
Mount St. Helens in Washington spewed smoke, soot and ash into the sky in 1980. The eruption is the first for the volcano since 1857.