Weighing just about as much a paperclip, it’s attached with a small drop of superglue, and sends an image right to a smartphone. 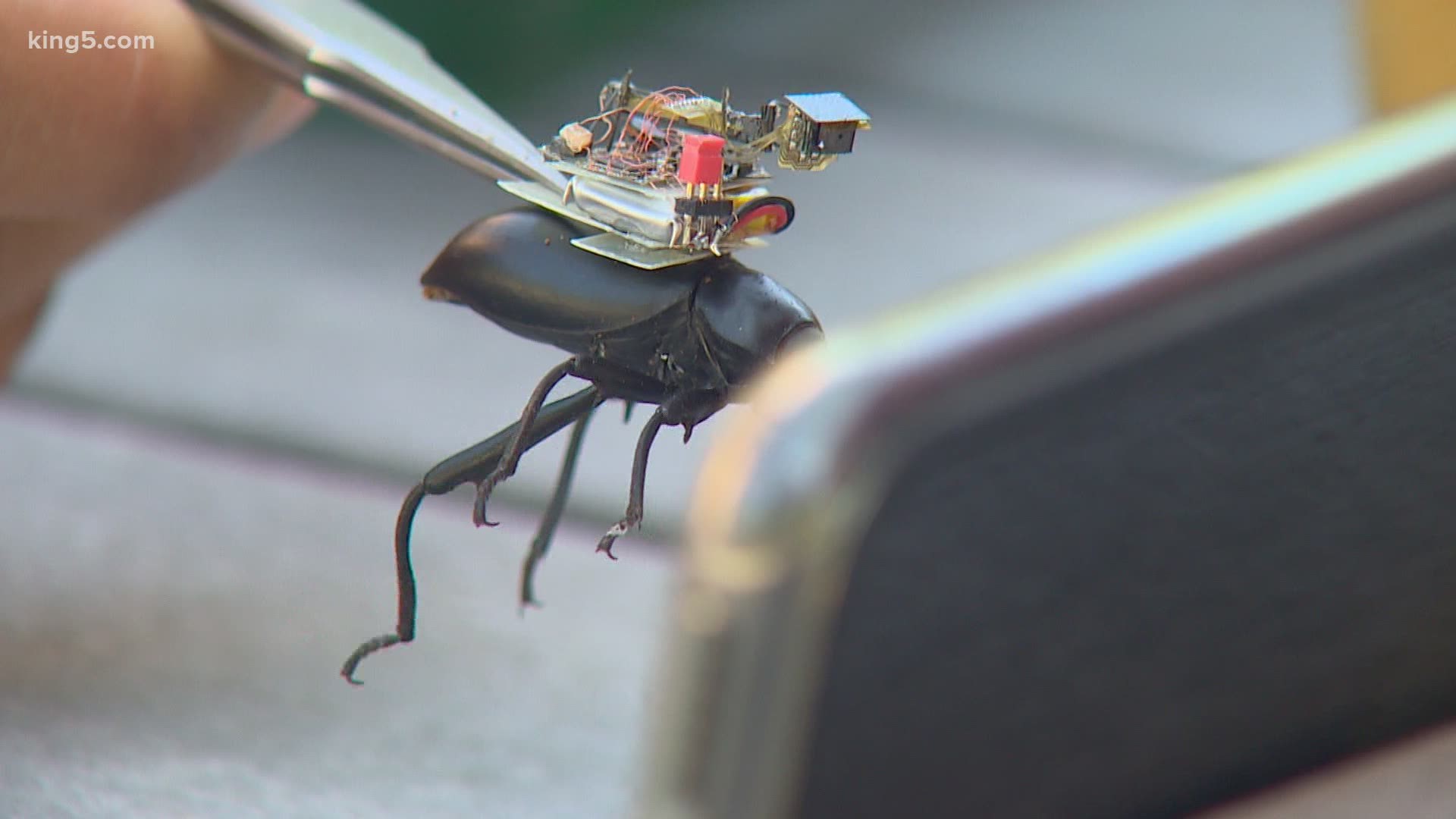 SEATTLE — Researchers at the University of Washington have developed a groundbreaking new technology that gives them a new perspective on the world.

After more than a year of work, electrical and computer engineering PhD student Vikram Iyer has created a tiny live-streaming camera that can be mounted on the back of a beetle.

Weighing just about as much as a paperclip, it’s attached with a small drop of superglue, and sends an image right to a smartphone.

“It’s hard to tell right now how big this is going to get, but hopefully it will be really useful for all kinds of things,” said Iyer.

Those applications are what excited him, whether it’s a chance to see the world from the perspective of an insect or bird to study something like feeding habits, or to help enable navigation for tiny robots that could be used for exploration or search and rescue operations.

“If you need to build a robot that can fit into small spaces, you need a way to navigate around that environment,” said Iyer. “And vision is one of the major ways people solve these problems.”

At the core, he said it’s essentially a tiny computing platform ready to be modified for different uses.

One offshoot that will be in use any day now -- radio trackers the Washington Department of Agriculture will use to try and follow invasive Asian giant hornets back to their nests for eradication.

The department captured an Asian giant hornet alive last week for the first time, but failed to glue the tracker on. The department hopes to try again soon.

“We’ve taken that little platform, and we’re adapting that to track these hornets,” Iyer said.

After that -- who knows what’s next.