Everything to know about Mars 2020 Perseverance mission, just launched from Florida

The Perseverance rover is the newest of 22 NASA missions to the red planet since the Mariner spacecraft in the 1960s. 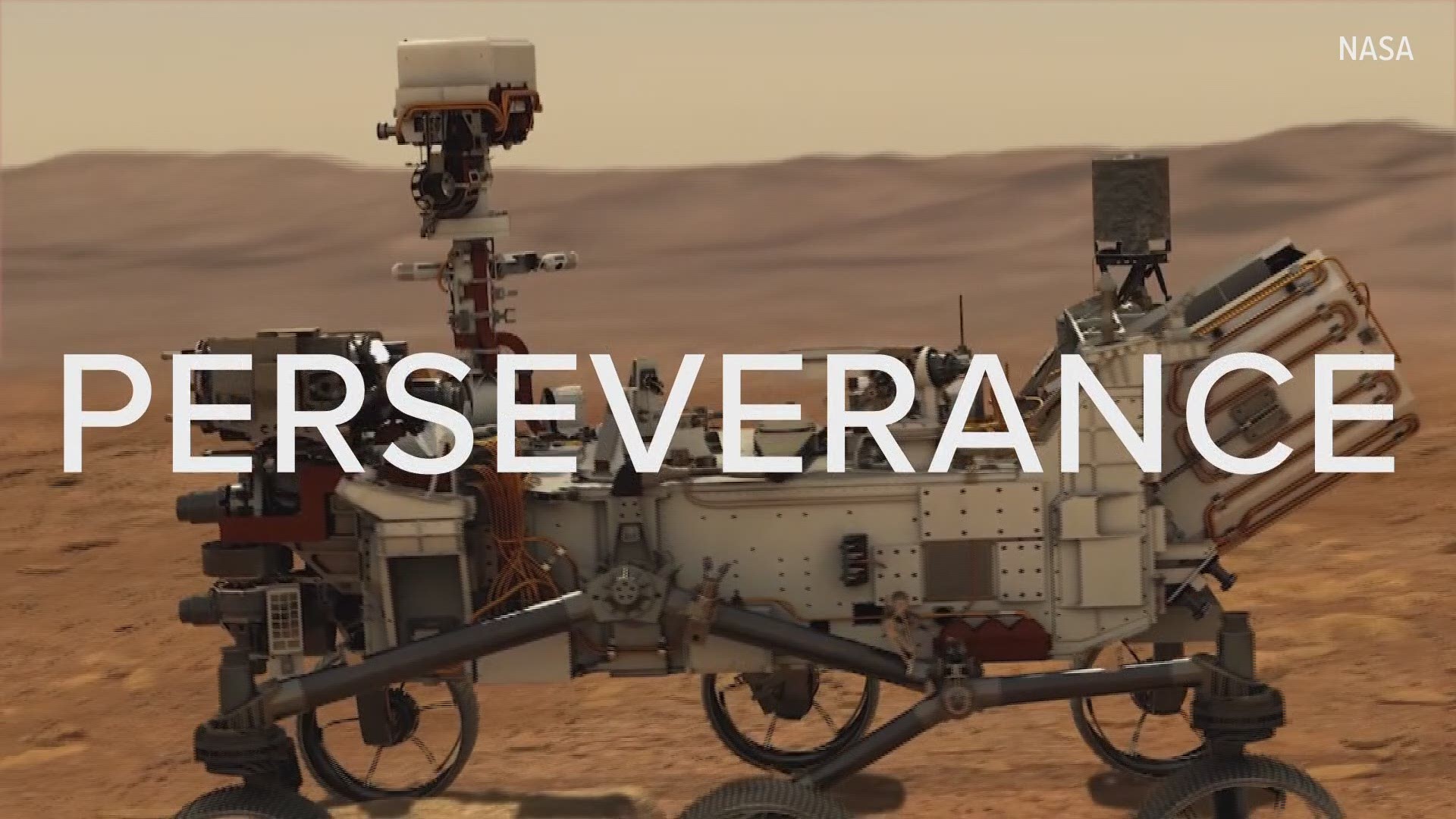 Now that the rover is on a seven-month journey to the red planet, here's what you need to know about Mars 2020 mission.

What type of rocket will launch the rover?

A ULA Atlas V ferried the rover to space in its payload section.

These rockets are 200 feet tall and can weigh up to 1.3 million pounds at liftoff.

An Atlas V rocket recently launched the Solar Orbiter on a mission to get closer to the sun than any other spacecraft in history.

In August 2019, an early morning launch of an Atlas V lit up the pre-dawn sky in Tampa Bay after launching from Cape Canaveral.

How many Mars missions have there been?

Including the Perseverance mission, NASA has had 22 Mars missions since the mid-1960s.

The first flyby and images of Mars came from the Mariner 4 spacecraft in 1965. The first U.S. spacecraft to land on another planet -- Mars -- was Viking 1 in 1976. The last transmission from the Viking 1 was in November 1982.

Since Viking 1, there have been nine other U.S. spacecraft that have landed on Mars.

While NASA lost contact with the Opportunity rover in June 2018, the Curiosity rover and InSight lander are both still in operation and continue to send data back to Earth.

RELATED: Mars InSight rover got stuck digging a hole. NASA told it to hit itself with a shovel

Where did the name Perseverance come from?

The name came from a seventh-grader in Virginia named Alexander Mather, who submitted an essay along with more than 28,000 other students.

In his winning essay, Mather said he wanted to be a NASA engineer when he grows up.

"This was a chance to help the agency that put humans on the Moon and will soon do it again," Mather told NASA. "This Mars rover will help pave the way for human presence there, and I wanted to try and help in any way I could. Refusal of the challenge was not an option."

Mather wrote in his essay: "The list (of past rovers) was good, but I felt like it was missing something. It was without the single most prominent characteristic in human beings -- perseverance, the ability to keep on pushing the limits and to recover in the face of tragedy."

RELATED: Green glow spotted around Mars for the first time

What is Perseverance taking to Mars?

From the most cameras and microphones ever to a specialized Mars helicopter and the names of millions of Earthlings, Perseverance will carry a lot on its car-sized shoulders.

Aside from a new suite of instruments to help search for signs of past life on Mars, the rover is also equipped with tech to help scientists figure out if and how the planet could be made suitable for human life.

During a mission briefing on Wednesday, NASA Administrator Jim Bridenstine called the mission an "astrobiology mission" to search for signs of past life on the planet. Bridenstine said NASA scientists know the planet was once habitable, but they don't know yet if Mars was actually inhabited by any forms of life.

And, with 19 cameras -- the most on any interplanetary mission ever -- we humans back on earth will get to see Mars in new detail.

About that Mars helicopter -- that's Ingenuity, which was made to spin about eight times as fast as a standard helicopter. With Mars's thin atmosphere, the copter had to be lightweight (about 4 pounds) but able to spin fast enough to lift itself off the planet's surface.

Also on Perseverance are two plaques to honor several million people back on Earth. One is a plate with "Explore as one" in Morse code and containing three chips with the names of nearly 11 million people who signed up to "go to Mars."

The second is a 3-by-5-inch black and white aluminum plate that shows the Earth atop a staff entwined with a snake -- a symbol of the medical community. This plaque honors all medical workers around the world battling the coronavirus pandemic.

Oh, and Perseverance isn't just taking stuff to Mars. NASA is working to have the rover stash a collection of rock samples for a future rover and to eventually ship those samples back to Earth. NASA and the European Space Agency are hoping to launch a pickup mission in 2026 with pieces of Mars landing on Earth by 2031 at the earliest.

RELATED: NASA's next Mars rover is brawniest and brainiest one yet

Credit: AP
This illustration made available by NASA depicts the Ingenuity Mars Helicopter on the red planet's surface near the Perseverance rover, left.

Credit: AP
FILE - In this Dec. 17, 2019, file photo made available by NASA, engineers watch the first driving test for the Mars 2020 rover Perseverance. in a clean room at the Jet Propulsion Laboratory in Pasadena, Calif.